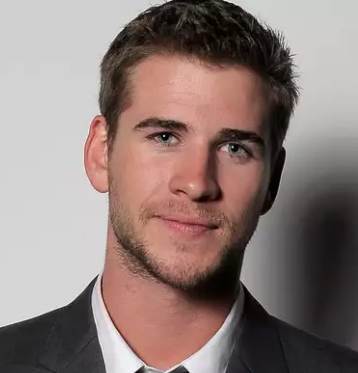 Liam Hemsworth is a renowned Australian actor. With his elder brothers’ indulgence in the acting field, it was no surprise that he would follow the footstep of his brother and enter into the silver screen. He played the roles of Josh Taylor in the soap opera Neighbours and Marcus in the children’s television series The Elephant Princess. He has also been a part of some American movies like The Last Song, The Hunger Games film series and Independence Day: Resurgence. He is a very talented actor.

Liam Hemsworth & Miley Cyrus’ House Burned Down By Wildfires. As three uncontrolled wildfires blaze throughout California, Liam Hemsworth has shared a photo showing all that’s left of the Malibu home he shared with fiancee Miley Cyrus. “It’s been a heartbreaking few days. This is what’s left of my house. Love,” he began the lengthy caption that accompanies a striking image of their burnt-out walls, with the charred remains of the letters “L-O-V-E” that once decorated the space. “Many people in Malibu and surrounding areas in California have lost their homes also and my heart goes out to everyone who was affected by these fires,” the 28-year-old Hunger Games star continued. “I spent the day in Malibu yesterday and it was amazing to see the community pulling together to help each other out in any way they can. Malibu is a strong community and this event is only going to make it stronger.”

Born as the youngest of 3 boys to Craig Hemsworth, a social-services counselor and a teacher of English, Leonie on 13th January 1990 in Melbourne, Australia, Liam Hemsworth spent some of his childhood in his birthplace and following the eighth birthday he moved to Philip Island. His nationality is Australian. His maternal grandfather is a Dutch immigrant, and his other ancestry is English, Irish, Scottish, and German. His birth sign is Capricorn and his religion is Christian.

At the period of high school, he appointed an agent as he wanted to enter the acting world. By the age of sixteen, he got the opportunity to appear in one episode of the TV show “Home and Away”. He then did a cameo in “McLeod’s Daughters”. In 2009, Liam flew to the United States with the aspiration of enhancing his career in Hollywood.

Talking about his body features, Liam has got a very hot body figure and charming face. Liam has got a tall height of 6 feet 3 inches. His balanced weight is 75 Kg. His waist size is 33 inches. His eye color is Blue and hair color is brown. His other body measurement will be updated very soon.

What is Liam Hemsworth Net Worth?

Best known for Neighbors and The Elephant Princess, Liam has garnered the net worth of $16 million as of 2018. The mainstream of his income is his profession i.e “acting”. His exact salary has not been revealed yet and will be updated very soon but there is no doubt in the mind of his follower that he is earning a considerable amount of salary from his career work.

Who is Liam Hemsworth Dating?

Liam Hemsworth is reportedly dating Australian actress Maddison Brown. Rumor of their romance sparked after they were seen together a couple of times.

Liam was previously married to singer Miley Cyrus. They got married in January 2016. However, their marriage did not last long. The couple amicably separated in 2019.

Previously, he has been linked to Laura Griffin from 2006 to 2009, Eiza Gonzalez in 2013.
The handsome hunk was spotted with Nina Dobrev several times and the rumor of them dating hit the media in 2014. Ambassador of a children organization “the Australia Childhood Foundation”, the kind-hearted actor has always been a part of social causes.

As a child and living on the island he loved surfing and used to spend the whole day surfing with his brother. Sky blue is his favorite color. He enjoys watching flicks, such as A Guide to Recognizing Your Saints, The Departed, Step Brothers, James Dean, and The Goonies. The 24 years old actor shares a strong bond with his friend Jennifer Lawrence and Josh Hutcherson.

Having been a major part of more than six flicks in just the precedent three years, the native of Melbourne is clearly hardworking and focused. The award-winning actor has been exploring every aspect of acting with his choice of characters. With his current ventures and upcoming ventures on the horizon, the blue the eyed Australian actor is determined to dominate Hollywood. It’s just been some years of his appearance in Hollywood, he has already been nominated in several categories and has won awards like Young Hollywood Breakthrough of the Year, Teen Choice Awards Male Breakout, People Choice Awards and more. He is active in social networking sites like “Twitter”. More information about Liam can be found in the wiki. His biography can be found in different internet sites.

Our contents are created by fans, if you have any problems of Liam Hemsworth Net Worth, Salary, Relationship Status, Married Date, Age, Height, Ethnicity, Nationality, Weight, mail us at [email protected]