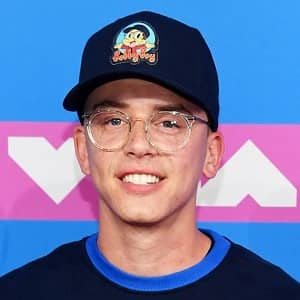 Logic AKA Sir Robert Bryson Hall II is an American rapper, singer, record producer, and songwriter. Besides, he is also an author. He is a Grammy Award nominee and has released six albums so far.

Where was Logic born?

Logic was born on January 22, 1990, in Rockville, Maryland, the U.S. As of 2020, his age is 30. His birth sign is Aquarius. His father‘s name is Robert Bryson Hall but he has not revealed the name of his mother.

Apparently, he does not have a very good relationship with his mother and she reportedly tried to ‘strangle’ him and even called him the ‘n-word’. He had troubles in his childhood as his father was a cocaine addict and his mother an alcoholic.

His ethnicity is half African-American and half White and holds American citizenship.

Talking about his education he joined the Gaithersburg High School, Gaithersburg, Maryland. Unfortunately, he was expelled because of not attending the classes. As a result, he was not able to graduate his high school. He also said that he is bad at studying. So, that school sends him out.

How did Logic start his career?

He was interested in raping careers after listening to different rap groups and hip hop crew. At the beginning of his career, he went by his stage name called Psychological. Logic unofficially released his first-ever mixtape titled,  Psychological – Logic: The Mixtape. He was also able to perform these tracks in various stages. Later, his stage name Psychological becomes logic.

He received many critics and a good response to pursue his career from these mixtapes.

Logic debut album titled Under Pressure is released, in 2014. This album successfully made it up to the 200 top Billboard r&b music. After two years, On May 5, 2017, he came with a new album called, Everybody. This album also featured other famous singer-songwriters like Damian Lemar Hudson, Alessia Cara, and Khalid.

The song from this album titled, 1-800-273-8255, created in associated with National Suicide Prevention Lifeline is also nominated for a Grammy award.

On July 16, 2020, Logic announced about retiring from his rapping career. Furthermore, he also said that his sixth album, No Pressure will be his last album.

How tall is Logic?

Logic is 5 feet 11 inches tall and weight is around 60 kg. He has blue eyes and brown hair.

What is the net worth of Logic?

He is a famous and well-paid rapper. His estimated net worth is approximately $ 14 million.

He bought a house in Calabasas, California, which worth $3.57 million.

Currently, Logic is married to Brittany Noell, in September 2019. Together they have one son.

Prior to that, on October 22, 1015, he tied a knot with his girlfriend, Jessica Andrea, who is a singer. However, they both split up after filed for divorce in March 2018.

Our contents are created by fans, if you have any problems of Logic(Sir Robert Bryson Hall II) Net Worth, Salary, Relationship Status, Married Date, Age, Height, Ethnicity, Nationality, Weight, mail us at [email protected]