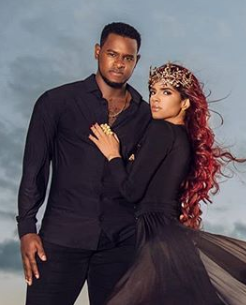 Luis Severino is a Dominican professional baseball pitcher, who currently plays for the New York Yankees. He made his MLB debut in 2015. Due to the terrific performance, he was named an All-Star in 2017. He was also named an All-Star in 2018. He missed most of the 2019 season due to shoulder injuries. Let’s explore more about him through this article.

What is Luis Severino famous for?

How old is Luis Severino?

Recalling her early life, Luis Severino was born in the year 1994. Currently, he aged 26 years old. His place of birth is Sabana de la Mar, Dominican Republic. He is Dominican by nationality. Born with the most defining qualities, his zodiac sign is Pisces. Information regarding his parents, siblings and his academic qualification are yet to be disclosed.

When was Luis Severino drafted?

Moving towards his career, Severino was passionate about the game baseball from an early age. He signed to New York Yankees as an international free agent, agreed on a $225,500 signing bonus on December 26th, 2011.

That same year, He made his professional debut in the Dominican Summer League. In 64 1⁄3 innings, He started all 14 games, pitching to a 4-2 win-loss record with a 1.68 earned run average (ERA) and 45 strikeouts.

Due to his performance, He was promoted to the Charleston RiverDogs of the Class A South Atlantic League.

Before the 2014 season, He ranked by Baseball America as the Yankees ninth-best prospect.

Before the 2015 season, MLB Pipeline ranked Severino the best prospect in the Yankees farm system and 23rd best out of all minor league players.

With a severe injury to Michael Pineda, He got an excellent opportunity, and made his major league debut against the Boston Red Sox, at the Yankee Stadium.

He pitched five innings in his debut, had two hits, two runs, with seven strikeouts and no walks. He also underwent an injury during the 2016 seasons. On May 30th, he activated from the disabled list.

On July 2nd, 2017, He was named to the American League All-Star team alongside with teammates Aaron Judge, Gary Sanchez, Starlin Castro, and Dellin Betances.

On March 17th, 2018, the Yankees named him their Opening Day starter. He struck out seven and allowed one hit in ​5 2⁄3 innings against the Toronto Blue Jays.

On February 15th, 2019, He signed a four-year, $40 million contract extension that included a club option for a fifth season worth an additional $12.25 million.

On February 25th, 2020, it was announced that he would undergo Tommy John surgery to repair a partially torn UCL in his right elbow, ending his 2020 season.

Reflecting on her personal life, Severino married his long-term girlfriend upon having an affair in 2014. The couple celebrated their marriage along with the presence of some important guests and relatives, and players of Yankees.

Before being knotted, the duo dated for several years. Together, they have a lovely daughter, Abigail, who was born in July 2015. Since getting married, they enjoying their conjugal life and the love and passion for each other are increasing with every passing day.

How much is Luis Severino’s worth?

Being a baseball player, Severino has outstanding cash earnings, salaries, and incomes from his profession in the field of the sports industry. Based on some online reports, his estimated net worth said to be $6 million at present. However, his salary and assets details are yet to be disclosed.

How tall is Luis Severino?

observing his body statistics, Severino has a great persona and physical appearance to endeavor it. He has a good height of 6 feet. He has a balanced weight of 88 Kg. His other body information is yet to be disclosed. In the case of disclosed, we will let you know.

Our contents are created by fans, if you have any problems of Luis Severino Net Worth, Salary, Relationship Status, Married Date, Age, Height, Ethnicity, Nationality, Weight, mail us at [email protected]