Mike Ponser is an American singer, songwriter, record producer, and a poet. 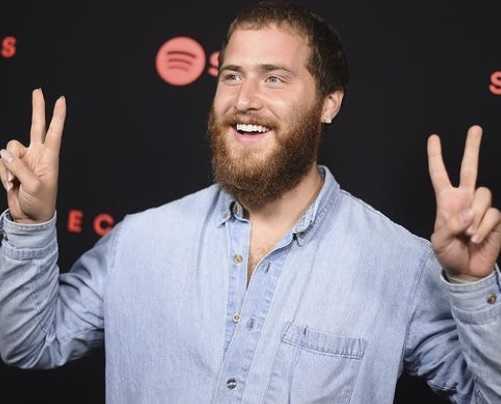 An American singer, songwriter, record producer, and a poet is named as Mike Posner. His full name is Michael Robert Henrion Posner. His songs are based on pop, folk, R&B, hip-hop, electropop genre. Some of his famous songs are “Cooler than Me”, “Please Don’t Go”, “Bow Chicka Wow Wow”, and “I Took a Pill in Ibiza”. He was awarded the 2011 ASCAP Award for his first single “Cooler Than Me”. He has written some of the famous songs for other artists such as Pharrell Williams, Big Sean, Wiz Khalifa, Snoop Dogg, Nick Jonas, and many more. Some of the famous songs he has co-written are “Boyfriend” for Justin Bieber, “Beneath Your Beautiful” for Labrinth, and “Sugar” for Maroon 5. He has released two albums, ’31 Minutes to Takeoff’ in August 2010 and ‘At Night’ in May 2016.

Mike Posner performs at the half-time show in a Thanksgiving NFL game between Detroit Lions and Chicago Bears and gets roasted over the internet. “Cooler Than Me” and “I Took a Pill in Ibiza” hit-maker was made fun more than praised at his hometown. Audiences and viewers expected the tradition of featuring popular artists in the Thanksgiving halftime show. However, the “I Took a Pill in Ibiza” hitmaker wasn’t as much as popular as expected. Many took over the internet to roast his performance and his new look with a beard. They even compared his new beard look to that of Bob Ross.

The full name of Mike Posner is Michael Robert Henrion Posner. He was born on 12 February 1988. His birthplace is Detroit, Michigan in the United States. He was born to Jon Posner and Roberta Henrion. He has an elder sister named Emily Posner. He holds American nationality. He grew up in Southfield, Michigan. As a child, he went to Bingham Farms Elementary School. He then attended Berkshire Middle School and completed his high school studies from Groves High School. He graduated with a B.A. in Sociology from Duke University. His father is Jewish and mother is Catholic.

Mike Posner is unmarried and is reported to be single. No rumors about his affairs with anyone has hit the news. Moreover, it can be assumed that he likes to keep his personal life out of the limelight. However, he was linked with another singer Miley Cyrus in 2010. Posner clarified the rumor to be false at the time.

Mike Posner stands 1.78m ie. five feet and ten inches tall. He has a body weight of 170 lbs ie 77 kg. He has an athletic body build. His eye color is brown and has a gray colored hair color.

Net Worth of Mike Posner

As of 2018, the net worth of 30-years old Mike Posner is estimated at around $8 million. Currently, he is working for his third studio album and has already released the lead single titled “Song About You” from the album.

Our contents are created by fans, if you have any problems of Mike Posner Net Worth, Salary, Relationship Status, Married Date, Age, Height, Ethnicity, Nationality, Weight, mail us at [email protected]