Award-winning country singer Naomi Judd is no more. She was 76. Her daughters, Ashley Judd and Wynonna Judd shared this sad news with Associated Press.

Naomi Judd and her death

The talented and famous country singer, Naomi Judd is no more. She died on 30 April 2022. Naomi was just 76 at the time of her death. Her daughters, Ashley Judd and Wynonna Judd broke this sad news with a statement to Associated Press the same day. The statement read:

“Today we sisters experienced a tragedy. We lost our beautiful mother to the disease of mental illness,”

“We are shattered. And we are navigating profound grief and know that as we loved her, she was loved by her public. We are in unknown territory.”

Naomi struggled with mental illness. She had chronic depression.

For many years now, Naomi had battled with mental depression. She also had suicidal tendencies. She had revealed this in her tell-all memoir called River of Time that she released in 2016. In it, the Kentucky native had talked about that time of her life when she had thought of committing suicide. It was in 2013 when she had thought of jumping off the Natchez Trace Parkway Bridge in Nashville, Tennessee. She wrote:

“I knew exactly how I was going to carry out my suicide. And I would drive my car to the very center, the highest point, and in one swift motion open the car door and climb over the railing,”

“I’d keep my focus on the beauty of the surrounding countryside, spread my arms out, and step off.”

Naomi’s career and relationship with daughters

The singer formed a mother/daughter duo with her daughter Wynonna. They had an excellent career together with fame coming to them in the 1980s. They had five Grammy awards to their credit and the singles were no. 1 on the music charts fourteen times.

Naomi’s relationship with her daughter’s had been tumultuous. In 2013 in an interview she had revealed that though the relationship was better now, there were some painful wounds that might never heal. She had said:

“We have the most fabulous relationship,”

In 2011, Ashley had written a memoir in which she criticized her mother and her upbringing. About this book, Naomi had said:

“I think every parent who really wants to have a healthy relationship with their child wants to know their child’s reality, because parents and children usually have very diverse realities,”

“But I haven’t finished reading but I want to acknowledge her reality and read the whole book. I owe it to Ashley.”

All three were in Naomi’s therapy together. Naomi had said:

“We may never discuss certain issues, except in the presence of our therapist. We have an awesome family therapist of 13 years now who sees each of us individually as well as in a family unit.”

Wynonna married Cactus Moser in Nashville which neither Naomi nor Ashley attended. After a period of estrangement, the Judds had restarted earlier this year. They had decided to do a tour this coming Fall. Also, on 30 April, they were to be inducted into Country Music Hall of Fame. Naomi’s husband, Larry Strickland is alive. 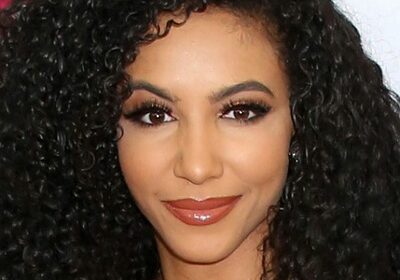