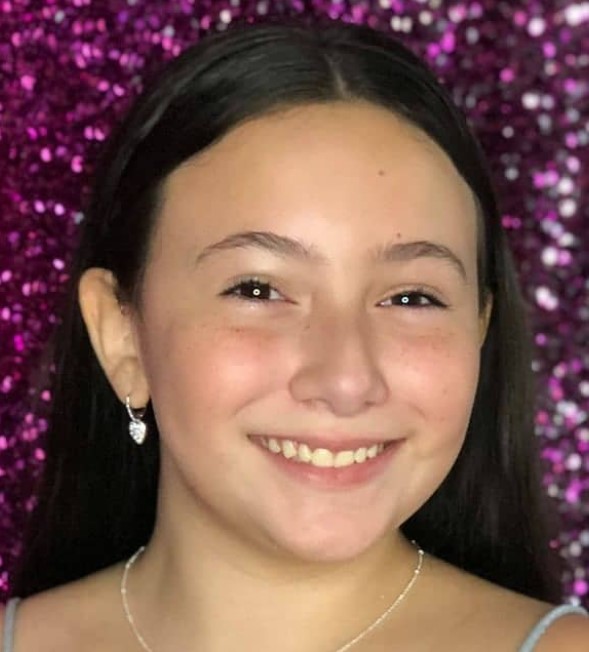 Roberta Battaglia is an 11 years old dynamic young singer from Canada who got her breakthrough at a young age of 10 when she auditioned for “America’s Got Talent” with the Bradley Cooper and Lady Gaga iconic song, “Shallow”. Her marvelous performance earned her golden buzzer on June 2, 2020, during AGT’s second night of audition.

Battaglia became one of the names in the history of AGT when Sofia Vergara, the show’s new judge pressed Golden Buzzer making her performance Vergara’s first ever-Golden Buzzer act.

Born in 2009, Battaglia began singing at a tender age of 3 alongside her father, Alessandro, who is also a musician. She has a very powerful voice, also she combines her love for music and people with her own charitable initiative; on which she says, “I just want to make people smile. I love making people happy.”

Not only her soothing and powerful voice but also her kind heart has made her win the hearts of all the judges and many people all around the world. Besides, she is also quite popular on social media sites with over 40k followers on her official Instagram: @robertab.official which is run by her parents.

What is Roberta Battaglia Famous for?

Famous as one of the contestants on season 15 of America’s Got Talent.

Where was Roberta Battaglia Born?

Roberta Battaglia was born on August 22, 2009, in Toronto, Ontario Canada. Her birth name is Roberta Battaglia. Her nationality is Canadian. Battaglia belongs to White ethnicity and is of Italian descent while Leo is her zodiac sign.

Roberta was born as the daughter to her Italian parents who moved to Canada from Italy in 2008, a year before her birth. Her father, Alessandro, is also a singer seeing whom Roberta got inspired at a very young age as her mom says she would pick up his microphones from a young age. Inspired by her father, she began singing when she was just a 3 years old baby and grew up singing alongside her father in different cities of Canada. Their first duets together were when she was a toddler where they performed “Mi scappa la pipì”.

When she went for interviews she has always mentioned her dad saying, “It’s because of him that I’m where I am and doing what I do”. Furthermore, both of her grandfather and great grandfather were music teachers in Italy. She also has studied her craft via academy singing instruction and has already received recognition in other competitions including “Hidden Talent Toronto”.

Roberta Battaglia on “America’s Got Talent”(AGT)

Roberta Battaglia began her career when she went on for her audition on season 15 of the popular reality show, “America’s Got Talent”. She moved all the way from Canada to America for the audition along with her supportive mother. It was the second night of the AGT audition, where she performed the Bradley Cooper and Lady Gaga “A Star Is Born” ballad song, “Shallow” in front of judges Simon Cowell, Sofía Vergara, Heidi Klum, and Howie Mandel.

Performed with grace and poise her marvelous performance made judges in shook by her voice and how it sounded more mature than her age, just then they knew that they were witnessing something special. Also, she was too nervous to sing at the beginning as AGT is the biggest stage, so host Terry Crews brought her some water after that what everyone witnessed was unbelievable as she sang with a rich voice, hard enough to believe a ten-year-old can possess.

Not only her performance set a benchmark on the show, she didn’t hesitate to speak up about her childhood bullies about how she was treated and how she has been going through it and was also able to give a strong message about not letting negativity get in the way of one’s dreams. Those words coming from a 10 years old was a lot for the judges especially for the new judge Sofia Vergara who couldn’t hold her feelings and slammed her hand on the golden buzzer saying, “You know what? Let’s see who’s going to bully you after this”.

With the golden confetti shower on Battaglia, she made history becoming Vergara’s first-ever golden buzzer winner. While she was happy winning her Golden Buzzer, she said, “I Might only be 10 years old, but I have big dreams” after the show. Since then, she has been giving more powerful performances on the stage of AGT.

Battaglia made up to the AGT finale on September 22, 2020, where she performed the song, “Scars to Your Beautiful” by Alessia Cara unleashing her powerful vocals and hitting astonishingly high notes in the end. AGT Judge Howie Mandel also had an opinion that she might be the AGT’s winner since she was the audience favorite throughout the season.

However, the winner of America’s Got Talent’s Season 15 was Brandon Leake, Judge Howie Mandel’s Golden Buzzer winner and AGT’s first-ever spoken word poet to compete while Battaglia was one of the last four standing during the elimination countdown. Despite the fact that she couldn’t win the title, she bade goodbye to the show with her words, “This is only the beginning. I love you, judges. Thank you to the world.”

Before AGT, she had finished second place on the CNE Rising Star Talent Competition for juniors in 2019. Following her success on the grand stage of AGT, the organization has announced its support via social media. It was not only limited to that as back in March 2019, she had gained attention for covering the same iconic song, “Shallow” on the Canadian morning show, “Breakfast Television” when she was just 9 years old. To date, the Youtube video of her performance has over 881,000 views.

Besides, Roberta is fluent in both English and Italian and has a great performance with a diverse repertoire of music in both languages ranging from ballads and top-40 hits to high-octane pop. She has named Pink, Etta James, and Aretha Franklin as her strongest influences and has mentioned her dream to sing with Pink someday.

Roberta Battaglia has just turned 11 in August 2020 and is focusing on her career rather than her personal relationships. She has a kind heart as she has herself raised $3,000 for Toronto’s Sick Kids Hospital and even has sold bracelets to raise money to help needy ones. She is also a dog owner.

What is the Net Worth of Roberta Battaglia?

Roberta Battaglia, an 11 years old girl from Toronto has reached the height of success that every singer wishes for even though she is just in her teens. Her million worth performances and music have somehow managed her to have few earnings which might be around a thousand dollars.

As one of the contestants on season 15 of AGT, Battaglia couldn’t win million dollars but that show has undoubtedly opened several doors for her. With her successful route in music, it will take no longer time for her to have a million worth net worth when she will be in her 20s.

How Tall is Roberta Battaglia?

Roberta Battaglia is a beautiful girl in her early teens. With her marvelous talent, powerful voice and kind heart, Battaglia has managed to win several hearts all around the world. As of 2020, she stands tall with a height of 4ft. 4inch. while her body weighs around 39kg. She has a fair complexion with long brown hair and brown eyes.

Our contents are created by fans, if you have any problems of Roberta Battaglia Net Worth, Salary, Relationship Status, Married Date, Age, Height, Ethnicity, Nationality, Weight, mail us at [email protected]