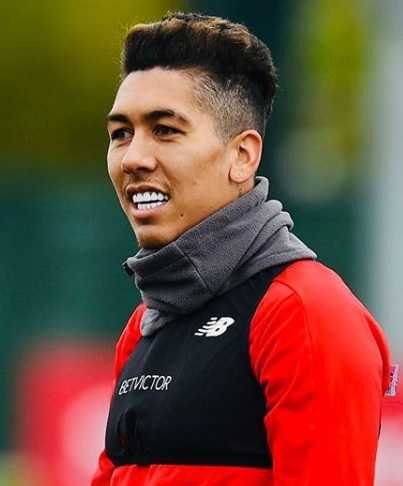 Roberto Firmino Barbosa de Oliveira, professionally known as Roberto Firmino is a Brazilian professional football player who plays for Premier League club Liverpool and the Brazil national team. He wears shirt number 9 at Liverpool. He plays in the attacking midfielder position. He also plays as a forward or winger. In 2009, he started his football career at the Brazilian club Figueirense. Later, he joined German club Hoffenheim, where he played four and half seasons before joining the English side in 2015. He was named Bundesliga Breakthrough of the Season 2013-14 and was included in the 2017-18 UEFA Champions League Squad of the Season. He made his international debut for Brazil in 2014.

One of the “Fab Three”, Roberto Firmino had an amazing farewell to the year 2018, as he scored a hat-trick against Arsenal on 29 December 2018. Liverpool defeated Arsenal 5-1 at home. Liverpool proved best throughout the game and they were leading 4-1 before halftime.

However, Arsenal took the lead in the 11th minute when Ainsley Maitland-Niles scored the goal for Arsenal.

In response, the Brazilian scored 2 back-to-back goals within 90 seconds in the minute 14′ and 16′. Sadio Mane scored in the 32nd minute and Mohamed Salah scored via a penalty in the added time of the first half giving the Liverpool side a 4-1 lead in the first half.

Firmino completed his hat-trick adding one more in the 65th minute via a penalty.

The career of Roberto Firmino

The German club, 1899 Hoffenheim signed him in 2010. He played 5 seasons at Hoffenheim and scored a total of 49 goals in all competitions for the club.

English club Liverpool signed Brazilian for 29 million pounds ahead of the 2015-16 season. He has already scored 50 goals in all competitions in his first three seasons at the club. The attacking team of Liverpool during the 2017-18 season, Mohamed Salah, Philippe Coutinho, Sadio Mane, and Firmino was given the name “Fab Four”, in reference to the rock band The Beatles. Coutinho departed from Liverpool during the midseason to Spanish club Barcelona. The three remaining players were named “Fab Three”.

He became the highest scoring Brazilian player in the Premier League history after scoring a hat-trick against Arsenal on 29 December 2018.

Firmino led Liverpool to the 2015-16 Football League Cup and UEFA Europa League and the 2017-18 UEFA Champions League, where the club finished all the finals as runners-up.

Firmino made his international debut for Brazil on 12 November 12, 2014, in a friendly match against Turkey. Later, he represented Brazil’s national team at the 2015 Copa America and 2018 FIFA World Cup.

Roberto Firmino is a married man. He is married to Larissa Pereira. Previously, they started dating in 2013. They tied a knot to each other in June 2017. The couple is blessed with two daughters.

Net Worth of Roberto Firmino

The net worth of Roberto Firmino is estimated at around $30 million. His reported weekly wages is 120,000 pounds. He has endorsed Adidas and Imprint.

Our contents are created by fans, if you have any problems of Roberto Firmino Net Worth, Salary, Relationship Status, Married Date, Age, Height, Ethnicity, Nationality, Weight, mail us at [email protected]