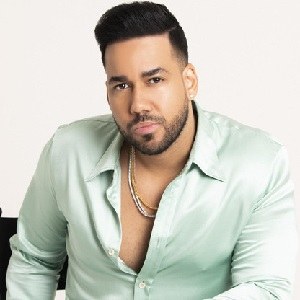 Romeo Santos is a singer-songwriter, actor, and record producer. He is also a former lead vocalist of the bachata band ‘Aventure’. His hit song titled ‘Propuesta Indecente’ and ‘El Farsante’ has over 1 billion views on YouTube.

Where was Romeo Santos born?

Romeo Santos was born as Anthony Santos, on July 21, 1981, in New York, New York, US. His birth sign is Cancer. As of 2020, he is 39 years old. He was born to a Puerto Rican mother and Dominican father. His father is worked in construction and his mother is a homemaker. He has one sibling sister, Laura Santos.

When did Romeo Santos start his Music Career?

Romeo Santos was keenly interested in singing from his young age. So, he used to sing in a church choir. In 1996, he formed a musical band named, Aventura, with his friends, Henry Santos, Lenny Santos, and Max Santos. In 1999, they released their debut album. Aventura band released about five studio albums. Which includes top hits songs like, obsession, Cuando Volveras, Amor De Madre, Los Infieles, Por Un Segundo, etc. However, the band was broke in 2011. After that, he is focused on his solo career.

As of November 8, 2011, he released his first solo debut studio album title, Formula, Vol. 1. His song titled ‘You‘, included in the Hot Latin Songs and Tropical Songs chard. He also collaborates with a famous singer Usher in the song, ‘Promise’. Later, he released his second album with the same name with vol. 2, on February 25, 2014. He works with various singers and musicians like Drake, Niki Minaj, Marc Anthony, Carlos Santana.

In 2017, his third album, Golden was released. Similarly, his fourth studio album Utopia was released in April 2019.

What about his acting career?

His acting career begins when appeared in the Dominican movie ‘Sany Panky’, alongside his band member from Aventura, in 2007. In April 2015, he got an opportunity to work alongside Vin Diesel, Dwayne Johnson, and Paul Walker, in the action, adventure movie, Furious 7. He is also a voice artist who gave his voice in the 2016, animated movie, The Angry Birds Movie.

How tall is Romeo Santos?

He is 6 feet tall and weight is around 75 kg. He has shiny black hair and dark brown eyes.

How much is Romeo Santos worth?

Santos’s net worth is approximately $30 million. He is a singer-songwriter, record producer, and American actor. So, he earns a good sum of money through his acting and musical career. His combined average salary is between $80 k to 150 k.

Is Romeo Santos in a Relationship?

Talking about his relationship status, Romeo Santos is not married to anyone. He has not revealed his relationship with anyone. he wants to keep his partner’s name private. However, he has two children. In 2019, he made an announcement of having a second child through his Instagram. According to the source, his second child is a boy. In one of his interviews with The Breakfast Club, he said that he loved his kids and has a good relationship with his kids.

Previously, he was in a relationship with Samantha Medina. Together they have a first child name, Alex Damian Santos, who was born in 2002.

Our contents are created by fans, if you have any problems of Romeo Santos Net Worth, Salary, Relationship Status, Married Date, Age, Height, Ethnicity, Nationality, Weight, mail us at [email protected]