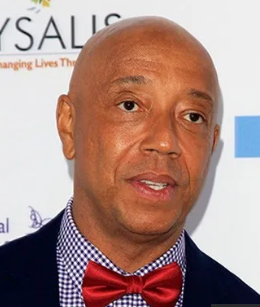 Russell Simmons hailed as a hip-hop visionary and one of Time magazine’s Top 25 Most Influential People of the Last 25 Years, was instrumental in taking hip-hop music to the forefront. He is the co-founder of the record label Def Jam, which has helped launch the careers of many artists, including the Beastie Boys, Jay Z, Foxy Brown, and Ludacris.

As a filmmaker, record producer, entrepreneur, and prosperous businessman, he has worked on a variety of projects. He wears several hats, and in addition to his music empire, he also owns Phat Farm, a popular clothing line. He is also the creator of the Argyleculture and American Classics clothing lines. He is a Goodwill Ambassador for the UN Slavery Memorial and frequently contributes to the Huffington Post. He is a dedicated environmentalist who practices veganism and Ahimsa and was awarded the PETA Humanitarian Award in 2001. Let us learn more about him by reading this post.

What is Russell Simmons well-known for?

A prominent figure in the hip-hop music industry who worked tirelessly to bring oppressed voices to a wider audience.

Simmons was born in Queens, New York City, United States, according to his biography. In terms of race, he is an American of mixed ethnicity. Libra is his zodiac sign.

He was also born to Daniel Simmons, Ph.D., and Evelyn Simmons. He has two painters siblings, Daniel Simmons Jr. and Joseph Simmons. He had a strong interest in hip-hop music since he was a child, and he started learning at a young age. Simmons received his education at August Martin High School, where he graduated with honors. He went on to City College of New York in Harlem after that.

Moving on to his personal life, Simmons began his career as a rapper. He and Rick Rubin co-founded Def Jam Records, a hip-hop music label, in 1983. In 1996, Rick sold his business to Universal Music Group for $120 million.

He also produced and starred in the film Krush Groove in 1985. He also serves as the chairman and CEO of Rush Communications. In addition, he and Stan Lathan co-produced HBO’s Def Comedy Jam and Def Poetry Jam.
In 1996, the veteran businessman also co-produced Eddie Murphy’s hit film The Nutty Professor.

RushCard, a prepaid debit card company, is also co-founded by him. Aside from that, he has done voluntary work in the city.

Since 1999, he has been a proponent of animal rights, as well as environmental and health benefits. In 2002, he was elected chairman of the board of directors of the Foundation for Ethnic Understanding.

In addition, he is a supporter of the Somaly Mam Foundation. In addition, on Richtopia’s list of the 200 Most Influential Social Entrepreneurs and Philanthropists in the World, this well-known producer was ranked number 23.
In 2011, he published Super Rich: A Guide to Having It All, a book that aimed to help people achieve great wealth and prosperity. The book blends spiritual wisdom with practical advice.

In 2017, he was named number 23 on Richtopia’s list of the 200 Most Influential Social-Entrepreneurs and Philanthropists in the World.

On December 13th, 2017, the Los Angeles Times published an investigative piece in which five women accused Simmons of sexual harassment, including attempted rape.

On the same day, the New York Times reported the accounts of four more women who accused him of sexual misconduct, including three alleged rapes. In response to the allegations, he said that he “I’ve never had a consensual or legal sexual relationship. At any time.”

According to his personal life, Simmons was previously married to Kimora Lee Simmons. The couple married in 1998 after being together for several months. Jamel Simmons, Aoki Lee Simmons, and Ming Lee Simmons are their three children. However, after 11 years of marriage, they were unable to maintain their relationship and divorced in 2009.

Throughout his married life, he has had several extramarital affairs. Before his divorce, he had relationships with Veronica Webb, Amber Smith, Katie Rost, and a few others. He was also seen with a slew of other beautiful women, including Karin Taylor, Cynthia Bailey, Julie Henderson, and a slew of others.

There was also talk of Sophie Monk and Mary Young having a couple of relationships. He was also seen with Shannon Elizabeth, Hana Nitsche, Sasha Volkova, and Melissa George. He is now enjoying his single life and making the most of it.

What is Russell Simmons’ net worth?

As a record executive and entrepreneur in the film industry, Simmons earns a decent living and is well-known. His total net worth is estimated to be $340 million, according to some online outlets. His pay, on the other hand, has yet to be revealed.

Simmons is 5 feet 9 inches tall and weighs about 86 kilograms, according to his body measurements. He, too, is bald and has a pair of black eyes. Apart from that, there is no detail about his other body measurements. If there is an update, we will notify you.

Our contents are created by fans, if you have any problems of Russell Simmons Net Worth, Salary, Relationship Status, Married Date, Age, Height, Ethnicity, Nationality, Weight, mail us at [email protected]