Sebastian Stan is a Romanian-American actor. On television, he has played Carter Baizen in Gossip Girl, Prince Jack Benjamin in Kings, Jefferson in Once Upon a Time, and T.J. Hammond in Political Animals. 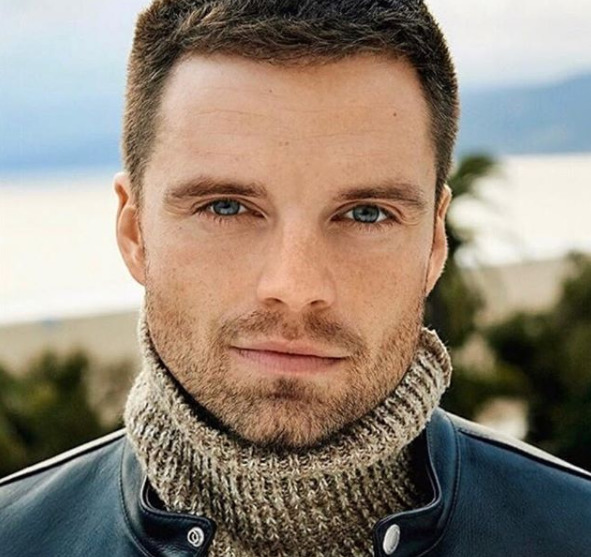 Who is Sebastian Stan? What makes him famous?

Sebastian Stan adds up to the growing number of thespians on the rise who have got a lot more to prove in Hollywood. Popularly, he is known as the prolific actor of  Romanian heritage who gained wide traction after his role as James ‘Bucky’ Barnes a.k.a the ‘Winter Soldier’ in the films, Captain America: The Winter Soldier and Captain America: The First Avenger. Do read on for more compelling facts about his early life and relationships.

First impressions mean everything, so it’s pretty nice that Sebastian Stan has been able to meet Gwyneth Paltrow three times.

The Avengers: Endgame actors may have starred in at least three movies together, but that doesn’t mean they are well-acquainted. In fact, the actor who plays Bucky Barnes says that he has met the famous Pepper Potts actress on at least three separate occasions.

So when Sebastian ran into Gwyneth at the Valentino Couture Show in Paris, he probably wasn’t surprised when the Goop founder didn’t recognize him. He jokes on Instagram, “Also glad I got to reintroduce myself to @gwynethpaltrow for the third time. We are in the same film.

Sebastian shouldn’t take this to heart though, because this isn’t the first time that Gwyneth has forgotten about co-stars or movies she’s starred in for that matter.

Most recently, the 46-year-old forgot that she had a small role in the Marvel film, Spider-Man: Homecoming. During a hilarious appearance on Jon Favreau’s Netflix show, The Chef Show, she was asked, “Remember we were in Spider-Man?”

“We weren’t in Spider-Man,” Gwyneth responded. After some back and forth, she told Jon that she recalls being in Avengers, but never a Spider-man film.

Then, finally, Jon said, “Remember, Spider-Man at the end, and Tom Holland’s there and you’re gonna walk out and do a press conference?”

Tom Holland later referenced this in an interview with PopSugar and said that the fact that she doesn’t remember “still to this day breaks my heart.” Although, he did make an appearance in a photo of Gwyneth and Robert Downey Jr.. on her Instagram, where she dotingly referred to him as “that other guy.” Aww!

Who are the parents of Sebastian Stan?

Back to his early life, Sebastian Stan was born in Constanta, Romania. His nickname is Chubby Dumpling, Serbs, Baz. His birth name is Sebastian Stan. Anthony Fruhauf is his stepfather and he is the headmaster of Rockland Country Day School and his mother is Georgeta who worked as a pianist. He has no siblings.

Sebastian raised in the United States since he was 12 years old. At the age of 8, he and his mother moved to Vienna where his mother was employed as a pianist. After four years he moved to New York. He started performing at an early age. When he was two years old, his parents got divorced. His nationality is Romanian-American.

Regarding his education, He attended Rutgers University. He studied abroad for a year in the United Kingdom. He finished high school at Rockland Country Day School. Taking toward his graduation, he enrolled in ‘Mason Gross School of the Arts’. He was granted US citizenship in 2002.

When did Sebastian Stan pursue his acting career?

Talking about his career, Stan has been appearing in plays and films since 2003. He appeared in 11 episodes of Gossip Girl beginning in 2007. From the beginning, his role was liked by many people but  2010 was when his career really began to take off.

That year, Stan appeared in Darren Aronofsky’s ballet thriller, Black Swan, and also began filming the supernatural horror film, The Apparition. To date, the talented actor has appeared in numerous numbers of television series and films. Some of them are.

More recently, Stan appeared in the television series, I’m Dying Up Here and films, Logan Lucky, I’m Not Here. Likewise, his new movies are releasing soon such as The Last Full Measure, The Devil All The Time, 355, etc.

Reflecting on his personal life, Sebastian Stan’s marital status is single. But in the past, he has dated Leighton Meester, Dianna Agron, and Jennifer Morrison. Likewise, he also had a relationship with Revenge actress Margarita Levieva. He started dating Spanish actress Alejandra Onieva in 2020.

Other information related to his married life divorce and affairs is not revealed yet. And he has kept it out of the spotlight, media and as well as public.

How much net worth Sebastian Stan owns?

The handsome and talented, Stan earns a handsome amount of money from his multiple professions. But makes huge money from his acting professions. Allocating information from several sources as of 2019, it is found out that Sebastian stan current net worth is estimated to be around $4 million.

Analyzing his on-screen works, he appears to be making huge money in the coming days. Moreover, Stan also owns a number of luxurious cars including the Jaguar Piecha. He also owns a vintage car.

Apart from his acting professions, Stan is also popular on social networking sites like Instagram. He has millions of followers on it.

How tall is Sebastian Stan?

Observing his body statistics, He has a perfect height of 6 feet with an athletic body build. Similarly,  He has a weight of 78kg. His hair is Light Brown in color. His eye is Blue in color. Further, his other body information is yet to be disclosed. in the case of disclosure, we will let you know.

Our contents are created by fans, if you have any problems of Sebastian Stan Net Worth, Salary, Relationship Status, Married Date, Age, Height, Ethnicity, Nationality, Weight, mail us at [email protected]