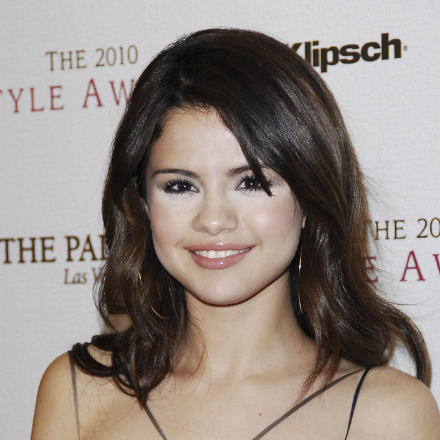 Selena Marie Gomez from the USA is an American singer, songwriter, actress, as well as a television producer. She firstly gave an audition for the children’s series Barney & Friends and made her role. After that, she was widely recognized for her portrayal of Alex Russo on the Emmy Award-winning Disney Channel television series Wizards of Waverly Place, which aired from 2007 until 2012. She has also made her role in movies. Some of her movies are Another Cinderella Story (2008), Princess Protection Program (2009), Wizards of Waverly Place: The Movie (2009), Ramona and Beezus (2010), and Monte Carlo (2011). Thereafter, she focused on more mature roles in Spring Breakers (2012), Getaway (2013), The Fundamentals of Caring (2016), and The Dead Don’t Die (2019). Moreover, she also serves as an executive producer of the Netflix television drama series 13 Reasons Why (2017-present) and the Netflix documentary series Living Undocumented (2019).

Selena and Julia Michaels surprise single, “Anxiety” has some personal lyrics related to the title

The single focus on the state one goes through during anxiety and its effect on relationships. Selena herself sought treatment for anxiety and depression last year.

She shared her feelings via Instagram, where she wrote, “My sweet soul sister. Julia, you have been a huge part of my life. You have taught me how to have courage when I have self-doubt. This song is extremely close to my heart as I’ve experienced anxiety and know a lot of my friends do too. You’re never alone if you feel this way. The message is much needed and I really hope you guys like it!”.

Selena Gomez once again admitted to mental health facility following an emotional breakdown due to depression and anxiety. The reason for her reported meltdown was low white blood cell count, a side effect of a kidney transplant, which Selena had in 2017. She was reportedly hospitalized twice within the last few weeks for a low white blood cell count. She is reportedly getting all the help she needed and her health is progressing slowly.

Selena has been giving more effort to remain focused and not let her health affect her mentally. To overcome it, she has been actively writing new music, and even moved to Orange County for a change of pace and a fresh breath of air, according to other sources. However, the change in her life, her health issues, and her love life have once again resulted in an emotional breakdown.

The 26-year old singer has been through a rough couple of years. A couple of years back, Selena was diagnosed with Systemic lupus erythematosus (SLE), simply known as lupus. It is an autoimmune disease in which the body’s immune system mistakenly attacks healthy tissue in many parts of the body. Selena even spent 90 days in a mental facility to learn to cope with the issues related to her lupus. Later in 2017, Selena underwent a kidney transplant in 2017. Her actress friend Francia Raisa donated her a kidney. During the transplant, Selena broke an artery. Emergency surgery was conducted to build a new artery using a vein from her leg. Since then, Selena is trying hard to keep herself focused on her work.

She also announced this September that she is taking an official social media break and take some time to recover from mental health issues.

Selena Gomez and longtime best friend Julia Michaels just got matching tattoos. The two singers inked matching arrows on their hands, and when they hold hands, the arrows point to one another. “It’s tatted… my arrow points to you forever,” Gomez wrote on her Instagram story alongside a shot of the two looking down at their new art. “Always to you baby,” Michaels wrote on her own Instagram story. “Love you @selenagomez.” Gomez and Michaels were celebrating their Monday night performance at the Fonda Theater in Los Angeles, as well as Michaels’ birthday. She turns 26 on Wednesday.

Who are the Parents and Siblings of Selena Gomez?

Selena Gomez was welcomed by her father Ricardo Joel Gomez and her mother Amanda Dawn on 22nd July 1992 in Grand Prairie, Texas, the United States as Selena Marie Gomez. As of 2019, she celebrated her 27th birthday. She is American by nationality and her ethnicity is Hispanic. She is Christian by religion. She also has three siblings named Gracie Elliot Teefey (Half-Sister), Scarlett Teefey (Half-Sister) (Deceased Sister), Tori Gomez (Half-Sister). Her mother was just 16 years old when she was born. Due to this, she suffered from financial troubles in her childhood. Discussing her education, she attended Danny Jones Middle School, Texas, in the USA. She then homeschools because she was bullied in school. She received her high school diploma through homeschooling.

Selena Gomez is a beautiful and charming lady attracting a lot of people towards her. She has got a very pretty face and smiles with the glow. Her sexy body measures 36-28-35 inches. She has got an average height of 5 ft 5 in with a balanced bodyweight of 50 Kg. Her body build is slim. She maintains her body a lot and she is very curious about food intakes. Her eye color is dark brown whereas her hair color is also dark brown. Her dress size is 8 (US) and her shoe size is 7 (US). Overall, Selena Gomez has got a healthy body with a white skin tone.

How Selena Gomez began her career?

Selena Gomez’s marital status is unmarried. As of today, she is single. She is not dating anyone at present. She also does not have any children in her life neither she has adopted any child.  She is focusing on her career at present. Previously, she dated Nick Jonas in 2008. She then began dating Justin Bieber in December 2010. After separating in November 2012, they reconciled a few weeks later before splitting up again in January 2013. They again reconciled, however, they broke up again in March 2018. She then reportedly started dating The Weeknd in January 2017. The couple also moved in together temporarily in September 2017 in Greenwich Village, New York. But they broke up in October 2017.

How much is Selena Gomez’s Net Worth?

The famous singer, Selena Gomez has accumulated a huge amount of money from her present career. She has reached a great height in her career. With her singing as well as acting career, she has garnered a net worth of $75 million as of 2019. Her major source of earning is from her singing career. Besides this, she also earns from endorsements, an acting career, and more. She charges $10 million for brand endorsements. Moreover, she is the brand ambassador of Puma, Coach, and more. There is no information regarding her present salary but it will be added soon once we get details about it. Overall, she is satisfied and she is living a lavish lifestyle with her earnings.

Our contents are created by fans, if you have any problems of Selena Gomez Net Worth, Salary, Relationship Status, Married Date, Age, Height, Ethnicity, Nationality, Weight, mail us at [email protected]