Simu Liu is a Canadian actor, best known for the role of Jung in the CBC Television sitcom Kim's Convenience. 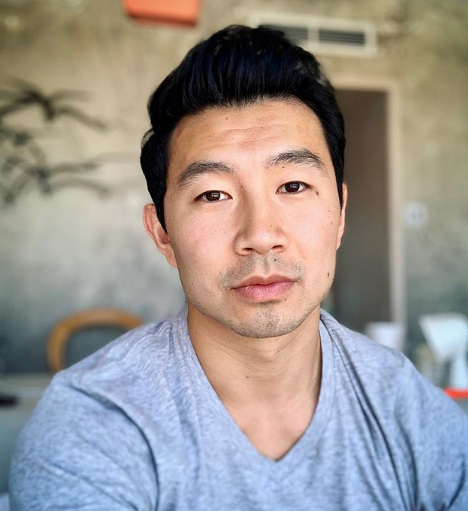 He was nominated for a Canadian Screen Award for his work in Blood and Water. At Comic-Con 2019, it was announced that Liu will portray Shang-Chi in the Marvel Cinematic Universe beginning with his own film Shang-Chi and the Legend of the Ten Rings. To know more about the actor, read below.

Marvel has found its next superhero.

The studio announced that Simu Liu has been tapped to star in “Shang-Chi and the Legend of the Ten Rings” during its Hall H presentation at Comic-Con, joining cast member Awkwafina, who was also announced during the presentation. Additionally, Veteran actor Tony Leung has joined the film as The Mandarin, an uber-villain introduced in “Iron Man 3. “Destin Cretton is on board to direct.

Insiders say Liu was one of several actors who tested this week for the part and was chosen by Marvel just before the studio headed into Comic-Con.

The original Marvel Comics Shang-Chi follows Shang, a half-Chinese, half-American superhero created by writer Steve Englehart and artist Jim Starlin. In the comics, Shang-Chi is a master of numerous unarmed and weaponry-based wushu styles, including the use of the gun, nunchaku, and Jian. Shang-Chi first appeared in Special Marvel Edition #15 in 1973.

Marvel Studios’ Kevin Feige is producing the film. Marvel’s Louis D’Esposito, Victoria Alonso, and Jonathan Schwartz are executive producers on the project. Further, Liu was also recently tapped to join the cast of “Fresh Off the Boat” upcoming season.

What is Simu Liu known for?

Simu Liu is an actor, director-writer, and producer, perhaps best known to the world as Paul Xie in the TV series “Blood and Water”, and as Jung in the TV series “Kim’s Convenience”, among other differing appearances. He is also a well-known stage actor, making one of the most notable appearances at the Factory Theatre in the play “Banana Boys”, for which he earned a nomination for a Dora Mavor Moore Award in the Outstanding Ensemble category, with the rest of the cast.

Where is Simu Liu born?

Recalling his early life, Liu was born in Harbin, China, and immigrated to Canada at the age of five. He was raised in Erin Mills, an area of Mississauga, Ontario. He is Canadian by nationality and belongs to Asian ethnicity. There is no information available regarding his parents and siblings on media yet.

Regarding his education, He attended the University of Toronto Schools for high school. For post-secondary, Simu studied 2 years at the University of Western Ontario and 2 years studying finance and accounting at the Ivey Business School. He worked as an accountant at Deloitte but was eventually laid off. He decided to explore other career options before deciding to pursue a career as an actor.

When did Simu Liu pursue his acting career?

Does Simu Liu have a girlfriend?

Speaking about his personal life, Simu is an unmarried man. He currently resides in Toronto with his dog named Barkley. When it comes to his relationships, he has maintained a low profile on this information. As per some sources, he was affairs with a girl named Tina Jung. At present, the couple was satisfied with their love relationship.

How much is Simu Liu’s net worth?

As per online sources, Simu Liu assumed the sum of good money from his career. His estimated net worth said to be $4 million at present. However, his salary is yet to disclose.

How tall is Simu Liu?

Observing his body statistics, Simu stands a height of 6 feet and weighs around 79 Kg. He has brown hair and brown eyes. His other body information is yet to be disclosed. In the case of disclosure, we will let you know.

Our contents are created by fans, if you have any problems of Simu Liu Net Worth, Salary, Relationship Status, Married Date, Age, Height, Ethnicity, Nationality, Weight, mail us at [email protected]