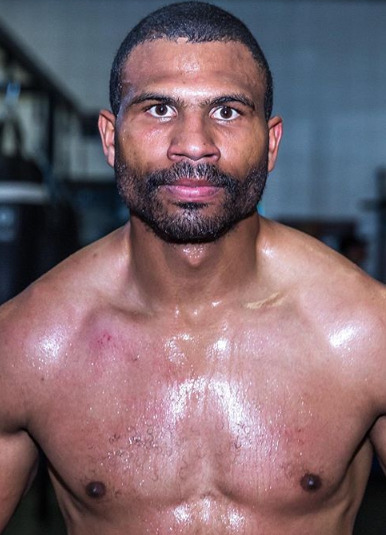 Thomas Dulorme Cordero is a professional boxer who goes by the moniker Thomas Dulorme. In 2015, he made a challenge for the WBO light welterweight title. He started boxing at a young age and has won Golden Gloves tournaments in Saint Martin, the Dominican Republic, and Puerto Rico.

His amateur record, according to Dulorme, was 140-2. He’s also a founding member of Gary Shaw, Lou Dibella, and Universal Promotions’ Team Puerto Rico, a stable that includes amateur world medalist and WBC Youth World Champion Jose Pedraza and many other high-profile prospects. El Frances is his nickname (“The Frenchman”). His maximum reach is 70 inches (178 cm).

Jamal James and Thomas Dulorme appeared to be evenly matched in the main event, but James pulled away in the second half of the fight to win by decision and claim the interim WBA welterweight championship. 115-113, 116-112, and 117-111 were the final scores for Jamal James.

James won the fight 116-112 and 117-111 for Bad Left Hook. Following a 2016 then-upset loss to Yordenis Ugas, James (27-1, 12 KO) won his seventh straight fight. Ugas has since turned into one of the best and perhaps the most avoided fighters in the welterweight division. Dulorme (25-4-1, 16 KO) was competitive as usual, but he fell short in a major opportunity, as James simply out-worked him and landed too many shots, particularly in the second half of the fight, as Dulorme began to fade, leading to many verbal assaults between rounds as trainer Joel Diaz tried-and mostly failed-to inspire his fighter.

Jamel James stated prior to the match, “After everything that’s happened in the last few months, I’m excited and ready to get back in the ring. Thomas Dulorme is a tough opponent, and I believe we’ll put on a great show for boxing fans. Training has gone extremely well, and I am fully prepared to win this match.

” According to Thomas Dulorme, “I’ve been in training camp for over four months in preparation for this fight, and I can’t wait to get in the ring and put on a display… I’m even more inspired as a result of the pause. James is a strong soldier, but I am on another level, which will be evident on August 8. I’m going to put on the best show of my career and win the WBA title.

” In the main event of the Premier Boxing Champions card on Saturday night at the Microsoft Theater in Los Angeles, Jamal James won the WBA interim welterweight championship by beating Thomas Dulorme by scores of 115-113, 117-111, and 116-112.

Both men had their moments in a fast-paced battle, but it was James who took control down the stretch, taking advantage of his height and distance.

What is Thomas Dulorme’s ethnic background?

Thomas  Cordero was born on January 29, 1990, in the Collectivity of Saint Martin, France, with the birth name Thomas Dulorme Cordero. His family moved to Puerto Rico when he was three years old, and he grew up in Saint Martin.

Thomas Dulorme Sr. (father) and his mother gave birth to him. He claims to be Puerto Rican and says he wants to “represent Puerto Rico any time [he] steps into a ring.”

He has a brother named Starling Cordero, who is also a boxer, among his siblings. In the year 2020, he will turn 30 years old. His zodiac sign is Aquarius, and his faith is Orthodox.

What is Thomas Dulorme’s net worth?

Thomas Dulorme is a well-known professional boxer who has won several titles. He started his career at a young age and has progressed to a high level of success.

Thomas Dulorme’s net worth is expected to be in the millions by 2020. The precise figures for his net worth and salary are yet to be revealed.

Without a doubt, he earns a sizable salary as a result of his profession. His main source of income is from his boxing career. He is happy with his current earnings and enjoys a lavish lifestyle.

What is Thomas Dulorme’s wife’s name?

The marital status of Thomas Dulorme is married. Melissa Moreland, his lovely partner, was his wife. In the year 2017, the couple married. He used his social media account to share a picture of his wife.

A baby girl was also born to the couple. Melissa is a stunning woman who is a little nervous in front of the camera but overjoyed to be in this unique moment. What else can be said about the wedding, which took place at Hotel La Concha?

The service is outstanding, and the wedding staff is responsible, competent, and a pleasure to work with. This wedding was organized by Maria Lugo, who always does an excellent job, and decorated by the Blanco by Mara team.

This was a very beautiful, lovely, and delicate wedding with a lot of little details that made it amazing. The couple is still together as of now, and there are no signs of a rift between them. He is not gay and has a straight sexual orientation.

How tall is Thomas Dulorme?

Thomas Dulorme is a very attractive man with a bodybuilder physique. He stands at a height of 5 ft 10 in (178 cm). He has a body weight that is equal to his height. He has a beautiful smile that attracts a lot of attention to him. He has a balanced body in general.

Our contents are created by fans, if you have any problems of Thomas Dulorme Net Worth, Salary, Relationship Status, Married Date, Age, Height, Ethnicity, Nationality, Weight, mail us at [email protected]