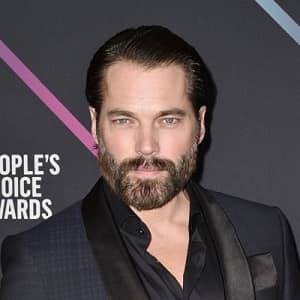 Tim Rozon is a celebrated actor from Canada. He is most prominent for playing the role of Andrew in the TV series Being Human. As of now, he currently works as a costar in the TV series Schitt’s Creek and Wynonna Earp and resides in Montreal where he co-owns a restaurant called Garde Manger.

Where is Tim Rozon from?

Tim Rozon came to this world on June 4, 1979, in Montreal, Quebec, Canada. He is Canadian by nationality and is currently 44 years old. Talking about his family and childhood, there are very lesser-known details about his family and siblings. However, he is a married man with a child. Besides this, he currently lives in Montreal, where he runs the restaurant ‘Garde Manger,’ along with Canadian celebrity chef Chuck Hughes. Academically, there is no information about his educational background or the institute which he attended either.

How is the professional life of Tim Rozon?

Professionally speaking, Tim Rozon had started his career as a model but soonly lost interest in it. Tim made his acting debut with a supporting role in the 2000 British–American romantic drama TV movie ‘The Great Gatsby,’. The movie was an ‘A&E’ adaptation of the 1925 novel of the same name by F. Scott Fitzgerald.

He didn’t land his first prominent role before 2004, he appeared in ‘Tom “Tommy Q” Quincy,’ in four consecutive seasons (2004 to 2008) of the ‘CTV’/’TeenNick’ teen drama ‘Instant Star. The star made his film debut with the 2004 Canadian film ‘Pure,’ as the role of ‘Sam.’ Followed with his next movie, ‘End of the Line,’ which was a 2006 Canadian horror film. There he played as ‘John’ and the same year, he was seen as ‘Duke’ in the direct-to-video film ‘2 Strangers and a Foosball.’ He was seen as ‘Alex Caine’ in the 2011 TV movie ‘Befriend and Betray’ which even earned him a nomination for the ‘Canadian Screen Award.’ Tim has also appeared as a voice actor as he lent his voice to the character ‘Putulik’ in the 2013 3-D computer-generated imagery film ‘The Legend of Sarila’. The film was even regarded as Canada’s first 3-D animated feature film.

Lately, in 2019, Rozon was cast as ‘Travis’ in the ‘Hallmark’ movie ‘Christmas Town.’ In addition to that, he has produced the 2015 adventure documentary feature ‘Shuckers.’ The documentary was a story of oysters and those who shuck them.

How much net worth does Tim Rozon hold?

For the income and net worth of Tim Rozon, the actor has no doubt earned a good sum of money from his career as an actor. According to several media sources, the star earns an average salary of $150K to $1 million. Thereafter, he has bagged a total net worth of $1 million through the sum he has earned. Moreover, he makes additional earning from his co-own restaurant along with his chef-partner Chuch Hughes.

What is the relationship status of Tim Rozon?

Referring to the dating life of Tim, he is currently living a pretty happy married life with his wife Linzey Rozon. The couple shared their marriage vows on 6th September 2015 and is yet to disclose details about their children. Since their marriage, Rozon and his wife have been seen enjoying quite a blissful life together as husband and wife.

About his rumors and controversies, he was rumored to have quite excellent chemistry with fellow co-star Chantel. The two starred as a married couple on-screen on the supernational horror series, Wynonna Earp. However, he has stated that they were nothing more than close friends.

How tall is Tim Rozon?

Talking about his physical attributes, Tim stands tall with a decent height of 5 feet 1o inches and weighs about 79 kilograms. Moreover, his other body measurements are unavailable at the moment. However, his body features of brown hair and a pair of blue eyes.

Our contents are created by fans, if you have any problems of Tim Rozon Net Worth, Salary, Relationship Status, Married Date, Age, Height, Ethnicity, Nationality, Weight, mail us at [email protected]