Todd Mitchell Palin is an American oil field production operator and commercial fisherman and was First Gentleman of Alaska from 2006 to 2009. 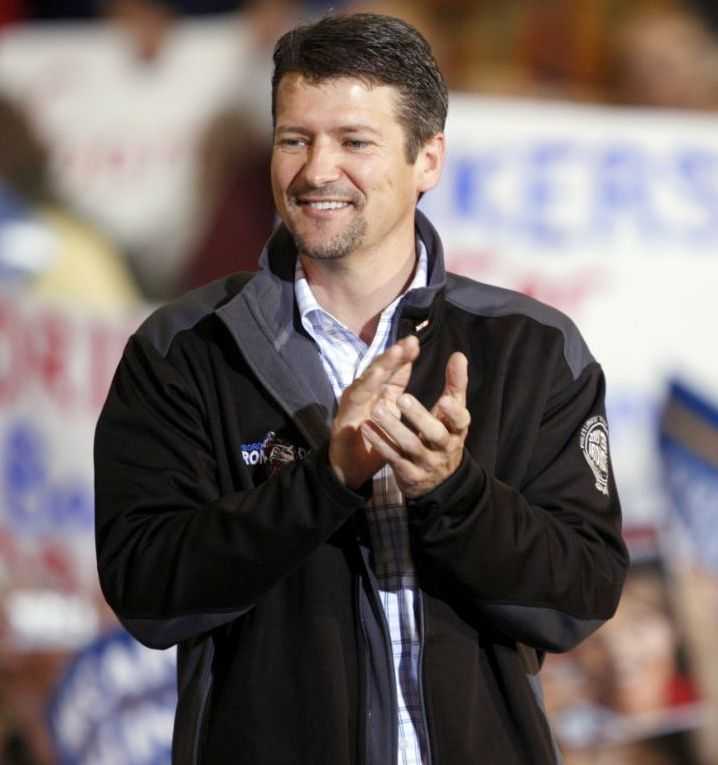 Todd Mitchell Palin, popularly known as Todd Palin is an American oil field production operator and commercial fisherman. He is the husband of former Alaska governor Sarah Palin and was the first Gentleman of Alaska from 2006 to 2009. He is a four-time champion of the world’s longest snowmobile race, Tesoro Iron Dog.

What is Todd Palin Famous For?

Where was Todd Palin Born?

Todd Palin was born on 6 September 1964. His birth name is Todd Mitchell Palin. His birth place is in Dillingham, Alaska in the United States. He holds American nationality. He was born to a father, James F. “Jim” Palin, and a mother, Blanche Palin. He has Dutch, English, and Yup’ik ancestry.

He attended Wasilla High School. After graduating from high school, he attended some colleges but does not have a college degree.

He was the United Steelworkers Union member.

He worked for BP in the North Slope oil fields of Alaska for 18 years. He worked as a production supervisor.

After his wife was appointed the Governor of Alaska, he took a leave from his job as a production supervisor in 2007.

He returned to BP after seven months leave. He returned for the position as a production operator.

He resigned from his job as a production operator in September 2009.

During his wife tenure as a Governor, he was an unpaid adviser to the government.

He discussed on a wide range of activities including  potential board appointees, constituent complaints, use of the state jet, oil and gas production, marine regulation, gas pipeline bids, wildfires, native Alaskan issues, the state effort to save the Matanuska Maid dairy, budget planning, potential budget vetoes, oil shale leasing, staffing at the mansion, per diem payments to the governor for travel, potential cuts to the governor’s staff,  Bureau of Land Management land transfers and trespass issues and requests to the U.S. transportation secretary.

He is also a commercial salmon fisherman at Bristol Bay on the Nushagak River.

He was a community volunteer as of late 2009. He worked in youth sports, coached hockey and basketball.

He was a judge in the 2008 Miss Alaska pageant.

He was a contestant on the NBC celebrity reality competition series, Stars Earn Stripes in 2012.

He is a four-time champion of the world’s longest snowmobile race, Tesoro Iron Dog. His racing teammate is Scott Davis. He has previously raced with Dusty Van Meter and Dwayne Drake.

Who is Todd Palin married to?

Todd Palin is a married man. He is married to politician Sarah Heath. They were high-school lovebirds. The couple got eloped in 1988. They have 5 children together, Track Charles James, Bristol Sheeran Marie, Willow Bianca Faye, Piper Indy Grace, and Trig Paxson Van. He has five grandchildren. He lives in Wasilla, Alaska. Palin filed for divorce from his wife, Sarah on 29 August 2019.

What are Todd Palin Body Measurements?

Todd Palin stands at a height of 1.73 m tall. He has a slim body build. He has blue eyes and his hair color is black.

What is Todd Palin Net Worth?

Todd Palin is an American oil field production operator and commercial fisherman. He earns from his business in the oil field industry as well as the fishing industry. His net worth is estimated at $2 million.

Our contents are created by fans, if you have any problems of Todd Palin Net Worth, Salary, Relationship Status, Married Date, Age, Height, Ethnicity, Nationality, Weight, mail us at [email protected]