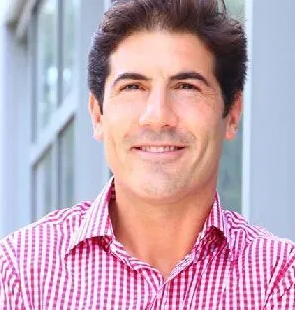 American marketing CEO and the founder of Kelton Global

An American marketing CEO and the founder of Kelton Global is named for Tom Bernthal. Moreover, he is also a former NBC News producer. He also won three Emmy Awards as a producer at NBC News and he also opened a West Coast office for an Omnicom-held agency. In February 2020, he got engaged to Sheryl Sandberg who is facebook’s executive officer.

Facebook Chief Operating Officer Sheryl Sandberg has updated her relationship status. Through a post on Facebook and Instagram, she announced her engagement to Tom Bernthal, Co-founder, and CEO of Kelton Global, a strategic consulting firm based in Los Angeles. She shared the news with the caption, “Engaged!!! Tom Bernthal, you are my everything. I could not love you more.” Tom Bernthal replied in a comment, “Sheryl Sandberg, I love you so much and couldn’t be more excited about spending the rest of our lives together.” The couple was introduced to each other by Rob Goldberg, Sheryl’s late husband’s brother. Sheryl lost her husband Dave Goldberg, then the CEO of SurveyMonkey, to a tragic accident when the couple was on vacation in Mexico in 2015. Dave fell off a treadmill and died due to coronary arrhythmia. He was 47. The couple who were married for over 10 years has two children. After her husband’s sudden death, she made herself and her grief public. She was a voice for resilience and helped others in moving on from grief. In a June 2015 post that resonated widely with people, she wrote about how she was dealing with the loss of her husband. She wrote, “I have learned that resilience can be learned,” adding that resilience needs three qualities: “Personalisation, permanence, and pervasiveness.” Her fiance Tom Bernthal popped the question while the couple was on a mountain hike, reported People magazine. Tom, 46, has three children and to signify the importance of their children, he proposed with a ring that has five diamonds, reported the magazine.

What is the nationality of Tom Bernthal?

Tom Bernthal was born in the year 1973 in the USA. His nationality is American and his ethnicity is White. As of 2019, he celebrated his 46th birthday with his friends and families. He is Christian by religion. There is no information regarding his parents. He gained education from local high school. He also has a sibling; a younger brother named Jon Bernthal.

How was Tom Bernthal’s Career?

Tom started his career working at the White House’s Communication Office during the Bill Clinton administration.

He then worked as a news producer and journalist for NBC News.

In his six years with NBC, Bernthal produced segments for the Today Show, Nightly News, Dateline, MSNBC, and CNBC and won three Emmy Awards for his work.

In the year 2000, he moved to Los Angeles, where he continued to work for NBC before founding his own marketing and consulting agency in 2002, Kelton Global.

He presently is the CEO and Co-President of the organization.

Who is Tom Bernthal engaged to?

Tom Bernthal is a married person. But his first wife’s name has not been revealed yet. He is recently engaged to Facebook’s Chief Operating Officer Sheryl Sandberg. He proposed to Sheryl on 1st February 2020 during the visit to Vermejo Park Ranch. She confirmed the engagement on Insta on 3rd Feb. The duo reportedly began dating in Spring 2019 and made their first appearance on 21st July 2019. The duo met through the brother of Sandberg’s late husband Dave Goldberg. Dave Goldberg passed away from a heart attack in May 2015. Tom and Sheryl, both have children from their previous marriage. Tom has three kids whereas Sheryl has two kids. As of today, the duo is living a happy life without any disturbances.

What is the net worth of tom Bernthal?

The net worth of Tom Bernthal is estimated to have between $5 Million -$7 Million as of 2020. His exact salary is under review but there is no doubt in the mind of his followers that he is earning a considerable amount of salary from his work. Overall, he is satisfied with his earnings.

How tall is Tom Bernthal?

Tom Bernthal is a very handsome person with a glowing face. He has a tall height of five feet ten inches with a balanced body weight of 78 Kg or 171 lbs. His biceps size is 16 and his body measurement is 44-32-35 in. His hair color and eye color both is brown. His shoe size is 9 UK. Overall, he has got a healthy body.

Our contents are created by fans, if you have any problems of Tom Bernthal Net Worth, Salary, Relationship Status, Married Date, Age, Height, Ethnicity, Nationality, Weight, mail us at [email protected]