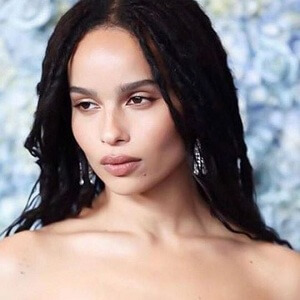 Zoë Kravitz is an actress, singer, and model from America. The actress is well popular as Angel Salvadore in the superhero film X-Men: First Class. She even made an appearance in the blockbuster hit Mad Max: Fury Road. Alongside acting, she became the face of Vera Wang’s Princess Fragrance in 2009.

Where was Zoë Kravitz born?

Zoë Kravitz’s full name is Zoë Isabella Kravitz and she was born on 1 December 1988, in Venice, Los Angeles, in California. As of 2020, her age is 21. She was born to mother Lisa Bonet and her father Lenny Kravitz but her parents had divorced when she only five years of age. Her mother is an American actress whereas her father is a reputed musician.

Both of her parents are of Jewish descent. She initially lived with her mother in Topanga Canyon, but later started living with her father in Miami. Academically, she finished her graduation in 2007. Furthermore, she attended the State University of New York but soon dropped out after a year to pursue her dream in acting.

How did she work her way up in acting and modeling?

Zoë Kravitz made her acting debut in the year 2007 with romantic comedy film No Reservations while she was in high school. She played the role of a babysitter hired by Catherine Zeta-Jones’ character in the movie. In 2009, she fronted the New York/Philadelphia-based band Elevator Fight.

Similarly, in the same year, she was named the face of Vera Wang’s Princess fragrance by appearing on the website and in advertisements for the brand. Zoe has portrayed herself in the world of television series as well. She appeared in eight episodes of the Showtime television series Californication by portraying the character of Pearl. Since then, she has played numerous roles in television series.

Kravitz appeared in the ‘X-Men: First Class’, a 2011 American superhero film. It is considered to be one of the most important roles in her life. There she played the role of Angel Salvadore, a superhero teen mutant. During 2020, Kravitz made a headline on the Romantic comedy web television series High Fidelity. Kravitz is also set to star as one of the leads in Viena and the Fantomes, and in Black Belle as a gunslinger in the American Old West.

Zoë Kravitz is currently married to her long-time boyfriend Karl Glusman. The two have been in a relationship since the year 2016. According to her interview in 2018, the two had engaged in February 2018. They married at Kravitz’s father’s home in Paris, France on June 29, 2019.

During the past, the actress has dated numerous celebrities like Ben Foster, Ezra Miller, and Penn Badgley.

How much net worth does Zoë Kravitz hold?

As of the year 2020, Zoe’s net worth accumulates at an estimation of $8 million. She makes most of her earning working as an actor and a model. However, her earnings and salary from her career is still a matter of mystery for her loving fans.

How tall is Zoë Kravitz?

Working as a model, Zoë Kravitz has maintained a very impressive body standing at a height of 5 feet and 2 inches. She weighs about 51 kilograms. Furthermore, her body features a set of dark brown eyes and dark brown hair as well. Her other body measurements are measured to be 34-25-35 inches. She mentions wearing a bra size of 32B.

Moving towards her social media presence, she is very active on social media platforms such as Facebook, Instagram, and Twitter. Her Facebook profile has over 18,572 people follow it. Likewise, she goes by the username @zoeisabellakravitz on Instagram and has accumulated about 5.8 million followers to date. Her Twitter profile garners about 132.9 k followers and her tweets are on a regular basis as well.

Our contents are created by fans, if you have any problems of Zoë Kravitz Net Worth, Salary, Relationship Status, Married Date, Age, Height, Ethnicity, Nationality, Weight, mail us at [email protected]