Austin Jenkins is an American professional wrestler currently signed to WWE, where he performs on the NXT brand under the ring name Adam Cole. He is the leader of The Undisputed Era, alongside Bobby Fish, Kyle O'Reilly, and Roderick Strong. 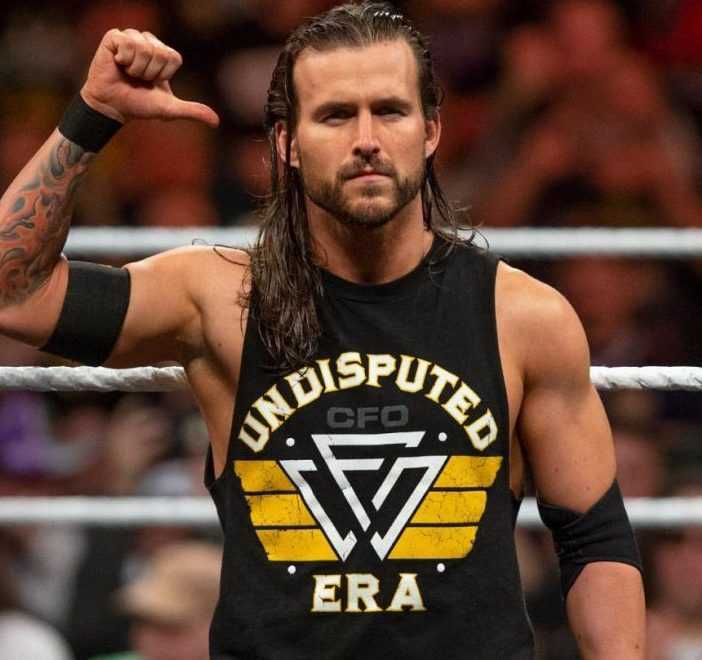 If you sit around and wait for things to happen, they're not going to happen the way you want

You don't make a statement unless you make noise

I always think back to that first night in Brooklyn, where I debuted, and it was this total surprise. I just remember thinking, 'I hope they care. I hope they remember me.' The way they embraced me that night, I knew it was the start of something special.

Austin Jenkins, better known by his ring name Adam Cole is an American professional wrestler. He is signed to WWE and is a member of The Undisputed Era. He is also known for his tenure with Ring of Honor (ROH). He was the first wrestler to become an ROH World Champion three-times. He is the current NXT Champion.

What is Adam Cole Famous For?

Where was Adam Cole Born?

Adam Cole was born on 5 July 1989. His birth name is Austin Jenkins. His birthplace is in Lancaster, Pennsylvania in the United States. He holds an American nationality. Information about his parents is not available at present. His zodiac sign is Cancer. He has a younger brother Brent Jenkins. His parents separated when he was 10.

He took karate lessons as a child.

He first trained at the Combat Zone Wrestling (CZW).

He became an official student at the Academy in November 2007. He was still in senior high school.

He made his professional wrestling debut as Adam Cole in June 2008.

He is the longest-reigning CZW World Junior Heavyweight champion, having held the title for 553 days.

He lost his championship to Sami Callihan in November 2011.

He defeated Qenann Creed to win the MCW Rage Television Championship in August 2009.

Cole made his Ring of Honor debut in February 2009. He lost to John Kerman in a dark match in his debut.

He signed a contract with ROH in August 2010.

He made his ROH pay-per-view debut in December 2010.

He won ROH World Championship 3 times, making him the first wrestler to achieve the feat.

He competed in New Japan Pro-Wrestling (NJPW). He made his Japanese debut in August 2014.

He made his Pro Wrestling Guerrilla (PWG) debut as a member of Future Shock in October 2011.

He defeated Kevin Steen to become a new PWG World Champion in December 2012.

He became the longest-reigning PWG World Champion at 426 days in January 2014 after successfully defending the title against female wrestler Candice LeRae.

He fought his farewell match in PWG against Sami Callihan in May 2017.

He worked with WWE twice.

He played a random guy at a bar drinking with Serena Deeb in a Straight Edge Society segment in an episode of SmackDown in July 2010.

He took part in a tryout at their Performance Center in February 2013.

He officially signed with WWE in August 2017. It was announced that he would be working in the company’s developmental territory NXT.

He made his NXT debut in August 2017 at NXT TakeOver: Brooklyn III.

The trio of Cole, Fish, and O’Reilly was officially dubbed “The Undisputed Era”.

He made a surprise appearance in the Royal Rumble match in January 2018.

He defeated Johnny Gargano in a rematch to become the NXT Champion.

He is a playable character in the WWE 2K19 video games.

Match of the Year (2012) with Kyle O’Reilly vs. Super Smash Bros. (Player Uno and Stupefied) and The Young Bucks on July 21

Match of the Year (2016) with The Young Bucks (Matt Jackson and Nick Jackson) vs. Matt Sydal, Ricochet, and Will Ospreay on September 3

Who is Adam Cole Dating?

He lives in Coral Springs, Florida.

How tall is Adam Cole?

Adam cole stands at a height of 1.83 m i.e. 6 feet tall. He has a bodyweight of 210 lbs i.e. 95 kg. He has an athletic and muscular body build. He has blue eyes and his hair color is dark brown. He usually keeps his hair long.

What is Adam Cole Net Worth?

Adam Cole earns from his professional wrestling career. He has wrestled in several promotions. He has also appeared in several WWE commercials. His net worth is estimated at $1.5 million.

Our contents are created by fans, if you have any problems of Adam Cole Net Worth, Salary, Relationship Status, Married Date, Age, Height, Ethnicity, Nationality, Weight, mail us at [email protected]