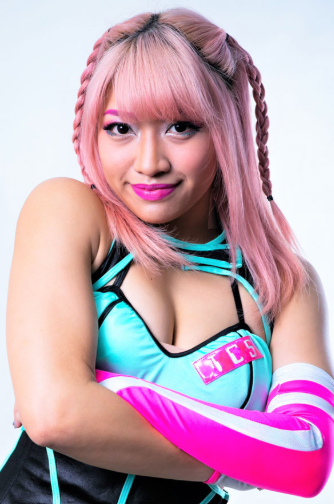 Hana Kimura was a Japanese professional wrestler, who was signed to the Wrestle-1 where she wrestled in their sub-promotion Pro Wrestling A.C.E. and worked in its two promotions; World Wonder Ring Stardom and Sendai Girls Pro Wrestling. She was the daughter of popular wrestler Kyoko Kimura. Kimura died on 23 May 2020 at the age of 22. She reportedly took her own life after she became the victim of a series of cyber-bullying.

Japanese pro wrestler Hana Kimura died on 23 May 2020. She was only 22 at the time of her death. Kimura who was signed to the wrestling promotion, World Wonder Ring Stardom confirmed Kimura’s death. The promotion wrote,

We are very sorry to report that our Hana Kimura has passed away.

Please be respectful and allow some time for things to process, and keep your thoughts and prayers with her family and friends.

We appreciate your support during this difficult time.”

Kimura’s cause of death has not been revealed yet. However, it was reported that she took her own life as she had been the target of cyber-bullying for a long time. Hours earlier her death, she had shared self-half images on her official Twitter and tweeted,

Kimura was the daughter of a popular wrestler, Kyoko Kimura and she had been starring in the Netflix reality series, Terrace House, which she had joined in September 2019. The series was suspended due to the COVID-10 pandemic. Kimura’s wrestling promotion, Stardom Wrestling requested fans to be respectful during this time.

What is Hana Kimura famous for?

Where is Hana Kimura from?

Recalling her early life, Hana was born in Yokohama, Japan to her parents in the year 1997. She was Japanese by nationality and belonged to Asian ethnicity. She was only 22 at the time of her death.

Similarly, Her father Isao Kobayashi, an MMA fighter and her mother, Kyoko Kimura, a former wrestler. However, her sibling’s details are not available at present.

She was trained at Wrestle-1’s Professional Wrestling University.

When did Hana Kimura begin her wrestling career?

Who was Hana Kimura dating?

What is the Cause of Death of Hana Kimura?

Hana Kimura died at the age of 22 on 23 May 2020. She reportedly committed suicide. Her death was confirmed by her wrestling promotion, Stardom Wrestling. However, her cause of death has not been revealed yet. She became the target of the series of cyber-bullying that led her to end her life. Details will be updated soon.

How much is Hana Kimura worth?

Being a wrestler by profession, Hana must have earned a decent amount of money and fame through her profession in the field of the wrestling industry. It is unclear how much she earned from her wrestling career. Her estimated net worth, salary, and asset details are not available at present.

How tall is Hana Kimura?

Observing her body physics, Hana stood at a height of 5 feet 5 inches and weighed around 58 Kg. Similarly, she had a pair of brown and black hair. She usually dyed her hair pink. Further, her other body measurements are not available at present.

Our contents are created by fans, if you have any problems of Hana Kimura Net Worth, Salary, Relationship Status, Married Date, Age, Height, Ethnicity, Nationality, Weight, mail us at [email protected]