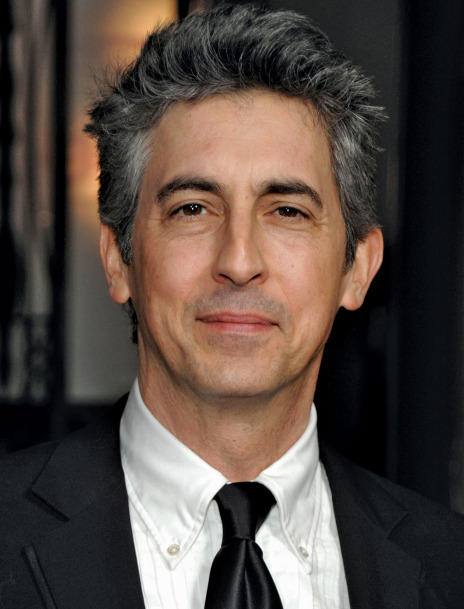 An Award-winning American screenwriter, director, and producer who is famous for the films Election (1999), About Schmidt (2002), Sideways (2004), The Descendants (2011), Nebraska (2013), and Downsizing (2017) is named for Alexander Payne. In the year 2006, he made his theatrical debut in a cameo role as Oscar Wilde in the romantic comedy-drama film Paris, “je t’aime”. He made his first TV show appearance on the talk show “Turn Ben Stein On” in 1999. At the age of 35, he directed his first feature-length film. Most of his full-length feature films have helped his male leads in achieving an Academy Award nomination-Jack Nicholson for About Schmidt (2002), Thomas Haden Church for Sideways (2004); George Clooney for The Descendants (2011), and Bruce Dern for Nebraska (2013). He has worked with Laura Dern’s parents on separate occasions-her mother Diane Ladd in Citizen Ruth (1996), and father Bruce Dern in Nebraska (2013). In the year 2013, he acted as the President of the ‘Official Competition’ jury at the 54th Thessaloniki International Film Festival. In 2017, Metacritic ranked him 2nd on its list of the 25 best film directors of the 21st century. In 2018, he undertook the role of President of the ‘Official Competition’ jury at the 66th San Sebastian International Film Festival. He is one of the Board of Directors of a non-profit film theater, Film Streams in Omaha, Nebraska. He once co-owned a Chinese restaurant in Omaha called King Fong with friend Ann Beeder.

Alexander Payne, the owner of The Descendants and Sideways, has been accused of predatory conduct by Rose McGowan. In a series of tweets on Sunday and Monday, the actress detailed her alleged encounter with Payne, recalling spending time with the two-time Oscar winner when she was 15 years old. She said, “You sat me down and showed me a soft-core porn movie you directed for Showtime under a different name.” “I still remember your Silverlake apartment.” Payne left McGowan on a street corner after their time together, according to McGowan, who was one of the first women to publicly speak out about Harvey Weinstein’s predatory acts, which contributed to his subsequent trial and prosecution on sexual harassment charges. She followed up with a picture of herself in another tweet: “What I want is a simple acknowledgement and an apology. I don’t want to ruin something. This was me when I was 15 years old.” “I dropped a bombshell of reality last night. For years, I mistook a man with whom I had physical relations for a sexual encounter. I’m now aware that I was groomed. I auditioned for him when I was 15 years old. After my encounter with him, I stopped acting completely until I was ‘discovered’ at the age of 21 “The actress, best known for her role as Paige Matthews in the supernatural television series Charmed, penned the piece (1998 to 2006).

Being a director, screenwriter, and producer in the film industry.

His films are renowned for their grim comedy and satirical portrayals of modern American society.

Downsizing are among the films he published (2017).

What is Alexander Payne’s birthplace?

Alexander Payne was born on February 10, 1961, under the birth name Constantine Alexander Payne. His hometown is Ohama, Nebraska, in the United States. His nationality is American, and his race is American-White. His ethnicity is White. In the year 2020, he will be 59 years old. Peggy (mother) and George Payne (father), both restaurant owners, gave birth to him. He grew up in the Dundee neighborhood as the youngest of three sons. He has two older brothers and sisters. His father is of Greek and German origin, while his mother is Greek. Nicholas “Nick” Payne, his paternal grandfather, anglicized Papadopoulos to Payne. Payne’s grandfather was a co-founder of The Virginia Cafe, which Payne’s father later took over. Clara Payne (née Hoffman), his paternal grandmother, was from a German Nebraska family from Lincoln, Nebraska. He fell in love with movies when he was five years old, and by the time he was 25, he was certain he wanted to be a filmmaker.

He went to Brownell-Talbot Academy, Dundee Elementary School, and Lewis and Clark Junior High School for his schooling. In 1979, he received his high school diploma from Creighton Prep. He was the editor of the high school yearbook at Prep and wrote a humor column for his high school newspaper. After that, he went to Stanford University to research Latin American literature and history. He also attended Salamanca University in Spain. In 1990, he earned his MFA from UCLA Film School. His zodiac sign is Aquarius, and he professes to be a Christian.

How did Alexander Payne’s career go?

Alexander got a Super 8mm projector from his father when he was just 14 years old, as a loyalty reward from Kraft Foods.

He gained industry interest after his successful thesis film, “The Passion of Martin,” and secured a writing/directing contract with Universal Pictures.

After that, he worked on films and television in various capacities before co-writing and directing his full-length debut feature, “Citizen Ruth” (1996).

His second film, “Election,” satirizes American politics and education, and was voted the best film of 1999 by New Yorker film critic David Denby.

In 2003, he wrote the screenplay “About Schmidt.”
“Sideways,” which was published in 2005, was his best-adapted screenplay.

In 2011, he returned to directing with “The Descendants,” for which he also co-wrote the screenplay and received the Academy Award for Best Adapted Screenplay.

In 2017, he directed the film “Downsizing,” which Payne has called “an epic masterpiece” and “a broad canvas, science-fiction social satire.” The film was released on December 22, 2017 by Paramount Pictures to mixed reviews, with several critics labeling it as Payne’s weakest film.

He worked on an uncredited polish of the script for the comedy hit “Meet the Parents” in the year 2000.

He published the first draft of “Jurassic Park III” in 2001.

He has worked on the films “King of California” and “The Savages” as an executive producer.

He started working on a draft of the screenplay for the film “I Now Pronounce You Chuck and Larry” with writing partner Jim Taylor.

He was also an executive producer on David Zellner’s critically acclaimed 2014 film “Kumiko, the Treasure Hunter.”

In February 2016, it was reported that he will direct “My Saga,” a film based on two articles by Karl Ove Knausgard that were published in The New York Times Magazine. After Knausgard objected to his life story being made into a feature film, the project was canceled in October 2019, just a week before shooting was set to begin.

In March 2018, he was in talks to direct “The Burial,” a legal thriller film for Amazon Studios.

He was also attached to direct a comedy horror film named “The Menu” for Gary Sanchez Productions, according to reports from February 2019. In May 2020, it was confirmed that Payne would no longer be involved with The Menu, and that Mark Mylod would take over as director.

As of December 2019, Payne has been attached to direct an American remake of the 1987 Oscar-winning Danish film “Babette’s Feast.”

Aside from that, he’s on a shortlist of filmmakers who have final cut rights to their films.

He was elected to the Academy of Motion Picture Arts and Sciences’ Board of Governors in 2005. (Directors Branch).

He serves on the Board of Directors of Film Streams, a non-profit film theater in Omaha.

He co-owned King Fong, a Chinese restaurant in Omaha, with friend Ann Beeder (which is now permanently closed).

He has been a long-time member of the Nebraska Coast Connection, a monthly social networking group in Culver City, California.

The Works of Alexander Payne

Jim Taylor, Payne, and Alexander. The Wine and Life Sideways Guide is a collection of essays about wine and life from a variety of perspectives. Newmarket, New York, 2005. Rex Pickett created the artwork for this book.

For his work on Voting, Alexander Payne was nominated for an Academy Award for Writing Adapted Screenplay. In 2002, he won a Golden Globe for his screenplay for About Schmidt, which also earned a Writers Guild of America Award nomination for Best Adapted Screenplay. In 2005, he received both an Academy Award and a Golden Globe for his screenplay “Sideways,” and the film was also nominated for a Golden Globe for Best Motion Picture-Musical or Comedy. Sideways received five Academy Award nominations in total. At the 2012 Cannes Film Festival, he was elected a member of the Main Competition Jury. Nebraska, which he directed in 2013, was nominated for the Palme d’Or at the 2013 Cannes Film Festival. Alexander received the inaugural Eva Monley Award from the Location Managers Guild of America in 2014 for his masterful use of location as a character.

Who is Alexander Payne’s spouse?

Alexander Payne was a husband and father. Sandra Oh, his lovely wife, was his wife. Sandra Oh is a well-known Canadian actress by trade. The pair dated for about three years before marrying on January 1, 2003, after getting to know each other well. The married couple separated on March 12, 2005, after two years of marriage, and a publicist declared their separation. While the divorce was formally finalized on December 22, 2006, it took more than two years for the former couple to settle their finances. In 2015, he married Maria Kontos after a divorce. Maria Kontos is a philologist from Greece. They met while visiting the Aigio area of Greece, which is where some of his ancestors came from. In the year 2017, he became a father at the age of 56. At the moment, the couple is having a great time together with no problems. He is not gay and has a straight sexual orientation. As of August 2020, Alexander has been accused of sexual assault by actress Rose McGowan. Payne showed her a soft-core porn movie (which he had directed for Showtime under an alias) in his Los Angeles apartment when she was 15, had sex with her, and then left her on a street corner, she said. She explained that what she wanted from this discovery was acknowledgement and an apology. At the time of the incident, Payne was about 27 years old.
Alexander Payne’s net worth is unknown.
Alexander Payne has a net worth of $25 million as of 2020. He is an American film director, screenwriter, and producer. The film industry is his primary source of profits. Until now, he has directed and screenplayed a variety of films. He is one of the world’s most influential film directors. Payne was ranked #2 on Metacritic’s list of the 25 best film directors of the twenty-first century in 2017. There is no question in the minds of his supporters that he earns a good living from his profession. His earnings allow him to live a luxurious lifestyle. He is happy with his salary.

What is Alexander Payne’s height?

At the age of 59, Alexander Payne still looks handsome with clear white skin. His body build is athletic. He has got a tall height of 5 ft 10 in or 178 cm. His balanced bodyweight consist of 74 Kg or 163 lbs. His hair color is Salt and Pepper and his eye color is Hazel. He has a sharp-pointed nose with a slender figure.

Our contents are created by fans, if you have any problems of Alexander Payne Net Worth, Salary, Relationship Status, Married Date, Age, Height, Ethnicity, Nationality, Weight, mail us at [email protected] 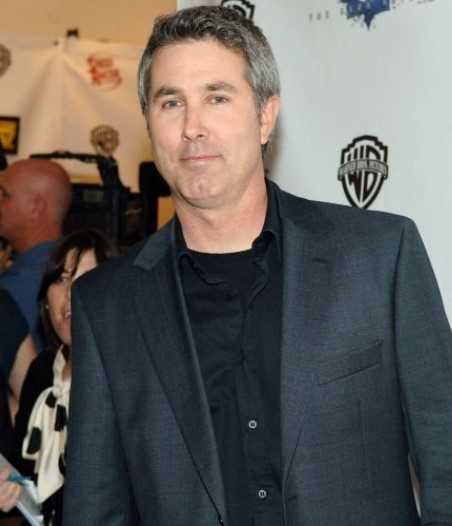