Amber Leann Portwood is an American reality television personality and convicted criminal. From Anderson, Indiana, she is known for being cast in the reality television series 16 and Pregnant in 2009, which documented the pregnancies and first months of motherhood for several teenage girls. 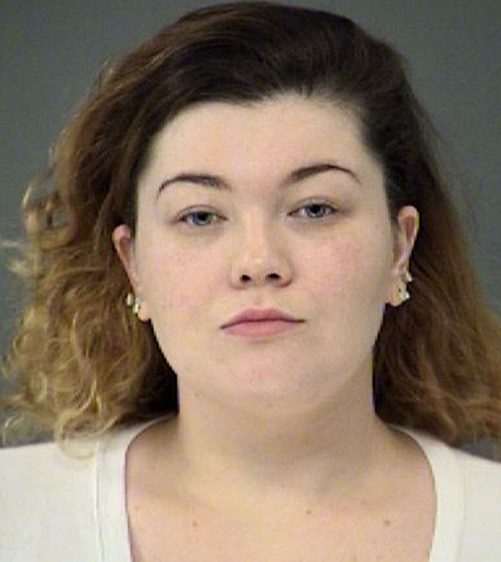 Amber Leann Portwood famed as Amber Portwood is an American actress and T.V personality. She is mainly known for the MTV series “16 and Pregnant,” and “Teen Mom.” In March 2015, Portwood, along with Maci McKinney, Catelynn Baltierra, and Farrah Abraham, returned to MTV for the fifth season of the show, renamed Teen Mom OG. Overall, she is a very talented woman.

Amber Portwood was arrested for allegedly assaulting her boyfriend Andrew Glennon while he was holding their son, James, during the Monday, August 19, episode of Teen Mom OG. Amber is behind bars again. Although reports about what may have happened that night have been surfacing for weeks, now, the show has finally caught up to the weekend of the incident. It all started after a particularly intense therapy session when Amber admitted to Andrew that lately, she’s been getting so angry she feels like “exploding.” When her cousin Krystal came over, she admitted that she and Andrew had been fighting over small things because she’d been having a hard time coping with her anger, stress, and lack of sleep. “He’ll joke when it’s not time to joke,” Amber said. “I just think that when he jokes when we’re talking about things that bother me, that bothers me. I know it’s hard for people to understand.” Teen Mom OG airs on MTV Mondays at 9 p.m.

Amber was born on 14th May 1990, in Anderson, Indiana, the U.S.A as Amber Leann Portwood. Her nationality is American and she belongs to North American ethnicity. Her father Shawn Portwood Sr. died at the age of 50 in December 2014 due to alcohol-induced liver damage. Her mother is Tonya Portwood who was working with the Indiana Automotive Fasteners, Inc. She was in hit TV series, 16 and Pregnant, she revealed that she was raised up by her parents in a friendly and the entertaining environment along with her siblings. Her brother Shawn Jr. also used to be on the show with her and is very supportive of his sister. Her sister Candace died when she was 6 years old. Also, she told that she was highly attracted to the T.V and film industry from a very early age and was dedicated to it Concerning her educational background, she attended high school in Indiana but she dropped out of school. As of 2019, she celebrated her 29th birthday. Her religion is Christian. Her other early life information will be added soon.

Amber is a very beautiful actress with an average height of 5 feet and 4 inches and her balanced weight consist of 62 kg. She has a body size of 35-25-35 inches. She has dark brown hair color and blue eyes color. Overall, she has got a healthy body.

The career of Amber Portwood

Net Worth of Amber Portwood

Amber is a very successful person and her career has paid her a lot of fortune. Her net worth is estimated to be approximately $1,000,000. Her exact salary has not been revealed as of now but it will be added soon once it gets revealed. Overall, she is satisfied with her earnings.

Our contents are created by fans, if you have any problems of Amber Portwood Net Worth, Salary, Relationship Status, Married Date, Age, Height, Ethnicity, Nationality, Weight, mail us at [email protected]