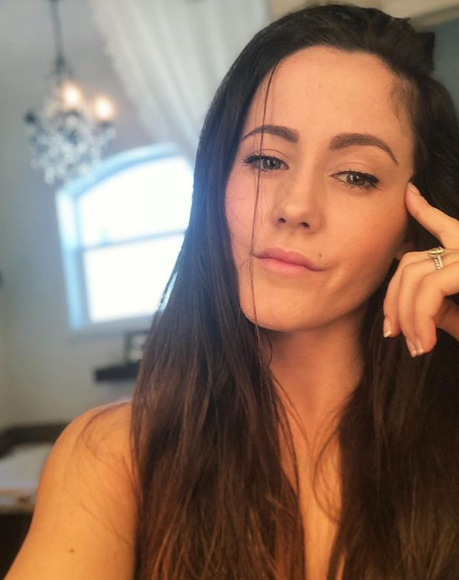 Jenelle Evans is a reality star who show casts in a reality television series called “Teen Mom 2” which was the second season of the hit reality series “16 AND PREGNANT”. This reality show especially focused on the lives of people experiencing early motherhood.

While her “Teen Mom2” she and her boyfriend were accused of having drugs and both of them were arrested. She was even accused of not taking care of her son Jace.

Teen Mom 2 star Jenelle Evans faced domestic violence when her husband David Eason attacked her and 91 had to be alerted! The audio recording of the 911 call done by Jenelle to the emergency team has been obtained exclusively by RadarOnline.com.

The Teen Mom star Jenelle Evans was born in Oak Island, North Carolina, the United States of America as Jenelle Allen Evans with Sagittarius birth sign. She is American by nationality and belongs to White ethnicity.

She is the daughter of Robert Evans (father) and Barbara Evans (mother). She has two siblings named Colin Evans and Ashleigh Evans. She grew up in Oak Island, North Carolina, the United States of America which was her birthplace.

Talking about her education, She graduated from Miller-Motte Technical College.

Jenelle Evans started her career by playing a role in the TV series named “16 and Pregnant” where her entire lifestyle is shown. She focused that she chooses to party over her child in this show. After giving birth to her child, She continues to slip back into her partying ways. Her mother Barbara takes the entire custody of her son Jace. She then played a role in the series named “Teen Mom 2”. In this show, She shows her love for partying as well as her responsibilities towards her child. Similarly, She was said to be paid back $100k while working for the show “Teen Mom 2”. She also has a youtube channel named “Luhviinxnelle” where she used to post her vlogs. Furthermore, She also would hold live broadcasts via Ustream.

Net Worth of Jenelle Evans

As per wiki sources, Jenelle Evans has the net worth of $30 Thousand to date. She has worked very hard and struggled a lot to reach that amount of net worth. She hasn’t revealed about her salary on the internet or to the media to date. Due to her much talked legal battles, she has a less net worth than she should have.

Jenelle Evans’s love life has been a quite complicated one. Her relationship with her lovers has not been a much lasting one. In 2008, Evans confirmed of having an affair with Andrew Lewis. She had her first son Jace Chon Evans with him.

After that, the couple split up in 2009 leaving Evans with the custody of her son Jace. In 2010, she had an affair with Keiffer Delp. This relation too did not last long and they got separated in 2012.

Right after her split with Delp, she got married to Courtland Rogers and got pregnant with her second child, Kaiser. This marriage too did not last long and the couple signed divorce in 2013 due to some personal issue.

Currently, Jenelle Evans is dating David Eason and she recently had her third child Ensley Eason with her fiancee.

Our contents are created by fans, if you have any problems of Jenelle Evans Net Worth, Salary, Relationship Status, Married Date, Age, Height, Ethnicity, Nationality, Weight, mail us at [email protected]