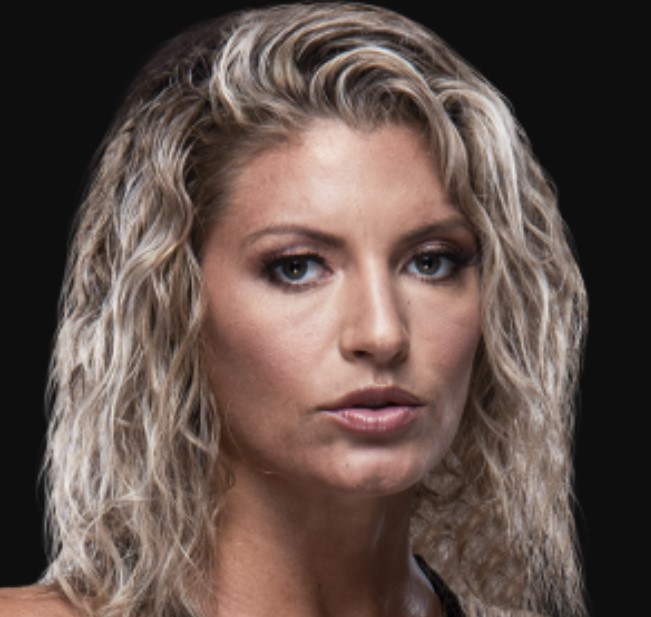 Ashley Yoder is an American mixed martial artist who currently competes in the Starweight division of the Ultimate fighting Championship(UFC). She is mostly known as the “Spider Monkey”. She got signed to UFC in 2016. She is also a brown belt in Brazilian Jiu-Jitsu.

She is also quite active in the social media platform with around 64k followers on Instagram: @spidermonkeyyoda and 8k followers on Twitter: @AshleyYoderMMA.

Besides, on 15th August 2020, Yoder lost to Livia Renata Souza at UFC 252 in Los Angels by unanimous decision. This fight was the first fight for her new four-fight contract. The first round was won by Souza with 14-7 points and the second was won by Yoder with 6-2 points. However, both the fighters were not able to score points in the 3rd round which led Souza with the victory. With this loss, she now has a record of 7-6 victory to a loss in her MMA career.

What is Ashley Yoder famous for?

Where was Ashley Yoder born?

Ashley Yoder was born on October 20, 1987, in Indianapolis, Indiana, United States. American is her nationality. Her birth name is Ashley Elizabeth Yoder. Her ethnicity is White caucasian while Libra is her zodiac sign.

She was born as the second child of Rick Yoder(father) and Tammy Yoder(mother). Her parents got divorced when she was just 3 years old. She and her brother, Michael got raised by her mother.

She was raised in her hometown, Indiana along with her brother. She did her schooling from Herron High School. During her school days, she was involved in cheerleading and dance. She also competed in track and field.

Later, she attended Indiana University and graduated with two Bachelor’s degrees in Criminal Justice and African American Diaspora Studies. Then, she worked as a Lifeguard. Her brother died on her 18th birthday due to a car accident followed by her cousin’s death two years later.

Yoder began training in MMA after her friend suggested her to do so. Also, she used MMA as a channel to vent out her anger about her brother’s demise. She pursued her career in MMA and participated in the UFC “The Ultimate Fighter 20 tryout. But, she didn’t make a  breakthrough to be a cast member.

Before joining in UFC, she competed in many fights under BAMMA USA and Gladiator Challenge Promotions where she won most of her fights.

Who is Ashley Yoder dating?

The American MMA and UFC fighter, Ashley Yoder is currently single. She seems to be more focused on her career than her personal life. Yoder doesn’t have any relationship rumors yet. She is an animal lover and has a dog pet named “Beth”. At present, she is living in Las Vegas. Her nickname is Spider Monkey and Southpaw is her stance.

What is the net worth of Ashley Yoder?

The American MMA and UFC fighter, Ashley Yoder has a good earning from her profession. She has an estimated net worth of $150k as of 2020 and her salary is estimated to be $40k.

When she defeated Syuri Kondo at UFC Fight Night, she was paid a  salary of about $32k with a bonus. Her source of wealth is from UFC. Yoder is living a luxurious lifestyle with her earnings.

How tall is Ashley Yoder?

The 32 years aged, Ashley Yoder has a well maintained athletic body. She has a fair complexion with blonde hair and a brown pair of eyes. She stands tall with a height of 5ft 7inches(1.7m) and has a bodyweight of 56kg. Her body shape is an hourglass. 32-22-33 inches is her body measurement. Her shoe size is 8(US). Her reach is 69.5″ and her leg reach is 37″.

Our contents are created by fans, if you have any problems of Ashley Yoder Net Worth, Salary, Relationship Status, Married Date, Age, Height, Ethnicity, Nationality, Weight, mail us at [email protected]