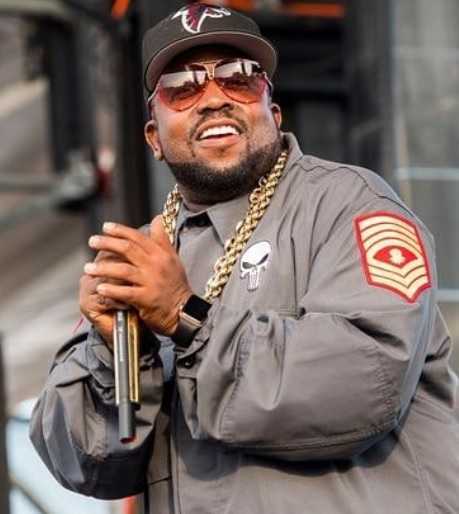 Antwan Andre Patton, popular by the stage name Big Boi is an American rapper, songwriter, record producer, and actor. He rose to prominence after his hip hop duo alongside Andre 3000 gained popularity. Their hip hop duo, Outkast has produced six studio albums. Besides, Big Boi has also pursued his solo career as he has already released 3 solo studio albums.

Atlanta-native Big Boi to Perform at Super Bowl LIII as a guest artist.

To perform in one of the biggest gigs in the world, Super Bowl is a fortune. And Big Boi will perform there at the Super Bowl LIII halftime show. Following the months of speculations and rumors, Big Boi along with Travis Scott are two guest rappers who will perform there, whereas Maroon 5 will headline the show. Maroon 5 announced via Twitter that they will perform at the 2019 Super Bowl.

The Super Bowl half-time show takes place during the NFL’s championship game. Many popular artists including Beyonce and Lady Gaga have already performed there.

Big Boi was born on 1 February 1975. His birth name is Antwan Andre Patton. His parents are Tony Kearse, a father, and Rowena Patton, a mother. He was born in Savannah, Georgia in the United States. He holds an American nationality and belongs to the black ethnicity. He has three brothers, Jason, James, and Marcus Patton. His zodiac sign is Aquarius and his religion is Christianity. He attended Herschel V. Jenkins High School. He spent his childhood in Savannah, Georgia. Later he moved to Atlanta with his Aunt Renne. He decided to pursue his interest in music at Tri-Cities High School.

The career of Big Boi

The duo has released its six studio albums to date.

He released a follow-up album to his first album in November 2012. The album was titled Vicious Lies and Dangerous Rumors.

He has featured on the Catch The Throne mixtape with the song “Mother of Dragons”. The song was released in March 2014 to promote the fourth season of Game of Thrones.

He revealed in 2012 that he has already started working on his third studio album and has planned to release it in 2014.

However, his third album, Boomiverse was released only in April 2017.

He signed a management deal with Jordan Feldstein’s Career Artist Management and a record deal with Epic Records, both in 2014.

He signed to Hitco Music, the new label of L.A Reid and Charles Goldstuck in 2018.

He appeared as a guest star in the 3rd and 5th season of Nick Cannon’s Wild ‘n Out.

He has also appeared as a musical guest on Chappelle’s Show.

He also starred in the comedy-drama film, ATL, and musical comedy film, Idlewild in 2006.

He has also appeared in an episode of Law & Order: Special Victims Unit in 2008.

He collaborated with the Atlanta Ballet in the show, Big in 2008, which premiered at the Fox Theater in Atlanta.

The 43-years old American rapper is married to Sherlita Patton. They first met in 2001. They tied a knot to each other in February 2002. His wife filed for divorce in 2013 but they patched up in 2014. The couple has three children altogether. They have 2 sons, Cross and Bamboo, and a daughter Jordan. Bamboo Patton is Big Boi’s son from his previous relationship.

He was arrested and charged with illegal possession of the controlled substance MDMA powder and Viagra. He was later released from the Miami-Dade County jail on a $16,000 bond.

He lives with his family in Atlanta, Georgia.

Net Worth of Big Boi

Big Boi is one of the successful artists who has earned quite a fortune from the industry. He launched his custom Chuck Taylor sneakers with Converse in 2010. As of 2018, his net worth is estimated at around $50 million.

Our contents are created by fans, if you have any problems of Big Boi Net Worth, Salary, Relationship Status, Married Date, Age, Height, Ethnicity, Nationality, Weight, mail us at [email protected]