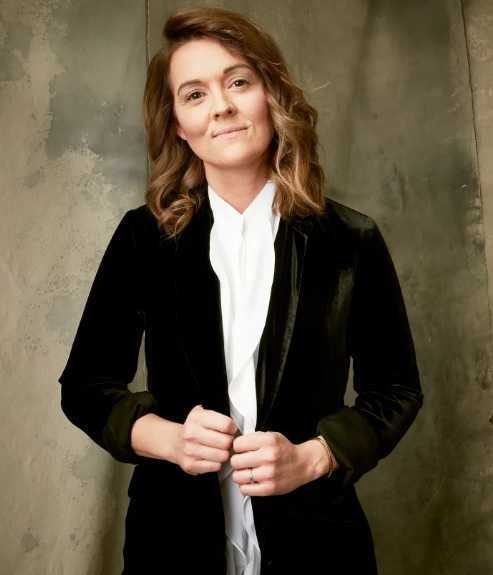 Brandi M. Carlile, popularly known as Brandi Carlile is an American singer-songwriter and producer. She is a three-time Grammy award-winning musician. She was the most nominated woman (6 nominations) at the 61st Grammy Awards. Her music genre spans from alternative country, pop, and folk to rock music. Besides music, she has been a part of several activism campaigns. She also advocates for causes ranging from spreading awareness for health issues to the empowerment of women. She has over 302k followers on her Instagram.

What is Brandi Carlile Famous For?

Where was Brandi Carlile Born?

Brandi Carlile was born on 1 June 1981. Her birth name is Brandi M. Carlile. Her mother is Teresa Carlile. Her father’s name is not available. Her birthplace is in Ravensdale, Washington in the United States. She holds an American nationality. She has 2 siblings, Jay and Tiffany. Her religion is Christian. Her zodiac sign is Gemini.

She started singing country songs when she was 8 years old. She attended Tahoma High School. She later dropped out of high school to pursue her career in music. She later stated that she was diagnosed with attention-deficit disorder as a teen. She became a backup singer for an Elvis impersonator at the age of 16. She taught herself to play piano and guitar.

She released her self-titled debut album, Brandi Carlile in 2005.

She later went on to release 5 studio albums and 1 live album.

Her latest album, By the Way, I Forgive Way is her highest charted album to date. The album debuted at No. 5 on the Billboard 200 and reached No. 1 on Billboard’s Top Rock Albums.

She released a benefit album, Cover Stories in May 2017. The album features songs from her 2007 album, The Story, and 14 other artists.

Her songs, “Tragedy”, “What Can I Say”, and “Throw It All Away” were featured in the TV drama series Grey’s Anatomy.

She headlined several tours and has supported several artist’s tours.

She created her own music festival, Girls Just Wanna Weekend in July 2018. This festival took place in Mexico in January featuring female musicians such as Indigo Girls, Maren Morris, Margo Price, Patty Griffin, and others.

She received 6 nominations at the 61st Annual Grammy Awards. She was the most nominated female in 2019.

2018 UK Americana Awards – International Song of the Year for “The Joke”.

Who is Brandi Carlile Married to?

Brandi Carlile came out as a lesbian in November 2002. She is a married woman. She is married to Catherine Shepherd. They got engaged in June 2012. The couple got married in Boston, Massachusetts on 15 September 2012. The couple has two daughters.

She lives in Maple Valley, Washington. She keeps some goats, chickens, a horse, a dog, and a cat.

She and Phil Hanseroth established the Looking Out Foundation in 2008. The foundation has given financial grants to organizations, Reverb, Honor the Earth, The Bridge School, UNICEF, The Women’s Funding Alliance, Doctors Without Borders, and the HRC.

She donated $1 from every concert ticket sale to the foundation.

The foundation partnered with Seattle Police Department, the Indigo Girls, and two local Seattle self-defense studios in 2010 to support the Fight the Fear Campaign.

What are Brandi Carlile Body Measurements?

Our contents are created by fans, if you have any problems of Brandi Carlile Net Worth, Salary, Relationship Status, Married Date, Age, Height, Ethnicity, Nationality, Weight, mail us at [email protected]