Birdman is an American rapper, record executive, and entrepreneur 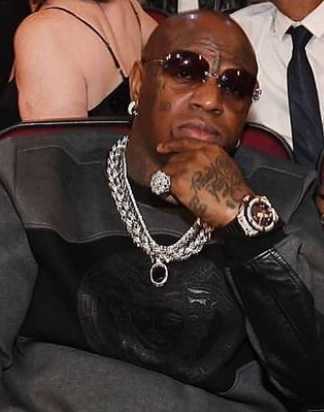 Bryan Christopher Williams, popular by his stage name Birdman is an American rapper, record executive, and entrepreneur. The 55-years old rapper previously used the name Baby, which was given to him after birth, until his then group Big Tymers was dismissed. He is the co-founder of Cash Money Records, founded with his brother Ronald “Slim” Williams. He has released four solo studio albums. He has also released a collaboration album and numerous tracks with fellow rapper and protege Lil Wayne. Birdman is given the credit of discovering and establishing Lil Wayne in the industry. Overall, he is a very talented rapper. He has also founded the project and hip hop supergroup Rich Gang, bringing attention to artists such as Young Thug and Rich Homie Quan.

It is almost certain that the Cash Money Records founder, Birdman, 55, and his singer and songwriter girlfriend, Toni Braxton, 51, have parted their ways. Earlier, Birdman shared an Instagram story that wrote, “It’s over …..”, depicting the end of his affairs with his fiancee. He then erased all the pictures on his Instagram account, leaving nothing behind.

Likewise, the singer, Braxton also went on to delete all of her Instagram photos. She then posted only a picture of her in a red dress.

She captioned it, ” Starting a new chapter isn’t always an easy choice…but ALWAYS choose to be chosen. Cheers to a new year”

Seems like they have had more differences that led them to part their ways. The couple got engaged earlier in February 2018.

Birdman was born Bryan Christopher Brooks (real name) on 15th February 1969. He chose to keep the surname of his mother. His father’s name is Johnnie Williams and his mother’s name is Gladys Brooks. He was born at Charity Hospital in New Orleans. His birth nation is the United States and he holds an American nationality. His zodiac sign is Aquarius. He follows the Christian religion. His mother died when he was 5 years old. Hence, Birdman and his siblings had a rough childhood, as he lived with his uncle for three years and a few years in foster care as well. His father won full custody of them and they started living with their father in Magnolia Projects in Central City, New Orleans. His name was eventually changed to Bryan Christopher Williams.

While growing Birdman and his step-brother Eldrick started committing robberies and selling heroin. They were arrested when Birdman was 16. At 18, Birdman and his brother were once again arrested for drug possession. He served 18 months in Elayn Hunt Correctional Center.

He has ten brothers and twelve sisters, including Ronald “Slim” Williams. One of Birdman’s younger sisters, Tamara, was killed in a car accident in 2006. Due to their mother passing away at a young age, Birdman primarily raised his younger sister and referred to her as his “daughter”. He also had a close relationship with his step-brother Eldrick Wise, who was killed in an unsolved murder in 1991. As of 2020, he celebrated her 51st birthday. His ethnicity is Black.

The 55-years old American rapper started dating singer Toni Braxton in May 2016. Their relation advanced to the next level when they got engaged in February 2018. She made the announcement on her reality TV show Braxton Family Values. Their affair reportedly ended in the first month of 2019. Toni Braxton is an American singer and songwriter best known for her song Unbreak My Heart. As of now, he is assumed to be single.

Previously, he was married to the Venezuelan model Diana Levy. They tied a knot to each other in 2012. Birdman and his wife later separated in 2016. He also has two children. His son, Bryan Williams Jr. was born in 1997 and his daughter Bria Williams was born in 1998.

Net Worth of Birdman

Birdman is a famous rapper and with his rapping career, he has accumulated a huge amount of money. Forbes listed him as the fifth-highest earning star in hip-hop in 2013, as he earned $21 million in that year, which previously estimated his net worth of $125 million in the previous year. As of 2018, his net worth is estimated at around $90 million. Whereas his net worth as of 2020 is believed to have $80 Million. His exact salary is under review as of now. But he is satisfied with his earnings and he is living a luxurious lifestyle from his earnings.

The 55-years old American rapper is a handsome hunk with a charming personality. He has got a glowing face attracting a lot of people towards him. He stands at a height of 1.79 m i.e. 5 feet and 10 inches tall. He has a body weight of 185 lbs i.e. 84 kg. He has a large body build. He usually keeps his head bald. He has brown eyes. Overall, he has got an average body build with a healthy body. His other body measurements will be added soon.

Our contents are created by fans, if you have any problems of Bryan Christopher Williams Net Worth, Salary, Relationship Status, Married Date, Age, Height, Ethnicity, Nationality, Weight, mail us at [email protected]