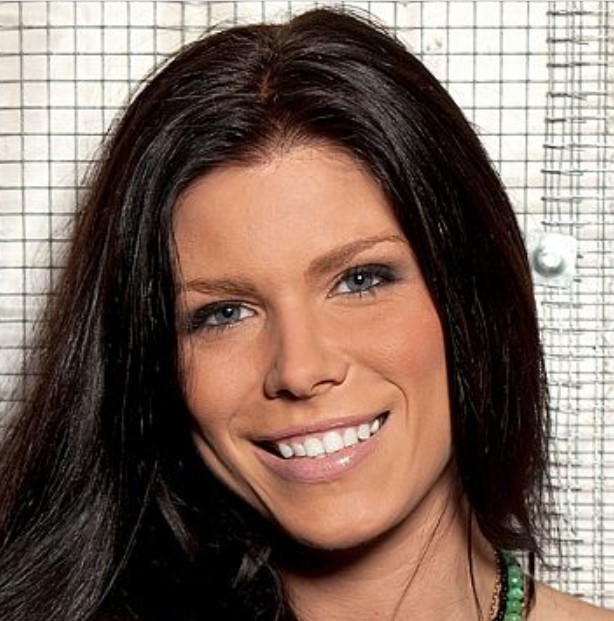 Daniele Donato is an American television personality who is well-known for her multiple appearances on a popular reality show, “Big Brother”. Donato was a contestant on season 8 of “Big Brother” along with her father Dick Donato, which she finished up as the runner-up while her father Dick winning the title becoming the only family member pair to win the American Big Brother program’s top two prizes in the same season.

She again appeared in Big Brother 13 along with her father Dick Donato, this time finishing in the eighth place. Donato made her latest appearance on the “Big Brother 22: All-Stars” as one of the HOH of the show’s latest season aired on August 5, 2020. She is also known for her long-lasted relationship with fellow season 13 co-star Dominic Briones which turned in a marriage of 7 years long from 2013.

What is Daniele Donato Famous for?

Where was Daniele Donato Born?

Daniele Donato was born on August 20, 1986, in Huntington Beach, California, United States. Her birth name is Daniele Donato. Her nationality is American. Donato belongs to White ethnicity while Leo is her zodiac sign.

Daniele was born as the daughter of Dick Donato(father) and Michelle Donato(mother). Her father, Dick is an American bar manager and podcaster who is well-known as the winner of the reality game show, “Big Brother 8”. Dick holds the record as the show’s oldest winner(age 44 at the time), and his daughter, Daniele is the youngest person(having turned 21 during the competition) ever to win one of the American program’s top two prizes.

She grew up along with her sibling, Vincent Donato in her hometown. She was a waitress before she starred on Big Brother.

Daniele Donato began her career as a television personality as one of the contestants in season 8 of a popular reality show, “Big Brother” in 2007, along with her father, Dick. They were also nominated for eviction, deeming them as the most negative people in the House on day 14. However, on day 81, the season finale, they were the one standing as the final two contestants making history on the show for the first time.

With a vote of 5 to 2, her father, Dick won the game leaving Daniele on the second position. Since then, she became the co-host of HouseCalls on Mondays with Gretchen Massey and has since worked towards her college degree.

In 2011, Daniele and her father, Dick were asked to appear on “Big Brother 13”, along with other notable duos from previous seasons. Daniele also hosted a show on Superpass with BB 12’s Ragan Fox called Rumor Control at the time.

On Day 6 of BB 13, Dick had to leave the show for personal reasons, leaving Daniele without a partner, and with a Golden Key. However, she couldn’t last long as on Day 55, she was evicted on a 3-2 vote, becoming the second Jury member.

Who is Daniele Donato Married to?

Daniele Donato is married to Dominic Briones. Briones is also an American reality star who appeared alongside Donato on season 13 of “Big Brother” in 2011. After meeting on Big Brother 13 and becoming best friends, Daniele and Briones got married shortly after on January 19, 2013, in Huntington Beach, California.

They announced of expecting their first child in March 2018 and welcomed their baby girl named Tennesse Autumn on August 20, 2018.

Previously, Donato was in a relationship with her former housemate, Nick Starcevic after season 8 ended in 2007. However, on Big Brother 9, she and her father were interviewed, and she confirmed that she and Starcevic were no longer together.

What is the Net Worth of Daniele Donato?

Daniele Donato has quite good earnings from her professional career as a reality star. Having successfully started her career in 2007, Donato has come a long way up and has appeared in shows as well.

Her net worth is estimated to be around $250k.

How Tall is Daniele Donato?

Daniele Donato is a beautiful lady in her 30s who managed to win the heart of her fan while on Big Brother. She stands tall with a height of 5ft. 6inch. while her body weighs around 58kg. She has a fair complexion with blonde hair and blue eyes.

Our contents are created by fans, if you have any problems of Daniele Donato Net Worth, Salary, Relationship Status, Married Date, Age, Height, Ethnicity, Nationality, Weight, mail us at [email protected]