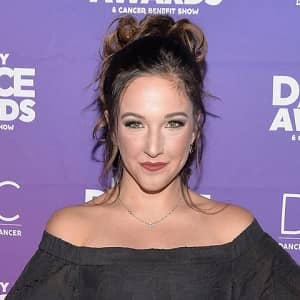 Gianna Martello is a famous reality TV star from America. She is one of the early dance enthusiasts who has never stepped back from dancing. Currently, she is a choreographer famous for appearing in the hit Lifetime series, Dance Moms.

Where is Gianna Martello from?

Gianna Martello was born on June 10, 1989, and hails from Pennsylvania. She is American by nationality and is currently 31 years old. Her parents are Paul and Kim Martello. Talking about her childhood, she was influenced by her family of dancers, which inspired her to be a dancer while growing up.

There is not much known about her family but her grandmother, mother, and aunts were all associated with the craft. According to her statement, Gianna also followed their footsteps and began her formal training at the mere age of four.

Academically, she enrolled in college earning a degree in Advertising and Public Relations due to her family’s persistence.

How did Gianna Martello rise to stardom?

Gianna Martello set her aim from a very tender age. She enrolled at The Abby Lee Miller Dance Company at the age of seven, and by sixteen, she was being assisted by Abby Lee Miller. Gradually. Because of her outstanding performance, she received great recognition from the people.

It was just a matter of time Gianna rose to stardom and after she was featured as a choreographer in the show, Dance Mom. Dance Mom became such a sensation in a short period of time, soon she became one of the most recognized choreographers. However, after seven seasons into the show, she decided to exit the show after a dispute of Abby Lee with the producers of the Dance Moms.

As Gianna was reaching her peak image, she tried her luck in television as well. The star has also appeared in an episode of the TV series Kingdom Geek.

What is Gianna Martello’s net worth?

As a successful choreographer and dancer, soon she became one of the most requested choreographers in the industry. As an established choreographer in ALDC, she has collected a net worth of about $600K from her career. According to her social media posts, she sure seems to be living a quality life from the fortune she has made out of her profession. However, there is not a single record about her official earnings as a choreographer.

Is Gianna Martello in a relationship?

Referring to the dating life of Gianna, the heartthrob of the millions likes maintaining a personal space when it comes to her relationship. According to several media sites, the star is most probably single. Gianna is even rarely seen with any guy and is by far kept her dating life in disguise. Moreover, on Twitter, she even opened that her father always brings up the fact that she doesn’t have a boyfriend.

How tall is Gianna?

Talking about his physical attributes, she stands with a height of 5 feet 1 inch (1.55 meters). As she is a dancer, fitness freak, she has always well maintained her body weight but isn’t disclosed to the media yet. Likewise, information regarding her other body measurements is still under review and we will soon keep an update on her. Moreover, she has dark brown hair and a pair of beautiful hazel eyes.

Gianna Martello is available on Instagram under the username @giannamartello with about 1.3 million followers. Similarly, her Twitter handle is @giaabella and has about 247.1 K followers. Moreover, she has more than 25K followers on her official Facebook profile.

Our contents are created by fans, if you have any problems of Gianna Martello Net Worth, Salary, Relationship Status, Married Date, Age, Height, Ethnicity, Nationality, Weight, mail us at [email protected]