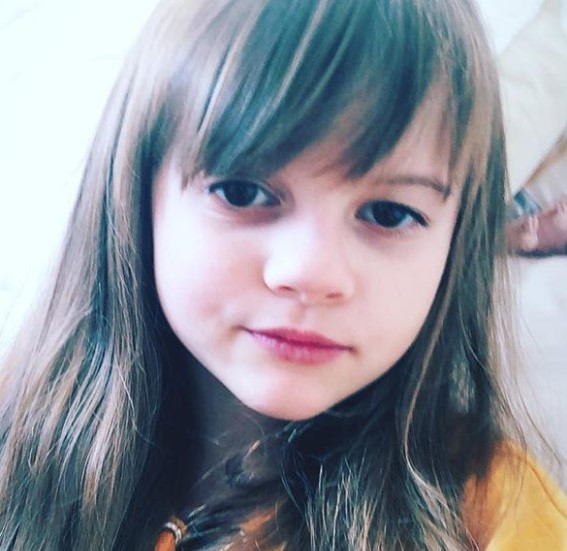 Heidi Elizabeth Croft is an English celebrity child. She is the daughter of English singer. Kerry Katona is a singer-songwriter best known as the former member of the girl group Atomic Kitten. Kerry won the third series of I’m a Celebrity…Get Me Out of Here! in 2004 and finished runner-up in the Celebrity Big Brother 8 in 2011. She also appeared in numerous reality shows that chronicled her life, career, and her battle with mental issues. Heidi gained attention after she auditioned for the 4th season of  The Voice Kids in 2020. She sang “I Try” in her audition and chose Paloma Faith as her coach.

She has over 7k followers on her Instagram @heidikatona.

What is Heidi Elizabeth Croft Famous For?

Where was Heidi Elizabeth Croft Born?

Heidi Elizabeth Croft was born on 20 February 2007. Her birth place is in Macclesfield General Hospital, Macclesfield, Cheshire in England and holds an English nationality. She belongs to white ethnicity. She was born to a mother, Kerry Katona, and a father, Mark Croft. Her mother is a popular English songwriter, whereas his father was a taxi driver. Her parents met when her father was supplying cocaine to her grandmother Sue in 2005. They got married on 14 February 2007. The couple separated in 2009 and their divorce was finalized in 2011. She has one biological brother Maxwell Mark Croft, born in 2008. She also has 2 half-sisters from her mother’s first marriage with Westlife star Brian McFadden. They are Molly Marie McFadden and Lilly-Sue McFadden. She also has one half-sister, Dylan-Jorge Rose Kay from her mother’s marriage with George Kay. Her grandparents are Sue Katona and Ron Armstrong.

Her mother has suffered from mental health issues including bipolar disorder, depression, dyslexia, and attention deficit hyperactivity disorder. Her mother also suffered from substance abuse. She had undergone treatment at rehab for several weeks. Her stepfather, George Kay also suffered from mental health issues, who had served three years in prison for blackmail earlier in 2008, prior to meeting Kerry Katona. Her stepfather Kay died of an overdose on 5 July 2019.

Katona, her then-husband Croft, and their daughter Heidi were held hostage at their home in Wilmslow, Chesire on 15 July 2007. One of the three intruders hold Katon at knife-point and they stole a blue BMW and other valuables with an estimated total value between 100,000 and 150,000 pounds.

Heidi Elizabeth is just in her early 10s. She is too young to get involved with someone romantically. 4-5 years down the line, we might see her dating some handsome hunk. Until then, she is focused on her education as well as music.

Heidi Elizabeth Croft is yet to embark on her professional career. It seems like Kerry Katona will pursue a music career in the future. The young talent will surely earn her own name and fame through music. Her net worth will be updated once she starts making her own fortune.

Our contents are created by fans, if you have any problems of Heidi Elizabeth Croft Net Worth, Salary, Relationship Status, Married Date, Age, Height, Ethnicity, Nationality, Weight, mail us at [email protected]