Hunter Price is one of the famous American singer and musician, who also appeared as a contestant in the famous show of United States, "America's Got Talent" 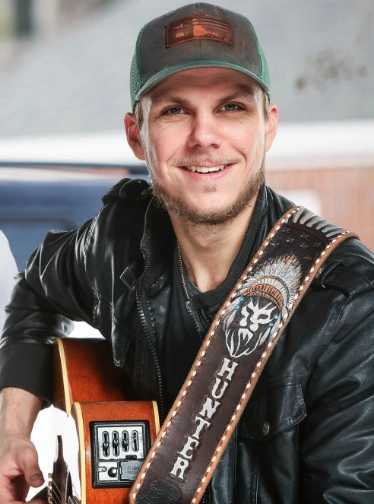 Hunter Price is one of the famous American singer and musician, who also appeared as a contestant in the famous show of United States, “America’s Got Talent”

What is Hunter Price famous for?

– Famous as a singer and musician and former contestant of the show,” America’s Got Talent” season 13.

Where was Hunter Price born?

– Hunter Price was born on 1st August 1992 in Barnesville, Georgia, US. He holds an American nationality. He belongs to the Christian religion and white is his ethnicity.

– He was born to Glen Price(father) and Marilyn Price(mother). His parents are divorced. He was raised in his hometown. Anna Price is his sister.

– He did his schooling at “Monroe Academy” and “Tattnall Square Academy” in Georgia. He later attended “Gordon State College”. He has lots of achievements in his school life which also includes winning several talent shows.

– He had been performing to crowds in Georgia since he was a teen when his mother acted as his manager.

How is Hunter Price’s career?

– Price started his career in music in 2018 through the show, “America’s Got Talent” season 13.

– He sang the cover song “Everything I Do” in the audition.  But Simon Cowell, a judge halted his performance and asked him to perform his own song.

– Price, then got a chance to sing his own original song, “Left Behind” in his audition. For this performance of him, three yes were granted which sent him to the Judge Cuts.

– But, his act was buzzed by Howie Mandel and he was eliminated from the competition before reaching the quarterfinals.

– Though being an unsigned singer and songwriter, Price has managed to make his space in people’s hearts as he is able to win the hearts of millions of people across the country.

– He has around 40k followers on Instagram and has always moved forward with his passion ahead.

How is Hunter Price’s personal life?

Hunter Price is in a love relationship with his baby, Kathryn Dennis. Kathryn Dennis is a famous star of Southern Charm and mother of two children.

They revealed their relationship publicly by posting a cozy photo of them on their Instagram accounts.

What is the net worth of Hunter Price?

Hunter Price is in the process to have his career maintained as currently, he is unsigned.

How tall is Hunter Price?

The American singer, Price’s height and weight is still not disclosed. He has Light brown hair and blue eyes.

Our contents are created by fans, if you have any problems of Hunter Price Net Worth, Salary, Relationship Status, Married Date, Age, Height, Ethnicity, Nationality, Weight, mail us at [email protected]