J. B. Homles is an American professional golfer. 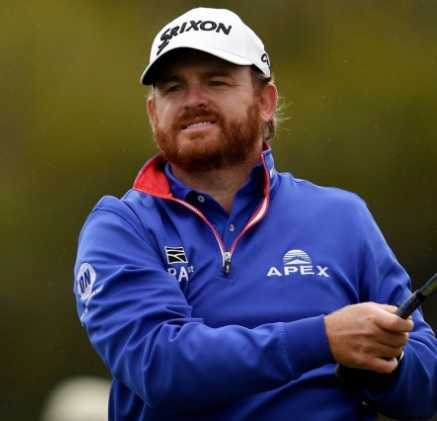 Facts of J. B. Holmes

John Bradley Holmes professionally known as J. B. Homles is an American professional golfer. He plays on the PGA Tour. He turned professional in 2005. Altogether, he has won 8 times in his professional career. He is a very talented golfer. He reached career-high ranking at number 19 in the Official World Golf Ranking in 2017.

J. B. Holmes was born on 26 April 1982. His birth name is John Bradley Holmes. He was born to a father Maurice Holmes, and a mother, Lisa Holmes. He belongs to White ethnicity. His birth place is in Campbellsville, Kentucky in the United States. He holds American nationality. His zodiac sign is Taurus. He follows Christianity religion.

He attended Taylor County High School in Campbellsville. After graduating from high school, he attended the University of Kentucky in Lexington.

Before turning professional, he played on the varsity golf team and Pepsi Junior Golf Tour while at the high school. He also played while at the University of Kentucky.

He represented the United States in the 2005 Walker Cup.

He was a medalist at the 2005 PGA Tour Qualifying Tournament.

He then tied for tenth in his first PGA Tour start at the 2006 Sony Open in Hawaii.

In February  2006, he won the FBR Open and became the fastest golfer to reach $1,000,000 in career earnings on the PGA Tour. It was also his fifth tournament as a professional and his fourth on the PGA Tour.

He was one shot behind Phil Mickelson in the final round with a four-shot lead, on the 18th and defeated Mickelson on the first playoff hole (the 18th) by making a six-foot birdie putt after a 359-yard drive.

The win peaked his rank to 62 in the Official World Golf Ranking.

He withdrew from the 2011 PGA Championship after the first round as he had been dealing with vertigo symptoms for several months and was diagnosed with structural defects in the cerebellum known as Chiari malformations.

On 1 September 2011, he underwent brain surgery. Doctors later discovered that he was allergic to the adhesive used on the webbed titanium plate at the base of his skull and was airlifted from his home in Kentucky to Johns Hopkins in Baltimore for another surgery.

He returned to the PGA Tour in late January 2012 at the Farmers Insurance Open.

Due to elbow and ankle injuries, he was limited to six PGA Tour events in 2013.

He later played in the Dunlop Phoenix Tournament on the Japan Golf Tour.

He regained his Tour status through the 2015-16 season, moved from 242nd to 68th place in the Official World Golf Ranking and entered into the 2014 PGA Championship at Valhalla Golf Club in Louisville, Kentucky.

He lost in the four-man sudden-death playoff at the Farmers Insurance Open in February 2015.

He became the 19th in the world rankings, his highest ever placing to date being the runner-up behind winner Dustin Johnson at the WGC-Cadillac Championship.

He was criticized by his fellow pros on social media after taking four minutes and ten seconds over his second shot to the 18th hole in the final round of the Farmers Insurance Open in January 2018.

He won the Genesis Open, his first victory in nearly four years on 17th February 2019.

J. B Holmes is a married person. He is married to Erica Holmes. The exact date of their marriage is currently unavailable. They are living a happy life at present without any disturbances. He has a son named Tucker Holmes.  His sexual orientation is straight.

He lives with his family in Campbellsville, Kentucky in the United States.

Holmes is a dedicated and energetic golfer. He stands at a height of 1.80 m i.e. 5 feet and 11 inches tall. He has a body weight of 190 lb i.e. 86 Kg. He has average body build. His other body measurement such as waist size, bicep size, dress size and more will be updated soon.

As of 2019, the net worth of this famous golfer, J.B. Holmes is estimated to have $41 Million. His major source of earning is from his golf career. His salary is estimated to be $2 Million as of 2019. He became the fastest golfer to reach $1,000,000 in career earnings on the PGA Tour winning FBR Open in 2006. He is satisfied with his earnings.

Our contents are created by fans, if you have any problems of J. B. Holmes Net Worth, Salary, Relationship Status, Married Date, Age, Height, Ethnicity, Nationality, Weight, mail us at [email protected]