Jeff Bezos is one of the famous American technology entrepreneurs. 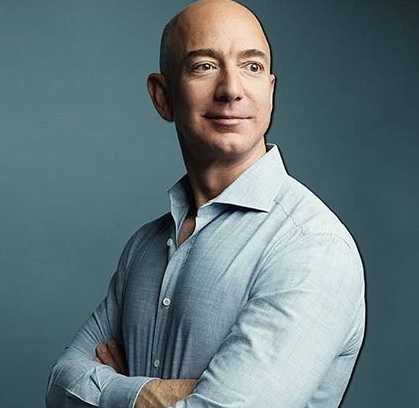 One of the famous American technology entrepreneurs, an investor is named as Jeff Bezos. He is the founder, chairman, and chief executive officer (CEO) of an American based electronic commerce and cloud computing company, Amazon. He founded Amazon in late 1994 in Seattle. Currently, Amazon is the world’s largest online sales company, as well as the world’s largest provider of cloud infrastructure services via its Amazon Web Services arm. Forbes named him the richest man in modern history in July 2018, as his net worth reached $150 billion. He is also one of the popular philanthropists. He was named Person of the year by Time in 1999. Time also named his one of the 100 most influential people in the world in their 2018 listing.

The full name of Jeff is Jeffrey Preston Jorgensen. He was born on 12 January 1964. His birthplace is Albuquerque New Mexico in the United States. He was born to Ted Jorgensen and Jacklyn Gise Jorgensen. His birth parents got separated, and his other married Cuban immigrant Miguel “Mike” Bezos in 1968. His surname was then changed to ‘Bezos’ from ‘Jorgensen’. He grew up in Houston, Texas. He attended River Oaks Elementary School in Houston. His family moved to Miami, Florida, where he attended Miami Palmetto High School. In 1982, He was awarded high school valedictorian, a National Merit Scholar and a Silver Knight Award. He attended Princeton University, from where he graduated in electrical engineering and computer science in 1986. He was the president of the Princeton chapter of the Students for the Exploration and Development of Space at Princeton University. He started showing interest in science and technology from his childhood.

After graduating from Princeton in 1987, he worked at a financial telecommunications start-up, Fitel, although he was offered jobs at Intel, Bell Labs, and Andersen Consulting. At Fitel, his job was to build a network for international trade.

In August 2013, Bezos announced that he had purchased The Washington Post for $250 million.

Jeff Bezos is married to Mckenzie Tuttle. They got married in 1993. She is a novelist, whom Bezos met while he was working at D.E. Shaw in Manhattan in New York. They were together in Seattle, where Bezos founded Amazon. The couple has four children. He has three sons and a daughter adopted from China.

Bezos faced helicopter crash in March 2003 in West Texas. He was one of the three passengers in a helicopter. He sustained minor injuries and was rushed to a hospital, from where he was discharged on the same day.

Net Worth of Jeff Bezos

Our contents are created by fans, if you have any problems of Jeff Bezos Net Worth, Salary, Relationship Status, Married Date, Age, Height, Ethnicity, Nationality, Weight, mail us at [email protected]