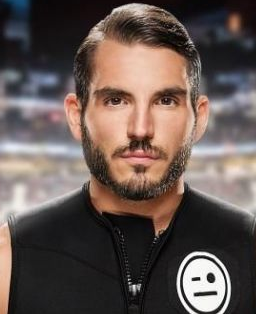 Facts of John Anthony Nicholas Gargano is an American professional wrestler. He is currently signed to WWE, where he performs on the NXT brand as Johnny Gargano and is the current NXT North American Champion in his record third reign

John Anthony Nicholas Gargano or in short Johnny Gargano is an American born professional wrestler who is currently engaged in the WWE where he performs on its NXT brand. He is a former NXT Champion, NXT North American Champion, and NXT Tag Team Champion (with Tommaso Ciampa). He captured the NXT North American Championship in January 2019 and won the NXT Championship in April the same year. With the win, Gargano became the first-ever NXT Triple Crown Champion. Overall, is a very talented wrestler.

Adam Cole beat Johnny Gargano in a 2-out-of-3 Falls match at NXT TakeOver: Toronto on Saturday night to retain the NXT Championship. Cole took the first fall, which was a traditional singles match after Gargano attacked him with a steel chair for the disqualification. Gargano took the second fall, which was a street fight, forcing Cole to submit in the Gargano Escape. Cole won the decisive third fall, which was a steel cage match, as specified by NXT general manager William Regal. The cage was supplied with weapons, and barbed wire ringed the top to prevent either wrestler from escaping.

As they were positioned on a table at the top of the cage, Cole took himself and Gargano down, and they crashed through a table in the ring. Cole had the presence of mind to get an arm across Gargano for the pinfall. Ultimately, Cole managed to beat Gargano for the second NXT pay-per-view in a row, which may lead to someone like Matt Riddle or Velveteen Dream stepping up as a new challenger and could fuel rumors of Gargano getting called up to the main roster as well.

Born and raised in Cleveland, Ohio, US on 14th August 1987. Johnny Gargano showed his interest in wrestling from his early age and at the age of 8 entered the ring for the very first time at Cleveland All-Pro Wrestling (CAPW) just for fun. His nationality is American and his ethnicity is White. His religion is Christian and his horoscope sign of Leo. While continuing his high school in St. Edward High School he unswervingly joined Cleveland All-Pro Wrestling School to become a professional wrestler. Under J.T Lighting and Josh Prohibition, he started his training to become a professional wrestler. Shawn Michaels, Chris Jericho, and Johnny Saint were the selected few role models of Johnny. As of 2018, he celebrated his 31st birthday.  His thirtieth birthday celebration was held at their home field, FirstEnergy Stadium.

Johnny is a very handsome wrestler with a strong body build. He has got an average height of 5 ft 10 in. He has maintained his body with a weight of 199 lbs. His hair color is Black. His other body measurements have not been revealed yet but it will be added soon. Overall, he has got a healthy body with a very charming smile on his lips.

The career of Johnny Gargano

Gargano is a married person. He was engaged to Candice Lerae, also a fellow American wrestler in January 2016, and later on, during the month of September 16 of the same year they tied their knots and since then they are happily married. Since Candice Lerae is a passionate Disney fan, they got married in Disneyland.

Net Worth of Johnny

Johnny is a professional wrestler and performs for WWE’s NXT. He has a base salary of $100,000 if we add his merchandise sales, PPV bonuses, and live event bonuses, he brings in about $500,000 a year. His net worth will be surely in millions but it is under review.

Our contents are created by fans, if you have any problems of John Anthony Nicholas Gargano is an American professional wrestler. He is currently signed to WWE, where he performs on the NXT brand as Johnny Gargano and is the current NXT North American Champion in his record third reign Net Worth, Salary, Relationship Status, Married Date, Age, Height, Ethnicity, Nationality, Weight, mail us at [email protected]