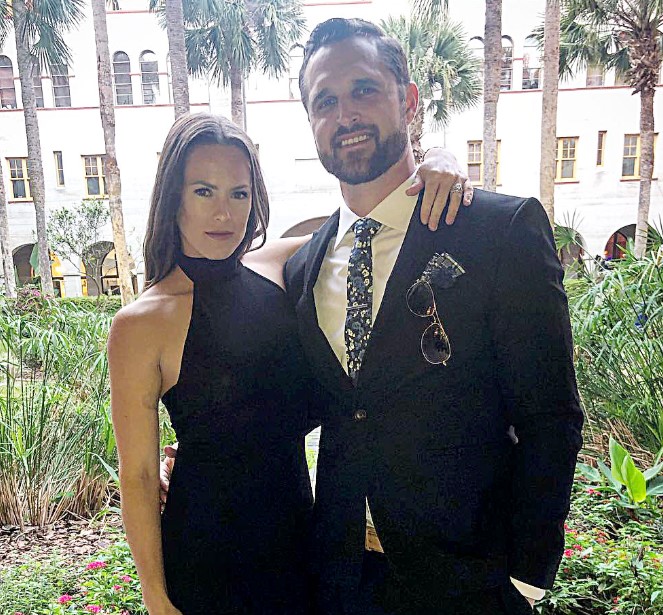 Kara Keough is an American marketing specialist, manager, and reality television personality who is best recognized for her appearance as a cast member on the Bravo reality series, “The Real Housewives of Orange County”. She remained in the show for around 5 seasons. Kara is also known for her relationship with the NFL player Kyle Bosworth.

What is Kara Keough Famous for?

Where was Kara Keough Born?

Kara Keough was born on October 30, 1988, in Orange County, California, USA. Her birth name is Kara Kathleen Keough. Her nationality is American. Keough belongs to White ethnicity while Scorpio is her zodiac sign.

Kara Keough was born in a well-to-do family to Jeana Keough(mother) and Matt Keough(father). Her mother, Jeana is also a Real Housewives of Orange County star while her father, Matt is a former MLB pitcher. Kara grew up along with her two brothers Shane and Colton. Both of them are athletes who played baseball in the minor leagues.

Keough completed her education by joining the University of California, Los Angeles and graduated “Magna-Cum-Laude”. Later, she earned a Bachelor of Arts degree in Interpersonal Communication Studies.

After her graduation, she began acting in the same year. Besides, she also worked at the Landmark Event Staffing Services Inc. as a guest service specialist.

Kara Keough has appeared in several movies and television shows since the 1990s. She made her debut film as a child in the thriller, “Outbreak” in 1995. She starred in the TV series, “Chicken Soup for the Soul” in 1999.

Keough got her breakout career after she appeared in the reality show, “The Real Housewives of Orange County”. She appeared in the show for 5 seasons. Her presence marked herself as a popular face among the people.

However, she is focusing her career working for Adecco Group as a Content Marketing Manager based in Jacksonville, Florida.

Who is Kara Keough Married to?

Kara Keough is married to her husband, Kyle Bosworth. Kyle is a popular NFL player with whom Kara got married on February 8, 2014. Their wedding was a grand wedding as Keough was wearing a beautiful dress designed by Mark Zunino, an American bridal designer.

Kara was pregnant with their second child but their newly born son, McCoy Casey Bosworth, died on April 6, 2020, the same day of his birth following childbirth complications. However, McCoy’d organs were donated and expressed gratitude for the opportunity to make sure McCoy’s legacy contributed to an important cause.

What is the Net Worth of Kara Keough?

The 31 years old Kara Keough has quite a good earnings from her professional career as a reality TV personality. Working in this field for more than a decade, she must have managed to amass worth thousands of dollars.

How Tall is Kara Keough?

Kara Keough is a gorgeous lady in her early 30s. She has a well maintained slim body physique. She stands tall with a height of 5ft. 6inch.(1.67m) while her body weighs around 57kg(125 lbs). She has a fair complexion with brown hair and green eyes.

Our contents are created by fans, if you have any problems of Kara Keough Net Worth, Salary, Relationship Status, Married Date, Age, Height, Ethnicity, Nationality, Weight, mail us at [email protected]