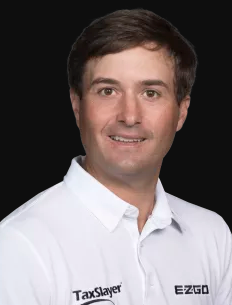 Kevin Kisner was born on 15 February 1984. His birth name is Kevin James Kisner. His birthplace is at Aiken, South Carolina in the United States. He holds an American nationality. His father’s name is Steve Kisner and his mother’s name is Christy Kisner. He attended the University of Georgia where he played college golf. He was a member of their 2005 NCAA Division I Championship team. He graduated from the University of Georgia in 2006. After graduation, he turned professional.

In 2009, he played in six National wide tour events.

He won the Mylan Classic at the 2010 Nationwide Tour.

He became the runner-up three times in the 2015 PGA Tour.

In November 2015, he finished as runner-up at the WGC-HSBC Champions event in Shanghai.

He earned his first PGA Tour victory on 22 November 2015 winning the RSM Classic in his 109th PGA Tour start.

The win moved him into the Top 20 in the world rankings and put him at the top of the early FedEx Cup standings moving into 2016.

He won his second PGA Tour title on 28 May 2017 winning the Dean & DeLuca Invitational.

He finished runner-up in WGC-Match Play in Austin, Texas in March 2018.

He tied for second at the 2018 Open Championship.

He reached the championship round of the WGC-Dell Technologies Match Play in March 2019.

Who is Kevin Kisner Married to?

Kevin Kisner is a married man. His wife’s name is Brittany Anne DeJarnett. They got married on 12 March 2012 in Athens. The couple has children together. They are Kathleen and Henry James. The family lives happily in Kisner’s hometown which is Aikens.

What are Kevin Kisner’s Body Measurements?

What is Kevin Kisner’s Net Worth?

Kevin Kisner’s major income comes from laying professional golf. With several wins, he was accumulated several prize money. As of 2019, his net worth is estimated to be $15 Million.

Our contents are created by fans, if you have any problems of Kevin Kisner Net Worth, Salary, Relationship Status, Married Date, Age, Height, Ethnicity, Nationality, Weight, mail us at [email protected]