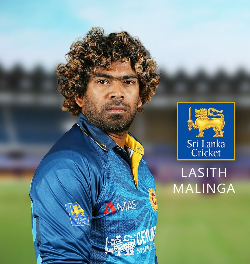 Lasith Malinga is a Sri Lankan cricketer, who bowls right-arm fast to the batsmen and is often referred to as death bowler by the spectators. Considered as one of the greatest fast bowlers in the shorter format, the slinger is best known for his toe crushing Yorkers and consecutive wicket-taking ability.

He is the only bowler to have taken 2 hat-tricks in ODI cricket and the only bowler to take 4 wickets in 4 balls both in ODI and T20. He achieved the feat against South Africa in 2007, second time against New Zealand in T20. On 22nd April 2011, he announced his retirement from test cricket. On July 26, 2019, he retired from ODI cricket, he played his last ODI against Bangladesh. Here are some lesser-known facts regarding Malinga. To know about him, read below.

Lasith Malinga became the first-ever bowler to pick up 2 hat-tricks in T20I cricket. Malinga had taken his 1st T20I hat-trick in a T20I match against Bangladesh in Colombo on April 2017. Notably, Malinga now has a total of 5 hat-tricks in limited-overs international cricket.

Malinga also went past Wasim Akram and set a record for the most number of hat-tricks in international cricket. Malinga has 3 hat-tricks in ODIs while Akram had 2 in Tests and as many in ODIs.

Who are the parents of Lasith Malinga?

Recalling his early life, Lasith Malinga was born to Serparamudu Milton and Swarna Thenuwara, a retired bus mechanic in a coastal village named Rathgama. He grew up in modest circumstances in Rathgama, a coastal village situated 12 km northwest of Galle. He often played cricket with friends on the sandbanks and coconut groves by a river in his cricket-obsessed village.

When did Lasith Malinga begin to play cricket?

Who is Lasith Malinga married to?

Reflecting his personal life, Malinga is married to Tanya Perera, a dancer by profession in the year 2010. The couple is blessed with one daughter and a son named Duvin. His real name is Separamadu Lasith Malinga and over the years the pacer has earned quite a few nicknames like Slinga, Malinga the singer, Kagawa. At present, the couple lives a lavish life with their children without any rumors of separation.

How much net worth does Lasith Malinga?

As one of the greatest fast bowler in the cricket industry, he must assume the sum of a good amount of money from his successful career. As per online sites, his estimated net worth said to be $20 Million at present while his salary is yet to be disclosed.

How tall is Lasith Malinga?

Observing his body statistics, Malinga stands a height of 5 feet 8 inches and weighs around 75 Kg. Similarly, he has a pair of dark brown eyes and curly black (Dyed Golden-Brown) hair. Further, his body measures 42-34-14 inches includes his chest, waist, and biceps. His shoe size is 9 (US).

Our contents are created by fans, if you have any problems of Lasith Malinga Net Worth, Salary, Relationship Status, Married Date, Age, Height, Ethnicity, Nationality, Weight, mail us at [email protected]