Lea Michele Sarfati is an American actress, singer, and author. She began her career as a child actress on Broadway, appearing in productions of Les Misérables, Ragtime, Fiddler on the Roof, and Spring Awakening. 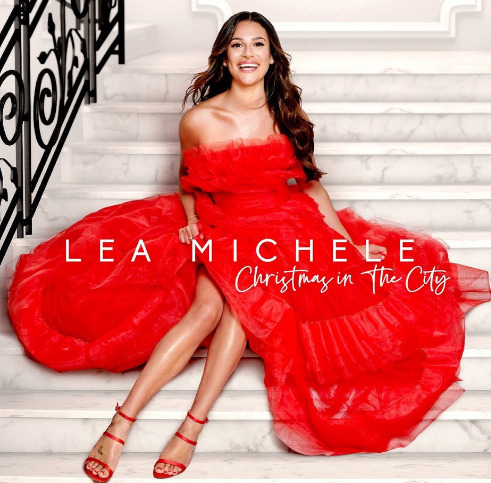 Uniqueness is what makes you the most beautiful.

If you believe in yourself you can make yourself whatever you want to be.

Confidence is what makes you stand out.

In the mid-1990s, an eight-year-old girl named Lea Michele went for the audition to support a friend who was hoping to land a role in Les Miserable, only to return home as an actress and a cast member of the show, something she had never thought she would become. many years later, that little girl has grown to become a well-known actress with over 20 works to her name. She has also become a singer and a writer who has already published two books. Let’s know more about the multi-talented actress through this article.

Where is Lea Michele born?

Recalling her early life, Lea was born as Lea Michele Sarfati in The Bronx, New York City, New York, United States, and raised into the suburban area of New Jersey, Tenafly. Her nationality is American and ethnicity is mixed (Italian and Sephardi Jewish). Lea is the only child of Edith Thomasina, a retired nurse, and Mark David Sarfati, a real estate agent, and former delicatessen owner,

Her family was very much concerned about her career due to which her parents rented an apartment in Manhattan for the sake of her easiness in performing at Broadway’s. Her interest was in many sectors like singing, dancing, acting, and in Varsity sports and to keep her notion and interest fresh, she took part in school level singing and sports programs from the very early age of life.

Regarding her education, Lea Michele studied at Rockland Country Day School in Congers, New York, and later from 2000 to 2002, she attended Stagedoor Manor in the Catskills, a center for performing arts training. Later, she also refused to be admitted to New York University’s Tisch School of Arts making herself exposed to Professional learning.

What is the profession of Lea Michele?

Who is Lea Michele married to?

Reflecting on her personal life, Lea Michele was married to Zandy Reich on March 9, 2019, in Northern California. The duo was rumored to have started dating July 2017, before taking it a step further on the 28th April 2018 when Zandy Reich popped the big question to her with 4 karats diamond ring. At present, the duo enjoying their marriage life happily without the extramarital affairs.

Before Michele met Zandy, she was once in a lovely relationship with actor who died in 2013 from an overdose in his hotel room. They were together for four years before his unfortunate demise. After that, she was rumored to have had a thing going with Robert Buckley in 2016 before their relationship hit the rocks.

How much net worth does Lea Michele?

The talented actress and fashionable singer annual earnings are pegged at $80,000 which accrued from her theater and television acting, singing, book and as a brand ambassador for companies such as L’Oreal with which she signed a deal worth a million dollars. As per online sites, her net worth said to be $12 million as of 2019.

How tall is Lea Michele?

Our contents are created by fans, if you have any problems of Lea Michele Net Worth, Salary, Relationship Status, Married Date, Age, Height, Ethnicity, Nationality, Weight, mail us at [email protected]