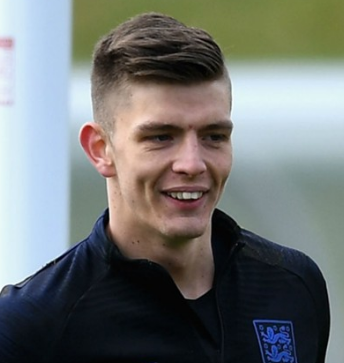 Nicholas David Pope is popularly known as Nick Pope who is an England goalkeeper. He is currently playing for premier league club Burnley and England national team. His playing position is a goalkeeper. His shirt number is 29. Harry Kane and Jack Butland are his national teammate. He is an experienced and professional goalkeeper of England.

Nick Pope was born on 19th April 1992 and his birthplace was Soham, England. His nationality is England. He didn’t speak about his parents and siblings. He is of white ethnicity. He gets an education from King’s school and West Suffolk College. He was shifted to Ipswich town after finishing school.

Pope joined the youth football club in Ipswich town and remain there until he was 16. He signed a contract with league one club Charlton Athletic on 24th May 2011 when he was 19 years old and appears 33 games for the club. On 11th August 2011, Pope was a loan to Isthmian League Premier Division Club Harrow Borough. He kept three clean sheets and save two penalties in 19 matches.

He made a professional debut on 4th May 2013 for the Charlton Athletic club coming as a 71st-minute substitute and made a victory against Bristol City. After that club let him sign a contract for the next three years in September 2013. At the beginning of 2015, Pope joined an association club Bury to loan and made his debut to a club against Wycombe Wanderers. He made his way to premier league Burnley signing a three-year contract for an undisclosed fee.

Pope started his international career only in the 2018 world cup in Russia. He was called to a 23-man squad of England in the 15th March 2018 World Cup. He debuts for his country on 7th June 2018 as the 65th-minute substitute.

Our contents are created by fans, if you have any problems of Nick Pope Net Worth, Salary, Relationship Status, Married Date, Age, Height, Ethnicity, Nationality, Weight, mail us at [email protected]