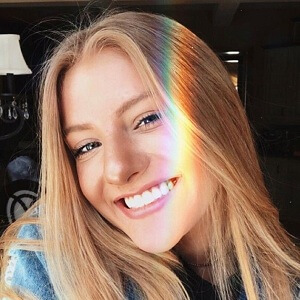 Paige Hyland is a Jazz and musical theatre dancer who is very famous for her appearance on Lifetime’s Dance Moms. She was placed 1st on season 2, episode 7. Paige seems to run in Hyland’s blood whose mother and siblings are excellent dancers as well. She represents herself as a very confident and hardworking dancer.

When was Paige Hyland born?

Paige Hyland was born as Paige Mackenzie Hyland on November 1, 2000, in Pennsylvania, USA. As of 2020, her age is 19. Paige was born to parents Kelly and Randy Hyland as the youngest child. Talking about her siblings, she has a brother named Josh and a sister Brooke. She shares a brilliant bond with both her siblings, but has fewer fights with her brother as compared to her sister.

Her best friends are Chloe Lukasiak and Nia Frazier, who also danced with her. Talking about her education and her training, all the credits goes to her mother for the dancing achievements. She was the one who took her to the dance school and later on enrolled for ‘Dance Moms’. Paige attends Franklin Regional High School with Brooke and Josh.

The dancer was 9 years old when she starred on the ‘Dance Moms’ reality show with her elder sister Brooke. Performing in the show was never easy for her. She was considered to be the weakest one on her team by Abby in the reality show.

After the controversial fight with Abby, she didn’t let the unfortunate turn of events take over her career, she quickly reactivated her YouTube channel and posted videos with her family. Her YouTube channel largely comprises of question and answer sessions, dance uploads, and routines. It was no surprise that she quickly acquired more than 550K subscribers. This shows the patience and hard work she has put into her career and training.

Paige has been through several ups and downs through her career, during her time on Dance Moms, Paige was pointed as one of the weaker dancers on the team. Her mother, Kelly, often got into fights with Abby due to the unfair treatment of Paige. P

aige and her family finally departed from the show after a physical altercation between Kelly and Abby in “Big Trouble in the Big Appl”. During the fourth episode, Abby revealed that the Hyland sisters were dismissed from the team and decided not to make a return on the show.

Is Paige Hyland dating anyone?

Paige isn’t dating anyone as of the year 2020, she is a very hardworking and obedient girl who is dedicated more into her career rather than spending time on finding a partner. She is still on the very young side of her life and has an ample amount of time for her love life. As of now, she is single.

What is the Net Worth of Paige Hyland?

The confident girl is no surprise a huge star by now. She earns mostly from brand endorsements, TV shows, her YouTube channel, and her Instagram posts. Her net worth is estimated to be around $2 million but her accurate earnings are still hidden from the media.

How tall is Paige?

Paige Hyland has maintained a very athletic and attractive body, standing tall at a height of 5’8″. She weighs about 58 kilograms. Her body features blue eyes and blonde hair. Furthermore, her other body measurements measures at 35-26-36 inches.

As a popular dancer and star, she has earned about 406.4K followers on her TikTok account by showcasing her skills and dance moves. Paige joined twitter in June 2011 carrying over 578.4 k followers. Similarly, her official Instagram goes by the username @paigehyland1 which has amassed over 3.5 million followers.

Our contents are created by fans, if you have any problems of Paige Hyland Net Worth, Salary, Relationship Status, Married Date, Age, Height, Ethnicity, Nationality, Weight, mail us at [email protected]