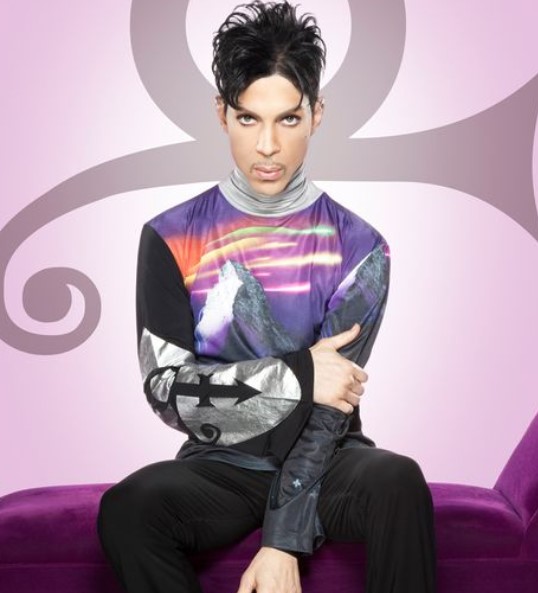 Prince was an American singer, songwriter, musician, record producer, dancer, actor, and filmmaker who was widely known for his eclectic genre-crossing work, energetic live shows, and wide-ranging singing voice all over the world. He was also known as the pioneer of Minneapolis sound and was listed as one of the greatest artists of all time.

Born as the son of songwriter John Lewis Nelson, Prince entered the music industry with the release of his debut album, “For You” in 1978. Prince also made his film debut with “Purple Rain” where his hit soundtrack “Purple Rain” was also used which also earned him the Academy Award for Best Original Song Score. Besides, he was also inducted into the Rock and Roll Hall of Fame in 2004.

Cause of Death of Legendary Singer, Prince!

Prince, the legendary singer, passed away at the age of 57 on April 21, 2016, following his illness earlier the month. Earlier, on April 7, 2016, he saw doctors and even had postponed two performances due to his illness.

Even though he was not feeling well, he performed his final show on April 14, thus the next day, he became unresponsive while flying back to his home. It was reported that the reason for his unconsciousness was an overdose of opioids.

He suffered from dehydration and had influenza for several weeks before he was found unresponsive in an elevator on April 21. After performing CPR, it was noted that he had been dead for at least six hours before they found him.

Prince’s remains were cremated and his ashes were placed into a custom, 3D printed urn shaped like the Paisley Park estate, and was also placed on display in October 2016.

On April 21, 2020, on his 4th death anniversary, “Let’s Go Crazy: The Grammy Salute To Prince” was aired on Tuesday night on CBS as a tribute to the legend.

What was Prince Famous for?

How was Prince’s Early Life?

Prince was born on June 7, 1958, in Minneapolis, Minnesota, United States. His birth name was Prince Rogers Nelson. His nationality was American. Prince belonged to African-American ethnicity while Gemini was his zodiac sign.

Prince was born in a well-renowned family as the son of Mattie Della(mother) and John Lewis Nelson(father). His father, John, also known by the stage name Prince Rogers was a popular jazz musician, pianist, and songwriter, and his mother, Mattie was also a jazz singer. Prince was given his father’s stage name, Prince Rogers, which his father used while performing with his mother in a jazz group called the Prince Rogers Trio.

Prince grew up with his younger sister, Tyka(b. 1960) such that both of them were encouraged by their father and they soon developed a keen interest in music at a young age. However, when Prince turned 10, his parents divorced and his mother remarried to Hayward Baker(step-father), who took Prince to see James Brown in concert.

He had a fraught relationship with his step-brother, Omarr, that he repeatedly switched homes, sometimes living with his father and sometimes with his mother and stepfather. But at the time, he began to live in the basement of the Anderson family, after his father kicked him out where Prince became friend with Andersons’s son who later collaborated with Prince and became known as André Cymone.

Reflecting on Prince’s education, Prince attended Minneapolis’ Bryant Junior High and then Central High School, where he played football, basketball, and baseball. Later, he joined the Minnesota Dance Theatre through the Urban Arts Program of Minneapolis Public Schools. While in college, he met songwriter and producer Jimmy Jam in 1973 who was impressed with his talent and helped him to a wide world.

He even had written his first song, “Funk Machine”, on his father’s piano when he was just 7. By the age of 14, he even formed his first band, “Grand Central”.

Who was Prince Married to?

Prince got married twice throughout his lifetime. He first got married to Mayte García. Mayte is an American dancer, actress, and singer whom Prince saw for the first time while she was just 16, standing outside of his tour bus. After Mayte finished her high schooling, she worked as one of his backup singers and dancers.

On February 14, 1996, Mayte, 22, and Prince, 37 got married at a grand wedding. They together had a son named Amiir Nelson, who was born on October 16, 1996, and died a week later on October 23 after suffering from Pfeiffer syndrome. The miscarriage took a troll and eventually after 4 years of their marriage, they divorced in 2000.

Later, in 2001, Prince married his second and last wife, Manuela Testolini in a private ceremony, but that also didn’t help and they soon divorced in 2006. Prince had no children at the time of his death.

Besides, he had dated several ladies mainly celebrities over the years throughout his lifetime including  Kim Basinger, Madonna, Vanity, Sheila E., Carmen Electra, Susanna Hoffs, and Sherilyn Fenn.

Prince was also an animal rights activist and later turned to be a vegetarian.

How Tall was Prince?

He had a great style and way of living. Prince had black hair and light brown eyes.

What was the Net Worth of Prince?

Prince was a multi-millionaire at the time of his death. He had quite mesmerizing net worth from his work in the music industry for a long time. He had been in the field for more than a decade, and undoubtedly he had managed to amass a million-worth fortune from his several hit albums and tours and movies. His net worth at the time of his death was around $300 million.

With no children and wife, Prince’s multi-million property had to be inherited to someone so, the Carver County district judge Kevin Eide declared that as Prince died without a will so only living relatives of Prince are his heirs: his sister, Tyka Nelson, and five half-siblings – Sharon Nelson, Norrine Nelson, John Nelson, Omarr Baker,  and Alfred Jackson.

Besides, The Prince estate is managed by Paisley Park Enterprises and Comerica Bank & Trust.

Our contents are created by fans, if you have any problems of Prince Net Worth, Salary, Relationship Status, Married Date, Age, Height, Ethnicity, Nationality, Weight, mail us at [email protected]