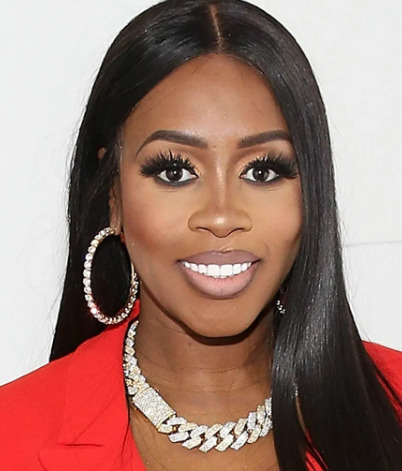 Reminisce Mackie professionally named Remy Ma is an award-winning rapper who is famous for her collaborations in hit songs such as  Ante Up, Lean Back, Conceited and All the Way Up. Moreover, she has been nominated for three Grammy awards and is one of the five female rappers to ever top the Billboard Hot 100 list. She was initially discovered by Big Pun, and came to prominence for her work as a member of Fat Joe’s group, Terror Squad. She released her debut studio album There’s Something About Remy: Based on a True Story on 7th Feb. 2006. Her most successful songs include “Ante Up (Remix)”, “Lean Back”, “Conceited”, and “All the Way Up”.

What is the real name of Remy Ma?

Remy Ma was born on 30th May 1980 in South Bronx, The Bronx, New York City, New York, the USA. Her real name/birth name is Reminisce Smith. She belongs to the American nationality and her ethnicity is Mixed. She experienced first-hand the consequences and terrors inflicted by her family’s drug habits. In fact, she was the caretaker of her little brothers and sisters from a very small age. She has two sisters named Remeesha Blount (Sister), Kristin Devereaux (Sister). She completed her education from Marymount Manhattan College, Upper East Side, New York, USA. She is Christian by religion.

How Remy Ma Pursue her career as a rapper?

How much is Remy Ma’s Net Worth?

Remy Ma is an American rapper. And with her rapping career, she has accumulated a huge amount of money. She has an estimated net worth of $4 million US. Her earnings as a rapper are $67K USD or more. She also has a Youtube channel and her YouTube channel has an estimated earning of $99k US. Overall, she is satisfied with her earnings and she is living a luxurious lifestyle.

Who is Remy Ma’s Husband?

Remy Ma is a married woman. She was married to her husband Papoose (Shamele Mackie). Papoose is also rapper by profession. The couple was initially scheduled to be wed while Smith was incarcerated in 2008, but the wedding was called off after police caught Mackie attempting to smuggle a key into prison and banned him from visiting her for six months. They married in February 2016. Together, they welcomed their first child, Reminisce Mackenzie on the 14th of December 2018. Rema also has a child from her previous relationship. Her husband, Papoose has three children from his previous relationship. As of now, the duo is living a happy life without any disturbances. Her sexual orientation is straight.

Prior to her marriage with Papoose, Remy dated rapper Juelz Santana from 2004 to 2005.

How tall is Remy Ma?

Remy Ma is a very beautiful rapper with amazing body measurements. She is a brunette with dark eyes. She is 1.78 meters tall and weighs 53 kg. Her body stats are 34-27-32, and her cup size is 34C. Her shoe size is 10 US. Overall, she has got a healthy body with a glowing smile.

Our contents are created by fans, if you have any problems of Remy Ma Net Worth, Salary, Relationship Status, Married Date, Age, Height, Ethnicity, Nationality, Weight, mail us at [email protected]