Riley Harkins is a 15 years old teenager girl who went on missing on September 22, 2019, from Media, is found safe on Wednesday, October 2, 2019, in North Philadelphia. 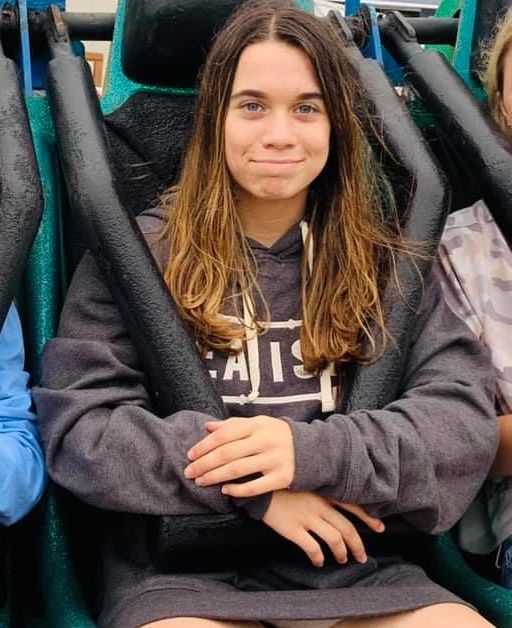 Riley Harkins is a 15 years old teenager girl who went on missing on September 22, 2019, from Media, is found safe on Wednesday, October 2, 2019, in North Philadelphia. Harkins was last seen at her house in Oakmont Place on September 22, after which she left her home with her friend, Natalie Ciferni and went on missing for 12 days. Her friend, Ciferni was found on Monday, September 30, 2019, but Harkins was found two days later on October 2, 2019.

What is Riley Harkins Known as?

When and Where was Riley Harkins Born?

Harkins is a beautiful teen who is very fond of outdoors like trekking and going on the trip. Harkins is a very close friend to Natalie Ciferni.

When Did Harkins Go On Missing?

Riley Harkins went out from Media on September 15, along with her friend, Natale Ciferni and headed up to the new place. Harkins then after was last seen in the Kingsessing section of Philadelphia around the area of 57th Street, 54th Street, Redland Street, and Greenway Avenue.

However, her friend, Natalie Ciferni, who ran away with her, returned home safe at 7 PM on Monday, September 30, 2019.

But Harkins was left behind. The Media Police Chief Martin Wusinich even said that according to his perspective she might probably in potentially in grave danger because of the long length of time and lack of solid tips on her whereabouts.

The investigation showed Riley and her friend took a train into Philadelphia and eventually met up with at least two other people who were older and whom they had never seen before.

After Ciferni was asked she told police that they had been taken to a home in the Kingsessing section of Southwest Philadelphia. Police sources believed  Riley was possibly being held against her will.

Even after a week of investigation, there was no information about Harkins, her family and friends created a Facebook page titled, “Missing Teen Riley Harkins-15yr” to plead for the public’s help. The recent post of September 25 was shared for more than 2,700 times.

Riley Harkins was found on Wednesday afternoon, October 2, 2019, after she went on missing for almost two weeks. Harkins was located in North Philadelphia after more than a week of searching by the combined force of police, family, and friends.

People were leading up with happiness and joy after they heard the good news of Harkins been found safely and celebrated the day. Her family thanked all of the fellow law enforcement partners, including the lead agency, the Media Police Department, the Criminal Investigation Division, as well as the Philadelphia Police Department,

the SEPTA Police Department, the Federal Bureau of Investigation, and the United States Marshals Service for their great work in ensuring Riley’s safe return.

How Tall is Riley Harkins?

Riley Harkins is a beautiful teenager who stands tall with a height of 5ft. 2inch.(1.57m). Harkins has a fair complexion with brown hair and brown eyes.

Our contents are created by fans, if you have any problems of Riley Harkins Net Worth, Salary, Relationship Status, Married Date, Age, Height, Ethnicity, Nationality, Weight, mail us at [email protected]