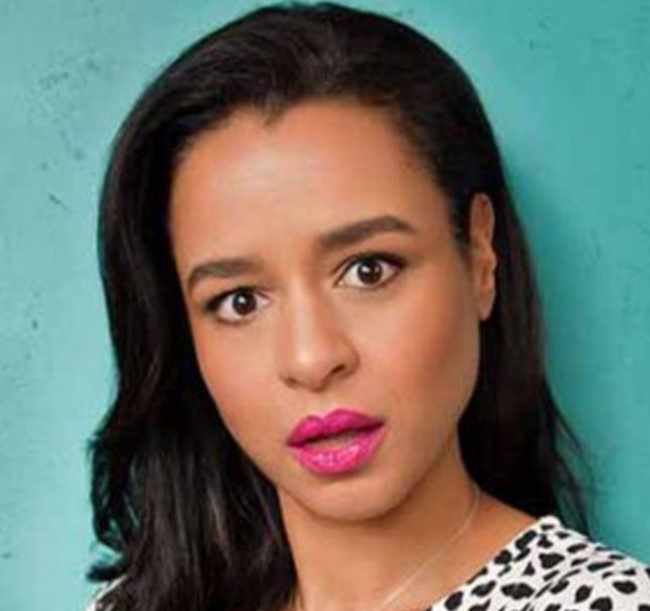 Sarah Anne Cooper is an American author, speaker, and comedian based in New York City. Sarah is famous for her satirical corporate news and humor blog The Cooper Review. She is an author of bestselling books “How to Be Successful Without Hurting Men’s Feelings” and “100 Tricks to Appear Smart in Meetings.” Also, she has written for the animated TV series Science. She is recently trending on all over social media for her Donald Trump impressions video.

In April 2020, Sarah began lip-syncing Donald Trump on TikTok while in quarantine. She lip-synced the statements made by Donald Trump on potential cures for the coronavirus. She went viral with a 50-second clip called “How to Medical,”. It has been viewed almost 25 million times on Twitter, YouTube, Instagram, and Facebook. She has created dozens more Trump lip-syncs each garnering millions of views, landing her on The Tonight Show, Ellen, The New York Times, and countless others.

What is Sarah Cooper Famous for?

Where was Sarah Cooper born?

Sarah Cooper was born on December 19, 1977, in Jamaica. Her birth name is Sarah Anne Cooper. She was born to father, Lance G. Cooper, and mother, Jennifer P. Cooper. Her family moved to Rockville, Maryland, the USA when she was three years old, in 1980. Her father was an electrical engineer at the Washington Metropolitan Area Transit Authority while her mom worked in the human resources department of a consulting company. She holds Jamaican nationality and she is from Jamaican ethnicity. Her zodiac sign is Sagittarius.

Regarding her education; Sarah attended a local high school. After High school graduation, she enrolled in the University of Maryland and graduated with a degree in economics. She is also a graduate of the Georgia Institute of Technology in Digital Design.

Sarah Cooper is a married woman. She is married to a software engineer, Jeffrey de Blanc Palm. The couple met while worked as software designers for Google Docs. They married on 7 February 2015. The coupe does not share any kid for now. However, they are spending a happily married life and have a beautiful bonding.

Sarah Cooper is a gorgeous lady with an amazing personality.  She has a slim body build. She has a decent height and weight. There is no information about her body measurement. Her sexual orientation is Straight.

Possibly, Sarah Cooper has made quite good earnings from her professional career as an author, speaker, and comedian.  Currently, we don’t have any information about her net worth and salary. We will update you soon.

Our contents are created by fans, if you have any problems of Sarah Cooper Net Worth, Salary, Relationship Status, Married Date, Age, Height, Ethnicity, Nationality, Weight, mail us at [email protected]