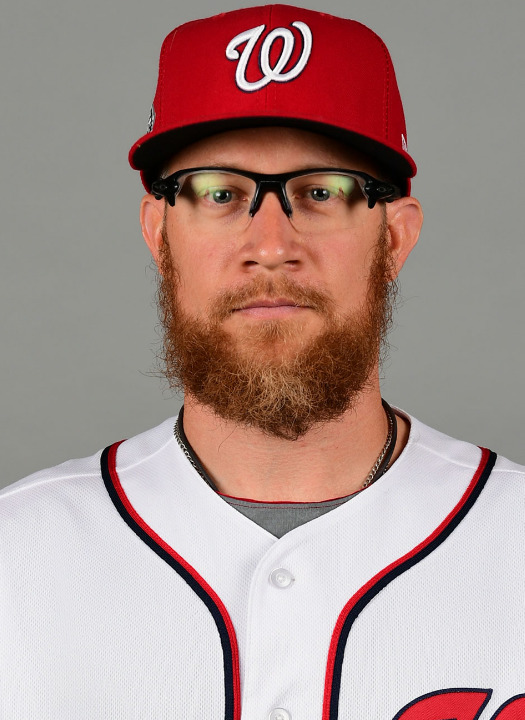 Sean Doolittle is an American professional baseball pitcher who currently plays for the Washington Nationals of Major League Baseball(MLB). Doolittle previously played for the Oakland Athletics. Doolittle was even named All-Star twice in 2014 and 2018. Doolittle and his current team, Washington Nationals became the World Series Champion after they beat Houston Astros in 2019. Also, Doolittle is the only player so far to turn down the invitation to meet President Trump on November 4, 2019.

What is Sean Doolittle Famous for?

Where is Sean Doolittle From?

Sean Doolittle was born on September 26, 1986, in Rapid City, South Dakota, United States. His birth name is Sean Robert Doolittle. His nationality is American. Doolittle belongs to White ethnicity while Libra is his zodiac sign.

Sean Doolittle was the son of Rory Doolittle(father) and Debbie Doolittle(mother). His father, Rory is a retired Air Force navigator while his mother, Debbie has her own woodland animals. Sean was raised in Tabernacle Township, New Jersey along with his brother named Ryan Doolittle.

Ryan was also a part of the Athletics’ farm system before. Sean and Ryan lived close to the baseball field while Sean even played at Babe Ruth Baseball as a pitcher. Sean attended Shawnee High School in Medford, New Jersey, where he played as a stand-out pitcher. Doolittle led his high school, Shawnee to a state championship.

After Doolittle graduated from high school, he joined the University of Virginia where he played as both a starting pitcher and first baseman. Doolittle was named to the USA National Baseball Team(collegiate) twice. Moreover, his team won the gold medal at the World University Championship in 2006.

Who is Sean Doolittle Married to?

Sean Doolittle is a married man. He is married to his heartthrob, Eireann Dolan. Dolan is a prolific writer and also is a former broadcaster for CSN. Dolan and Doolittle met for the first time in 2012 through their mutual friend. After dating for more than five years together, the couple got engaged in February 2017. Later, on October 2, 2017, the couple got married. The couple don’t have any children yet.

Besides, Doolittle is a great animal lover and a supporter of the LGBT community. Doolittle is the only player so far who has turned down the chance to meet President Trump and visit White House On November 4, 2019, because his wife, Dolan’s parents are lesbian.

What is the Net Worth of Sean Doolittle?

Sean Doolittle has quite a great earning through his professional career as a baseball pitcher. Doolittle has managed to amass a great fortune of the amount in million dollars through his contract deals, salaries, and bonus. Doolittle enjoys his fortune which is estimated to be around $1.55 million. Currently, at Washington Nationals, he earns a salary of $4.3 million.

In 2014, he had signed a five-year contract deal with Athletics worth $10.5 million. With the fortune in million dollars, he has managed to live a lavish and luxurious lifestyle.

How Tall is Sean Doolittle?

The 33 years old baseball player, Sean Doolittle has a maintained average body physique. He stands tall with a height of 6ft. 2inch.( while his body weighs around 92kg. He has a fair complexion with brown hair and blue eyes.

Our contents are created by fans, if you have any problems of Sean Doolittle Net Worth, Salary, Relationship Status, Married Date, Age, Height, Ethnicity, Nationality, Weight, mail us at [email protected]