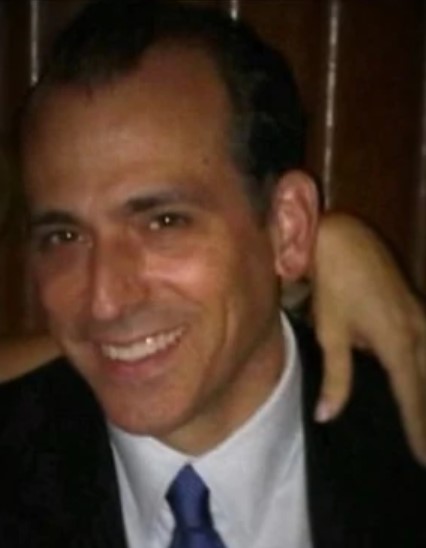 Tommy Manzo is an American entrepreneur who gained recognition as the ex-husband of reality TV star, Dina Manzo. Dina is well known for her appearance in the reality show, “The Real Housewives of New Jersey”. Tommy and Dina were married for 5 years until 2012 when Dina filed for divorce.

Manzo along with his brother, Albert runs an event and catering facility, “The Brownstone”. Manzo hit the headlines on June 30, 2020, after he was arrested by FBI agents along with a reputed mobster for having his ex-wife, Dina’s current husband, David Cantin(then boyfriend) beaten up in exchange for a lavish wedding reception at the Brownstone Restaurant in Paterson in July 2015.

What is Tommy Manzo Famous for?

Where was Tommy Manzo Born?

Tommy Manzo was born in 1965 in New York United States. His birth name is Tommy Manzo. His nationality is American. Manzo belongs to White ethnicity.

Tommy was born as one of the sons of his late father, Albert “Tiny” Manzo, who was first involved with “The Brownstone” as the building holds a long history. His father actually was the one who bought the Brownstone from Tom Clune and Rita Coriani.

Also, in the first season of Real Housewives of New Jersey, at the reunion special, it was revealed that his father was murdered. Tommy grew up along with his brother, Albert Manzo. He is the uncle of Albert’s children, Albie Manzo, Lauren Manzo, and Christopher Manzo.

Tommy Manzo is an entrepreneur who currently serves as the co-owner of a popular event and catering facility in Paterson, New Jersey, named as “The Brownstone”. Tommy handles the business along with his brother, Albert.

Having started the business from a low, the Brownstone has evolved into an event center, bakery, and catering company. Over the years, the Brownstone has been featured on many episodes of “The Real Housewives of New Jersey”, especially since the Manzo family calls it their home and revolves their life around it.

Tommy Manzo was previously married to Dina Manzo(Claudine J. Laurita). Dina is an American television personality and entrepreneur who is known for appearing on “The Real Housewives of New Jersey”. Dina and Tommy got married in 2007 in a grand wedding worth $1.1 million with over 600 guests. However, they got separated in 2012 and got officially separated in 2016.

There were also rumors that Dina also had been faithful towards Tommy at the time as she was said to have affair with one of the brothers associated with the Corrado Market.

On June 30, 2020, Tommy pleaded guilty to federal charges of hiring a Lucchese crime family soldier, John Perna to attack his ex-wife, Dina’s current husband, David Cantin in July 2015. Tommy was arrested by FBI agents along with a reputed mobster to have beaten up David in exchange for a lavish wedding reception at the Brownstone Restaurant

in Paterson in July 2015. It was the time during which Dina and Tommy had separated and Dina was dating David.

Tommy Manzo has quite good earnings from his professional career as an entrepreneur. Having been in the field of the business for years, Manzo has allegedly managed to amass a healthy fortune from his company, “The Brownstone”.

His net worth is estimated to be around $8 million.

Tommy Manzo is a good-looking man in his 50s. He stands tall with a height of 5ft. 10inch.(1.78m) while his body weighs around 81kg(178 lbs). He has a fair complexion with bald hair and brown eyes.

Our contents are created by fans, if you have any problems of Tommy Manzo Net Worth, Salary, Relationship Status, Married Date, Age, Height, Ethnicity, Nationality, Weight, mail us at [email protected]