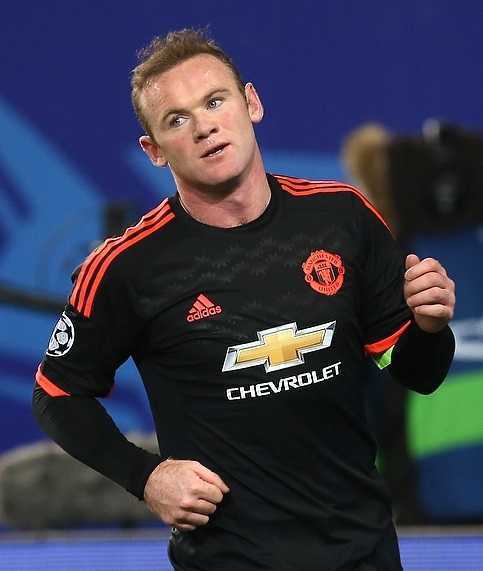 An English professional footballer who plays for Major League Soccer team D.C. United is named as Wayne Mark Rooney. He is simply named Wayne Rooney. He is the record goalscorer for the England national team and for Manchester United. He is the only English player to win the Premier League, FA Cup, UEFA Champions League, League Cup, UEFA Europa League, and FIFA Club World Cup. He has won the Goal of the Season award by the BBC’s Match of the Day poll on three occasions, with his bicycle kick against city rivals Manchester City winning the Premier League Goal of the 20 Seasons award. He is a very talented footballer.

Wayne Rooney missed a penalty in a shootout as DC United were knocked out of the MLS playoffs in the first round by Columbus Crew. The former England captain, 33, took the first penalty after the match had finished 2-2 following extra time, but his shot was saved by Zack Steffen. Luciano Acosta and Nick DeLeon also missed from the spot as DC lost the shootout 3-2. Earlier, DeLeon had scored in the 116th minute to send the game to penalties. Frederic Brillant had given DC the lead in the 21st minute, before Federico Higuain – the brother of AC Milan striker Gonzalo Higuain – scored twice for Crew. “It’s disappointing to lose on penalties but as a team, we can be extremely proud of what we have achieved in the last few months,” said Rooney.

On 24th October 1985, Rooney Wayne was born. He was born in Croxteth, Liverpool, England. His nationality is English. As of 2018, his age is 33. His birth sign is Scorpio. His ethnicity is Irish. He was born to the father Thomas Wayne Rooney and mother Jeanette Marie. His family followed the Roman Catholic faith. He grew up with his younger brothers, Graham and John.

Regarding his education, he attended “Our Lady and St Swithin’s primary school”. After that, he studied at De La Salle School. Then he focused more on football than studies.

Rooney has got an athletic body with attractive looks. He has a height of 5 feet 9 inches. He has a balanced weight of 83 kg or 182 lbs. His look is very handsome. With his glowing smile, he attracts a lot of people towards him and he has also gained a lot of attention. His other body measurement such as arms size, waist size will be updated soon.

Rooney is a married man. He is married to his long-term girlfriend, Coleen Rooney. The couple met for the first time in secondary school. In the year 2002, they started dating and then got married on 12th June 2008. The marriage ceremony took place at the Abbey of Cervara. The couple is blessed with 3 children named, ‘Kai Wayne’, born on November 2, 2009, ‘Klay Anthony’ born on May 21, 2013, ‘Kit Joseph’ born on January 24, 2016. As of now, they live together happily with no sign of separation. They are living a peaceful life.

Net Worth of Rooney

The net worth of this well-known footballer will be surely in millions. His net worth is estimated to have $160 million as of 2018. He is earning a good amount of money from his career. His exact salary is £ 13 million in the year 2015 but as of 2018, his exact salary has not been revealed yet and will be updated soon. He is successful in his personal life as well as in his career life.

Our contents are created by fans, if you have any problems of Wayne Rooney Net Worth, Salary, Relationship Status, Married Date, Age, Height, Ethnicity, Nationality, Weight, mail us at [email protected]