Arnold Schwarzenegger and his estranged wife, Maria Shriver get official divorce after a decade of separation

Tuesday 28 December 2021 is the day when actor Arnold Schwarzenegger and his wife Maria Shriver got the official divorce. The couple had parted ways in 2011 when Maria discovered Arnold’s infidelity in a detective way. It took the couple a decade to get the legal divorce papers in hand since they had no prenuptial agreement and the property division took so long.

The couple, Arnold Schwarzenegger, 74 and his wife, Maria Shriver, 66 ultimately got a legally divorce. It was in 2011 that the two separated. On 1 July 2011, Maria put in her divorce papers in the court. But the complex property matters took this long to be agreed upon. The duo did not have any prenuptial agreement prior to their marriage. The assets are worth USD million. They will be taking equal share of it.

Earlier this month, a private judge intervened and with his negotiating power sorted out and smoothened the property division. A sitting judge of the Los Angeles Superior Court went through the case and granted the couple divorce on 28 December 2021.

Arnold and Maria: the relationship timeline of the couple

Actor Arnold and Maria wed on 26 April 1986 in Hyannis in Massachusetts. They share 4 children together. They are Katherine Schwarzenegger (born on 13 December 1989), Christina (born on 23 July 1991), Patrick (born on 18 September 1993), and Christopher (27 September 1997). Katherine is married to Chris Pratt and they have one child together. It is a daughter called Layla and she is 16 months old now.

The couple had a Guatemalan housekeeper named Mildred Baena. She has a son called Joseph Baena who was born on 2 October 1997. Journalist Maria noticed that Joseph resembled Arnold a lot. She suspected something fishy and directly asked the maid about the father of her son. After much pestering, Mildred confessed that Arnold had illicit relations with her and he is the father of her child. Arnold admitted to his infidelity. This led the marriage to collapse. In May 2011, the couple parted ways and filed for divorce. Now they have a legal divorce.

During the split, the actor had admitted that it was tough for him to deal with the separation from his wife. His children, near family and others also found it difficult to come to terms with. But it was inevitable and he had to find a way to deal with it.

After filing for divorce, the couple continued to coparent their children. They are on amicable terms with no enmity between them. Over the years, their relationship has turned more cordial. In fact, there are photographs of the couple with Arnold’s son, Joseph. The latter works in the real estate.

Katherine had talked about how her parents help in care of her daughter Layla. She said in an interview that her parents are very excited in playing the role of grandparents. And Katherine loves to see them happy doing it.

Both Arnold and Maria had dated different people in the interim period. Arnold purchased a 4-bedroom house with a pool for Mildred and his son in Bakersfield, California. A few months after Joseph was born, Mildred separated from her husband, Rogelio. She filed for divorce in 2008. Arnold financially supports Joseph. 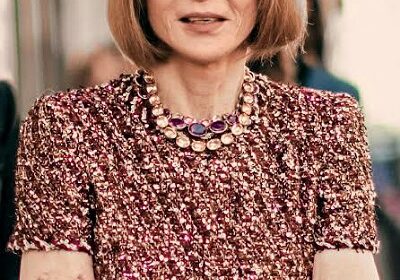 Anna Wintour is power-hungry and brutal to work with, says Alexandra Shulman!