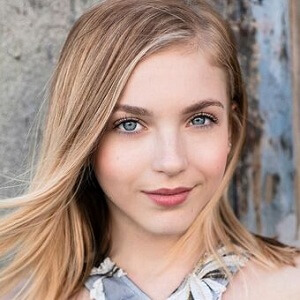 Brynn Rumfallo is an American dancer, model, and member of American reality television show cast.  She earned her fame in 2013 as a contestant on the 8th Season of America’s Got Talent.

She later got recognition from her innovative, contemporary dance styles and winning many national and regional competitions. In 2015, she even made an appearance on the Lifetime reality series, “Dance Moms” and soon became a permanent cast member in 2016, before leaving in 2017 after having appeared for three seasons.

How old is Brynn Rumfallo?

Brynn Rumfallo was born on July 1, 2003, in Phoenix, Arizona, USA. She is 17 years old as of the year 2020. Brynn is American by nationality, white by ethnicity, and her zodiac sign is Cancer. Talking about her family, her mother’s name is Ashlee Allen and her father’s name is Aaron Rumfallo.

The parents eventually got divorced when Brynn was 12 years old. She grew up alongside her two younger siblings, a sister named Sadie and a brother named Noah. Brynn loves and owns pet dogs named, Lucy and Gigi. Academically, there is no information about her educational history, however, she took dance classes from Club Dance Studio in Arizona.

Brynn Rumfallo started dancing at an early age of two and in 2006 she joined Club Dance Studio in Arizona under the guidance of her role model Alexa Moffett. In 2013, she auditioned for America’s Got Talent as part of the group “Fresh Faces”, along with four other girls from Club Dance Studio. The group qualified to the quarter-finals before getting eliminated. She even has performed a solo performance “Breathe” which was placed first among the juniors at the Hall of Fame Nationals in Las Vegas.

Brynn brought up her appearance on the 5th season of the show Dance Moms with her Club Dance teammate Sarah Reasons. Even if she appeared on only three episodes, her performance was lauded and she received an invitation again on probation in the next season of the show.

As of her modeling career, In 2014, Rumfallo first appeared in a back-to-school campaign for “Miss Behave Girls”. In 2015, she signed a contract with the pre-teen clothing company to make more appearances in their shoots. Since then she has been continuously representing the brand.

What is Brynn Rumfallo’s Net Worth?

Brynn Rumfallo has established herself as a popular dancer and model. Her net worth is estimated to be $250,000, which she earns mostly from her TV salaries, as well as from modeling activities and endorsements.

Who is Brynn Rumfallo dating?

Her height, weight, and body measurements

Brynn Rumfallo stands tall at a decent height of 5 feet 7 inches weighing about 55 kgs. Her attractive body is slim built and her beautiful blue eyes are sure to grab the attention of many individuals. She has luscious blonde hair as well.

Brynn has earned her fame through the use of image sharing app Instagram, she goes by the username @brynnrumfallo. The account has amassed over 3.1 million followers and provides its followers with Brynn’s lifestyle and fashion blogs. She showcases her progress in her dancing skills through the Tik Tok platform gaining about 567.2 K followers. The model joined Twitter in April 2017 and has gained 17.3 followers to date.

Brynn aka Rummy has her own self-entitled YouTube channel under the name “Brynn Rumfallo”. Her channel has gathered 367K subscribers and over millions of views on her videos. The videos are based upon hair tutorials, dance moves, reactions, and QnA sessions. Her fashion model page on Facebook shares her YouTube videos and several behind the scenes from her shoots.

Our contents are created by fans, if you have any problems of Brynn Rumfallo Net Worth, Salary, Relationship Status, Married Date, Age, Height, Ethnicity, Nationality, Weight, mail us at [email protected]