DMX is an American rapper, as well as an actor who is best known for his albums. 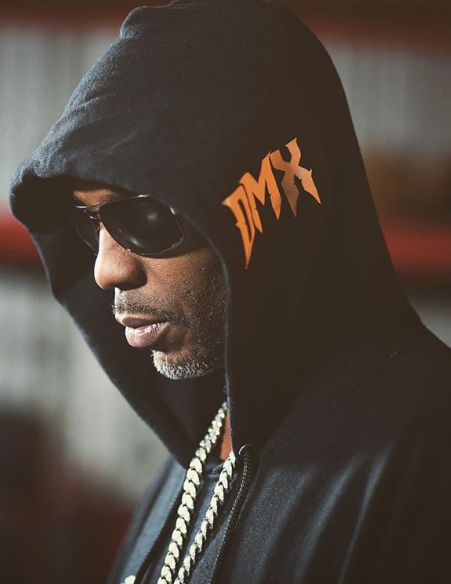 Earl Simmons aka DMX is an American rapper, as well as an actor who is best known for his albums, It’s Dark and Hell Is Hot (1998), and Then There Was X (1999). He is the first rapper in history to have released two number one albums in the same year and both of which debuted on Billboard 200. DMX often makes headlines because of his involvement in several legal issues.

Earl Simmons better known as DMX or Dark Man X was born to Arnett Simmons and Joe Barker in Mount Vernon, New York. He lived in New York as a child but his childhood was far from secure. Much of his youth was spent in group homes because of an abusive relationship with his parents.

DMX was frequently arrested during his teenage because of his criminal activities that included theft and strict fighting. He was once beaten so badly he lost teeth.

Additionally, He is American by nationality and belongs to Afro-American ethnicity group. He has four siblings; Bonita and Shayla are his elder sisters and his younger two brother’s name is unknown.

Career and Achievements of DMX

Believe it or not, DMX is the Fifth Best-Selling Rap Artist of the Nielsen SoundScan era in America. He broke through the mainstream with his first album It’s Dark, and Hell is Hot 1998 which peaked at the top spot on Billboard 200 chart and sold over 5 million copies. His quest for being the top rapper dint end there as he released his second album Flesh of My Flesh, Blood of My Blood 1998 and this too went atop of Billboard 200 making him the only rapper in all history to have two albums same year debut at number one.

Similarly, His success in music made him get offers to feature in films, and as of today, his films have grossed over $269 Million Worldwide. Some of his latest films and television shows where he has appeared are Top Five (2014), King Dog (2013), Black Ink Crew (2017) and many others.

Furthermore, DMX has received quite a number of nominations and has only won two awards thus 2 American Music Awards in the category of Favorite Rap/Hip-Hop Artist.

Net Worth of DMX

A New York-born actor and rapper DMX has a net worth of negative $10 million. Despite being very successful in both the music and acting world, his total income is in negative. In late July 2013, he filed for bankruptcy in a Manhattan court where he claimed to have roughly $50K worth assets and somewhere between $1 million to $10 million worth of debt to numerous creditors. And his owes $1.24 million in child support.

On a personal front, DMX is a staunch Christian and fathers fifteen children. He was married to Tashera Simmons for eleven years and although they are now separated, DMX believes they are still friends. He had a few affairs during his marriage resulting in illegitimate children. He has also experienced legal charges such as possession of illegal substances and driving under the influence of alcohol and has served his sentence. However, such situations have never held him back from being what he truly is; a great singer and one of the best in the business.

DMX has been involved in legal issues many times over the past few years which include resisting arrest, animal cruelty, drug possession, reckless driving, unlicensed driving, and identity falsification.

Similarly, in July 2017, he was charged with fourteen counts of tax fraud. Federal prosecutors charged him with failing to income tax from the year 2020 to 2015. DMX was pleaded guilty and in March 2018, he was sentenced to one year in prison including three years of supervised release. The further court ordered him to pay $2.29 million.

Talking about his body measurements, he stands a height of 5 feet 11 inches tall and weighs around 81 kg. Similarly, He has a pair of dark brown eyes. His other body measurements such as Arms/Biceps size, Chest size will be updated soon.

Our contents are created by fans, if you have any problems of DMX Net Worth, Salary, Relationship Status, Married Date, Age, Height, Ethnicity, Nationality, Weight, mail us at [email protected]