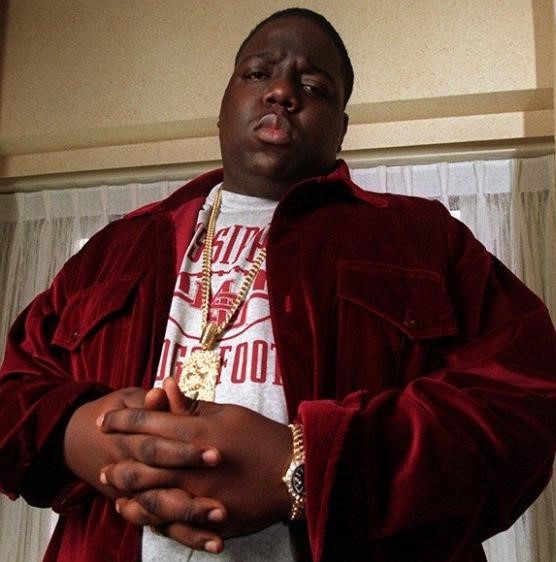 Facts of The Notorious B.I.G.

The Notorious B.I.G. was an American rapper, who is considered as one of the greatest and most influential rappers ever in history. He gained his first recognition with the release of his debut album, “Ready to Die” that made him a prominent figure in the East Coast hip hop scene. Even at a young age, he became the top-selling solo male rapper and artist of the genre in the U.S. However, The Notorious B.I.G was murdered on March 9, 1997, by firing 4 bullets on him and after 23 years of his death, The Notorious B.I.G. was inducted into the Rock and Roll Hall of Fame in 2020.

What was The Notorious B.I.G. Famous for?

Where was The Notorious B.I.G. Born?

The Notorious B.I.G. was born on May 21, 1972, at St. Mary’s Hospital in Brooklyn, New York, United States. His birth name was Christopher George Latore Wallace. His nationality was American. Wallace belonged to African-American ethnicity while Taurus was her zodiac sign.

The Notorious B.I.G. was born as the only child of Jamaican immigrant parents. His mother, Voletta Wallace, was a preschool teacher, while his father, Selwyn George Latore, was a welder and politician. When Wallace was just 2, his father left the family and his mother worked two jobs while raising him.

He grew up at 226 St. James Place in Brooklyn’s Clinton Hill, where he attended Queen of All Saints Middle School and completed it excelling in English and winning many awards.

Later, he joined Bishop Loughlin Memorial High School but he got transferred George Westinghouse Career and Technical Education High School, where rappers DMX, Jay-Z, and Busta Rhymes were also attending at the time. He was nicknamed “Big” because he was overweight by the age of 10 and by the time he was 12, he began dealing drugs.

At age 17, Wallace dropped out of school and became more involved in crime, he even got arrested on weapons charges in Brooklyn and sentenced to five years’ probation in 1989. In 1990, he was arrested on a violation of his probation and was arrested in North Carolina for dealing crack cocaine in 1991.

Besides, he began rapping as a teenager, entertaining people on the streets, and performed with local groups, the Old Gold Brothers as well as the Techniques. He decided to pursue his career in music and after his release from jail in 1991, he made a demo-tape, “Microphone Murderer” under the name “Biggie Smalls”.

Who Killed The Notorious B.I.G.?

The Notorious B.I.G. passed away at a very young age of 24 after he was murdered on March 9, 1997, by an unknown person as he fired 4 bullets on Wallace. A day after he presented an award to Toni Braxton at the 11th Annual Soul Train Music Awards in Los Angeles and attended an after-party hosted by Vibe and Qwest Records at the Petersen Automotive Museum, Wallace left with his entourage in two GMC Suburbans to return to his hotel due to overcrowding at 12:30 a.m. on March 9, 1997.

By 12:45 a.m. when all the road was crowded, a black Chevy Impala pulled up alongside his Suburbans and an unidentified African-American man drew a 9 mm blue-steel pistol, and fired at Wallace’s car. He was immediately rushed to Cedars-Sinai Medical Center, but he was pronounced dead at 1:15 a.m. In an interview, taken in February 1997, he stated that he had hired a security detail since he feared for his safety and it turned out to be correct as a month later, he was killed.

His autopsy, which was released 15 years after his death, showed that from the 4 shots only the final shot was fatal as it entered through his right hip and struck his colon, liver, heart, and left lung before stopping in his left shoulder. His funeral was held at the Frank E. Campbell Funeral Chapel in Manhattan on March 18, 1997, after which his body was cremated and the ashes were given to his family.

How was The Notorious B.I.G.’s Career?

Who was The Notorious B.I.G. Married to?

The Notorious B.I.G. was married to Faith Evans at the time of his death. Faith Evans is an American singer, songwriter, record producer, and actress with whom he met at a Bad Boy photoshoot. Faith and Wallace got married on August 4, 1994, and welcomed their son named Christopher Wallace, Jr.‘C.J.’ on October 29, 1996. However, just over 2 years of their marriage, Wallace was murdered and Faith eventually got married to Todd Russaw. Faith is currently married to Steven Aaron Jordan.

Besides, on August 8, 1993, Wallace’s longtime girlfriend gave birth to his first child, T’yanna, although the couple had split by then. Wallace was involved in several crimes throughout his lifetime.

What was the Net worth of The Notorious B.I.G.?

The Notorious B.I.G. had quite a great earnings from his professional career as a rapper. Establishing himself as one of the greatest rappers, he had managed to amass a million worth fortune from his several albums, and singles. His estimated net worth at the time of his death was $20 million.

Today, his estate has an estimated worth of $160 million.

How Tall was The Notorious B.I.G.?

Our contents are created by fans, if you have any problems of The Notorious B.I.G. Net Worth, Salary, Relationship Status, Married Date, Age, Height, Ethnicity, Nationality, Weight, mail us at [email protected]